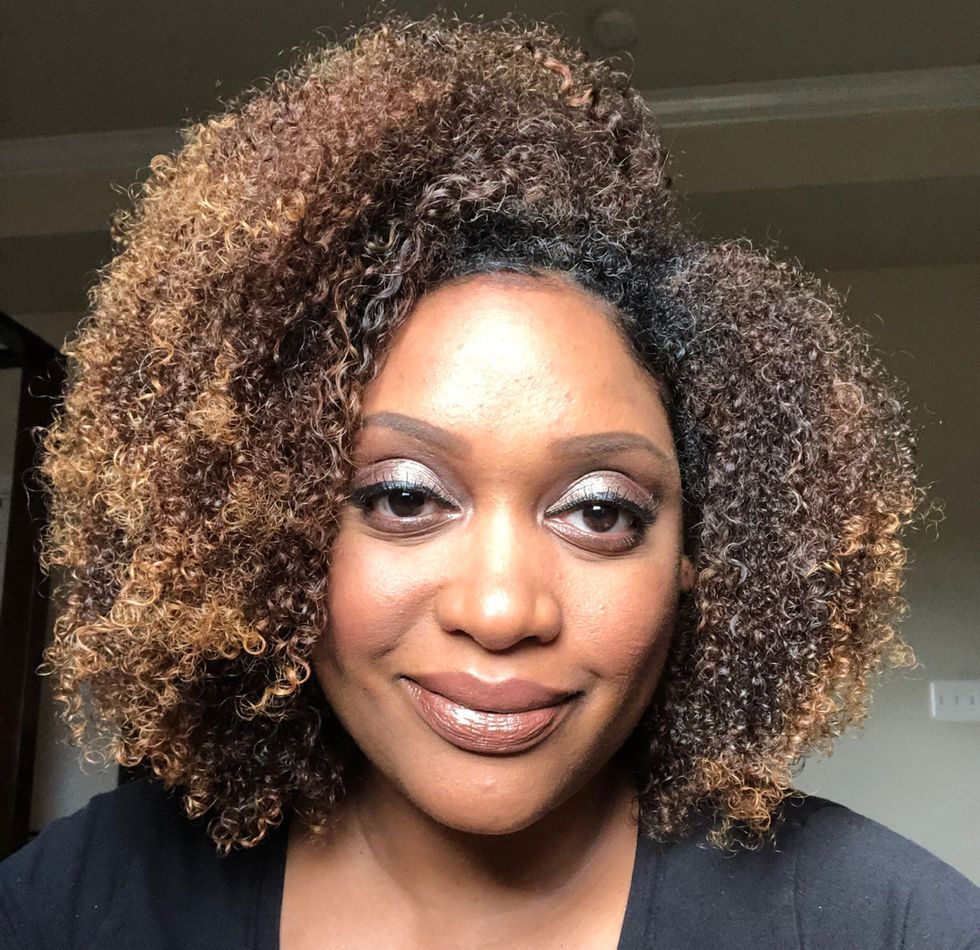 I'm Letting Myself Shed Tears for My Pain, and That's Okay

It's been six years since my suicide attempt. And I'm letting myself shed tears about it now.

Jaime Sanders is a #teamHealthyWomen Contributor and this post is part of HealthyWomen's Real Women, Real Stories series.

Six years. That's how long it's been since my suicide attempt. After decades of living with migraine pain, I had just wanted it to stop.

Last Sunday, as I waited in the terminal for my plane to start boarding, I was reminded of it by a Facebook memory. The realization of it hit me pretty hard. I immediately became sad and all of those horrible feelings came rushing back. But I shoved them down and tried to concentrate on getting to Arizona, with a migraine no less, in time for that evening's working Coalition For Headache And Migraine Patients (CHAMP) dinner.

Last week, I was in Scottsdale for the fourth annual CHAMP stakeholder meeting and the National Headache Foundation Patient Leadership Council's second meeting. From Sunday through Thursday, I had meetings, working dinners, workshops, and training sessions. I needed to be fully present at every single event. I already had to battle a daily intractable migraine, which was extremely challenging as it caused a lot of issues with concentrating and retaining information.

Having this memory hanging in the back of my mind the entire time made me feel detached from reality. Often, I would find myself wanting to burst into tears in the middle of a meeting or dinner. It was incredibly hard trying to be actively sharing ideas when I was a mess of emotions internally. So much of my energy was being spent battling physical and emotional pain that I barely had enough left-over to do the work I was there to do.

Honestly, most of last week is a blur. I do not remember much of what was said or done during the meetings, and I feel like an absolute failure for that. I could have reached out more than I did (a few of my closest friends I did tell), but I felt like a walking pity party when I did. I was holding up the façade pretty well—until Tuesday.

We had a media training that day and at one point, we were split into two groups to work on an interview exercise. Each of us were given a question to ask the next person and our task was to bridge into what our organization is about. Diane Byron Henry, of the Danielle Byron Henry Migraine Foundation, was in my group. Diane's daughter, Danielle, tragically took her life at the age of 17 after a long struggle with migraine disease. When it was Diane's turn to be interviewed, she spoke about her beautiful daughter and why the foundation was created.

It was difficult for Diane to talk about Danielle and hearing her story triggered a lot of emotions for me. I couldn't hold it in anymore and the tears just flowed down my face. My heart was breaking for both Diane and Danielle.

My own suicide attempt seemed so fresh and recent at that moment. The pain, anger and hurt it caused my own parents felt raw. I remembered my thoughts of thinking that there was nothing left fighting for because the pain was just too unbearable. All those emotions from six years ago came back.

And it was in that moment that I realized that I never allowed myself to be sad or grieve for myself. I was always preoccupied with feeling guilty, ashamed, and embarrassed about my actions. I had thought about how the attempt affected my husband, kids, and parents more than how it affected me. In some way, I felt like I didn't have the right to be upset about how it made me feel because of how it turned my family's life upside down. After what I put them through, how could I dare to be selfish and cry for the Jaime who was in so much pain?

After the training session ended, I went to my room to rest. By that time, my head was pounding and I needed to take my medicines and lie down for a bit before dinner that evening. Instead of napping, I found myself crying. Crying for the six years I held it all in. Crying for how desolate and defeated I felt. Crying for thinking my husband and kids would have a better and less burdensome life without me in it. Crying for believing that dying was far better than living.

Facebook is still reminding me through all of the “get well” posts family left on my wall six years ago. I am still processing it all. In fact, I cried writing this. None of this is easy and sometimes I think of how much easier it would have been had I been successful. Or would it? Who knows if I wouldn't have the same feelings of guilt and shame on the other side. Regret would probably be a big one, too, if I had completed the suicide.

Either way, I will most likely carry this for the rest of my life. But at least for now, I am grieving for the woman who just wanted all the pain from migraines to stop. For too long, I forbade myself to shed any tears for my pain. After six years, I think it's time to let her cry her heart out.

A version of this blog appeared on The Migraine Diva.