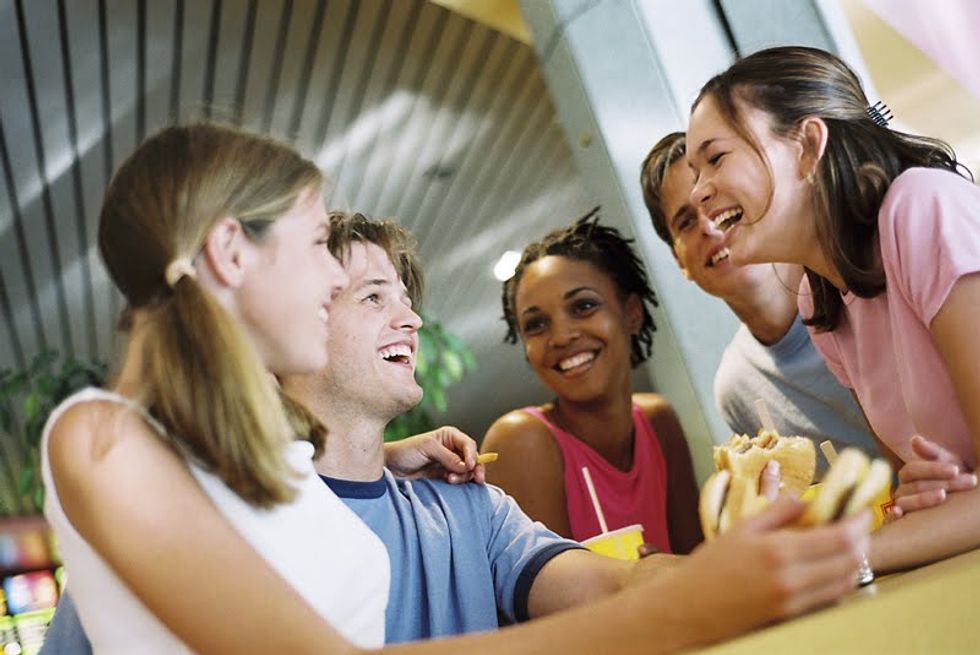 A U.S. study found that children, regardless of their weight, ate more when they were with their friends than with an unknown peer. An overweight child also was found to consume fewer calories when paired with a normal-weight friend than an with overweight friend. These results suggest that, similar to adults, the eating habits of children are "largely determined by their social network."

In a study of 9- to 15-year-olds, researchers found that all kids, regardless of their weight, tended to eat more when they had the chance to snack with a friend than when they were with a peer they did not know.

The findings, reported in the American Journal of Clinical Nutrition, highlight the role of friends' influence in how much kids eat -- and, possibly, in their weight control.

It's not surprising that children eat more when they are with friends instead of strangers, according to lead researcher Dr. Sarah-Jean Salvy, an assistant professor of pediatrics at the State University of New York at Buffalo.

The same pattern has been found in adults, Salvy told Reuters Health in an email. This, she explained, may be partly because people are more self-conscious around strangers, and partly because friends act as "permission-givers."

"They set the norm for what is appropriate to do, or in this case eat," Salvy said.