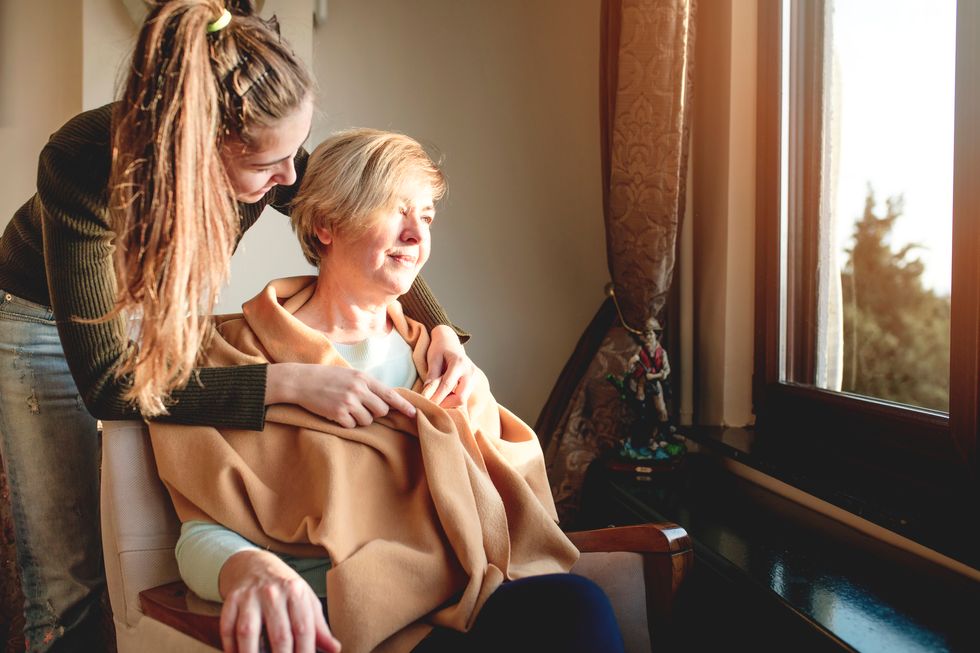 The U.S. population is aging, and with the aging population comes more cases of Alzheimer's disease and other forms of dementia. AARP invests in efforts to "disrupt dementia."

We might be living longer, but that doesn't always mean we're living better.

Worldwide, we've gained over 10 years of life expectancy since 1970. We're dying less of infectious diseases and malnutrition, but more of heart disease, Alzheimer's disease and cancer.

In the United States, the increase in life expectancy could be related to the increasing size of the older population, greater diagnosis of diseases in their earlier stages, better reporting by physicians and fewer deaths from other causes among the elderly, reports CNN. Such is both the upside and downside of living longer, which includes spending more time living with illness, too.

So, the good news is that we're living longer. But the bad, or potentially bad, news is that some of these "bonus" years don't necessarily mean enjoying good health and being able to make the most of them.

I attended an event last week to hear Jo Ann Jenkins, CEO of AARP, announce that AARP's Brain Health Fund is investing $60 million in the Dementia Discovery Fund to kick-start its "disrupt dementia" program. The campaign's aim is to discover new ways of diagnosing and treating Alzheimer's disease and other forms of dementia.

Currently, more than 6 million Americans suffer from various types of dementia, including Alzheimer's disease, and those numbers are climbing rapidly. Working alongside AARP is UnitedHealth Group and Quest Diagnostics, which have helped to bring the total amount of investment to $75 million.

First, a brief primer: There are many types and causes of dementia, an umbrella term for a set of symptoms which include impaired thinking and memory, under which Alzheimer's disease falls. But Alzheimer's is not the only disease that can cause dementia. So can things like Huntington disease, Parkinson's disease and Creutzfeldt-Jakob disease.

There's a desperate need for more research and ways to diagnose and treat dementia. I bet that almost every single one of us knows someone who has suffered through this disease. There are about 16 million family members and friends providing care for dementia victims in the U.S. alone; they provided an estimated 18 billion hours of unpaid assistance last year. And, the number of people diagnosed is projected to climb to a staggering 16 million by the year 2050—that's about one in five Americans age 65 or older. Despite those numbers, there's not been a new approved treatment for dementia in more than 15 years.

Learn how Robots May Soon Join Ranks of Alzheimer's Caregivers.

Not only is the prevalence and suffering upsetting to victims and caregivers, it is distressing to physicians as well. They are frustrated by the limited tools available to diagnose and treat their patients, according to an AARP survey. One in three said the current treatment options are poor, with just 10 percent expressing any optimism about effective treatment protocols emerging in the next five years.

Jane Krakowski, who was interviewed by Katie Couric, shared her experience watching her father suffer with early onset vascular dementia, a form of the disease caused by impaired blood flow to the brain, for over 10 years before losing his life to the disease in his late 70s. The fact that it took five years to get a clear diagnosis added to her family's stress and heartache, she said.

She shared her experiences as a caregiver and told how difficult it was "to watch the disappearance of your loved one day in and day out." When she cried recalling the years spent watching him suffer, it was hard not to cry with her.

Dementia is so complex, and so are its possible causes and contributors, which may include genetics, the environment, the role of estrogen, high blood pressure, diabetes, obesity, processed foods and even technology.

A frightening fact is that dementia starts 20 to 30 years before a person experiences symptoms. Wellness is the main prevention strategy, but it's clearly not enough. Things like exercise, brain teasers and learning new skills can contribute to keeping our minds strong and healthy, but more is clearly needed.

"Because we have so far to go with this disease, I wanted to get out and talk about it," Krakowski told the audience (it was the first time she has publicly spoken about her father's dementia and death). "Hopefully, the next generation will not have to live through this long and painful process of losing a loved one."

It's normal to worry about Alzheimer's and dementia. Three-quarters of adults surveyed believe that memory loss is a normal part of aging, found AARP. It is normal for aging adults to forget a name or date, which is typically recalled later, according to AARP. What's not normal is to forget where you live or how to drive to a familiar location, for example.