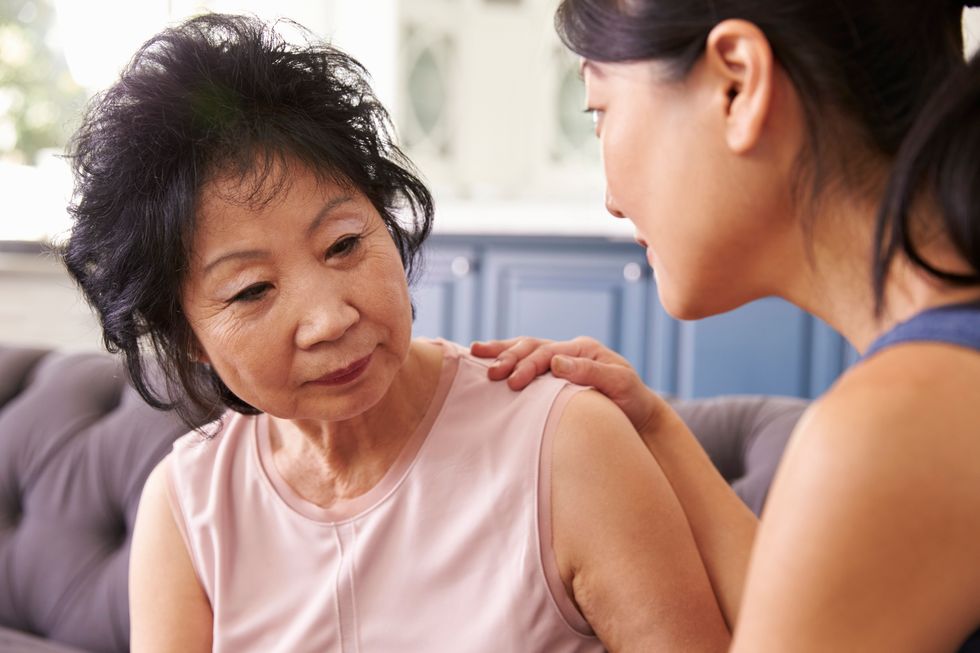 Women and Alzheimer's Disease: The Facts Behind the Headlines

It's time to take a closer look at the risk factors for Alzheimer's Disease that affect women and men—sometimes differently.

In the last few years, several reports have placed women at the forefront of Alzheimer's disease (AD). These reports have generated misleading headlines stating that women are at greater risk of developing AD than men. However, the numbers behind these headlines are not clear. There has also been little discussion about risk factors for AD that may be more important for women than men.

Are women at greater risk of developing AD?
The total number of women with AD is greater than the total number of men with AD. The main reason for this is that age is the biggest risk factor for AD. Women live longer than men, therefore there are more women at older ages when the development of AD is most likely.

However, whether women are actually at greater risk compared to men is not clear. For example, if you look at women and men of the same age, say 65 or even 85 years old, and compare their risk of developing AD over three years, virtually all studies suggest that U.S. women are not more likely to develop AD than men. The studies reporting that women are at greater risk of AD used data from European populations.

What risk factors are important?
While we cannot control our genes, there are modifiable risk factors for AD that we can address. Unfortunately, most studies of AD risk factors combine women and men and do not attempt to identify risk factors that are more common or stronger among women versus men.
There is an ongoing push to highlight the need for this kind of research, and we are now beginning to identify some risk factors that vary in strength for men and women.

Education. Low socioeconomic status, education and occupational attainment are risk factors for AD in women and men. Due to women having historically less support to obtain higher education, the overall effect of this risk factor appears to be greater for women. The increasing education levels and occupational attainments of women over the last few decades may be one explanation for why the incidence of dementia may be declining more for women. Education is not solely attained in the first two decades of life; therefore, continuing one's education through formal or informal classes during middle age and beyond retirement can contribute to building brain reserve. Social interactions can also be beneficial to brain health.

Cardiovascular risk factors. A diagnosis of hypertension, high cholesterol or diabetes in midlife has been associated with a greater risk of developing AD for women and men, but the risk for women is greater than for men. Therefore, it is critical for women to make a conscious effort to prevent these risk factors through diet, exercise and weight management and to adequately treat them when they occur.

Hormonal therapies. Following data published by the Women's Health Initiative study, which suggested that hormonal therapies were associated with an increased risk of dementia and cardiovascular disease in the mid-1990s, the frequency of hormonal therapies drastically decreased. However, an important caveat to this study was that women were randomized to the use of hormones an average of 10 years after menopause. It is now thought that initiation of hormones many years after menopause may increase the risk of adverse outcomes. Recent randomized controlled trials of healthy women who start using hormones within 3 years of menopause have not found an increased risk of dementia or cognitive decline. This research suggests that many women can safely use hormonal treatments for menopausal symptoms over short durations and that the treatments do not have adverse effects on memory or risk of AD. The ultimate decision to start or stop these therapies should be based on a collaborative discussion between a woman and her health care provider.

Women who have had one or both ovaries removed prior to age 45 are also at an increased risk of developing AD. Research suggests that hormonal use up to the age of natural menopause (around 51 years of age), will reduce this increased risk.

Never married/widowed. Compared to women, men who have never married or are widowed have a greater risk of developing AD. A potential reason for this consistent observation is that women are often the ones responsible for the health care of their family (for example, getting kids and partners/husbands to doctors for regular check-ups, assuring everyone has a healthy diet, etc.), sometimes at the expense of their own health. Women also typically lead a couple's engagement in social activities, which are beneficial for cognition. While these notions are a bit stereotypical and not true of all situations, they should not be ignored. Caregivers of older, single or widowed men should be cognizant of this difference, and in turn help maintain regular check-ups and engagement in some type of social activity.

There is still more to be done in investigating new AD risk factors and discerning how established risk factors vary by gender. The Society for Women's Health Research's newly launched Interdisciplinary Network on Alzheimer's Disease is committed to advocating for these goals in order to improve prevention, early detection, management, and care.