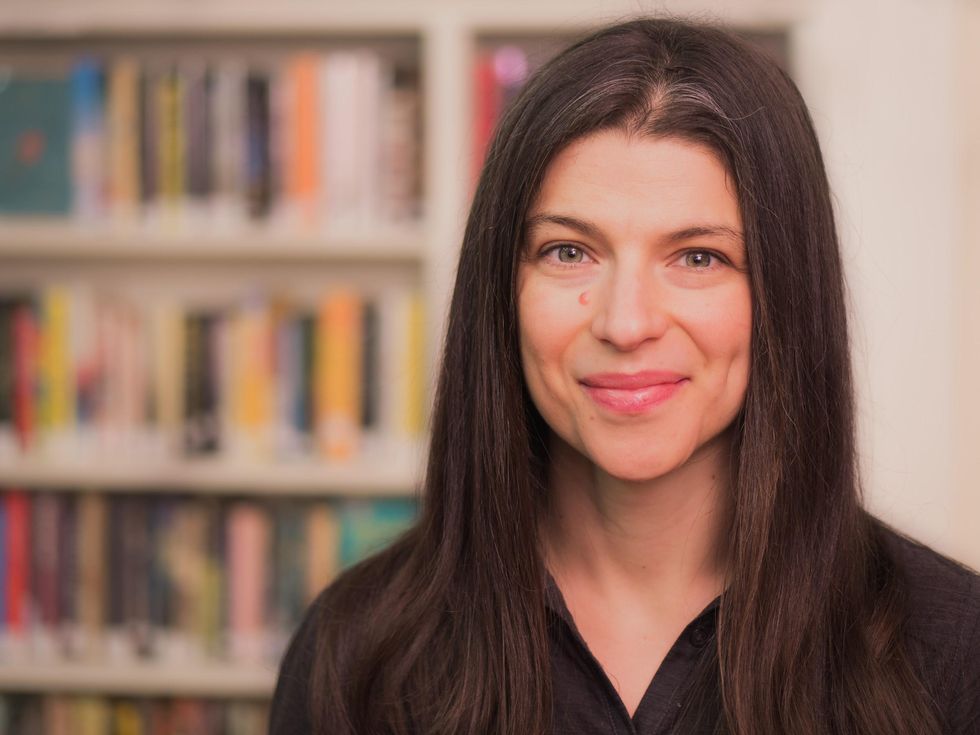 When My Breasts Didn't Work, I Nursed My Baby Anyway

I wish someone had had the foresight and compassion to explain I was showing all the risk factors for breast hypoplasia.

I'd always known there was something "off" about my breasts. They're small and shaped almost like cones, not the spheres that give magazine models an alluring décolletage. When I finally became pregnant, after attempting every fertility procedure I'd heard of, I barely had a chance to thank my body for cooperating before I started to fret again about my stupid breasts. Why weren't they getting bigger?

Every time I saw a new medical provider, I explained that I was worried about being able to nurse. Each one brushed off my concerns. There was really no way to know until the baby came, they said. I suspect these providers weren't taking me seriously because, from their perspective, it didn't matter. Even if I was right and I wasn't able to make milk, the baby would do just fine on formula.

Except that, to me, it did matter. I wanted to nurse. I wanted that particular bond with my baby. And I wanted my body to get something right on the first try, for once.

I wish someone had had the foresight and compassion to explain to me that between my infertility, breast appearance and lack of breast growth during pregnancy, I was showing all the risk factors for breast hypoplasia and insufficient glandular tissue (IGT). Women with IGT don't have adequate mammary glands to produce enough milk for their babies, and, as in my case, their breasts can have an underdeveloped appearance (although it is also possible to have normal-looking breasts and IGT.)

[HealthyWomen could find no current research on hypoplasia or IGT, which highlights the need for more research in many areas of women's health.]

Catherine Genna, a certified lactation consultant (IBCLC), says that while there is no definitive data on the prevalence of IGT, she puts the rate of mothers who are unable to produce sufficient milk at about two percent.

Unfortunately, as we are now painfully aware, even 1-2% of a given population can end up being a lot of people. Certainly, IGT is common enough that I would've assumed one of my providers would have suspected what the problem was, or at least have heard of the condition.

One nurse squeezed my nipple, and when it obediently produced golden drops of milk, declared that I had plenty.

A different nurse told me, in the middle of one of my sleepless nights at the hospital, that if I needed to give the baby a little bit of formula, it was okay.

No, I said. I had to stay strong! Nothing but breast to trigger the milk to come in during the crucial first hours with my newborn! Otherwise, I would squander our chance at establishing nursing.

Once we were home, two different pediatricians tried to calm me down over the phone. One kept repeating a story about a baby who didn't poop for its first ten days of life and did just fine. The other, a man, dismissed my increasing anxiety and promised me my milk was just around the corner.

"Many health care professionals do not get any practical training in breastfeeding," says Genna. They don't know "how to tell when things are going well or not going well."

It wasn't until my son went twenty-four hours without a wet diaper that I finally got their attention, and was instructed to give him formula.

After days and nights of constant nursing, bottle-feeding formula, pumping, and plenty of weeping, I found someone who could interpret my story. A co-worker's mother was a lactation consultant, and she connected the dots immediately.

"This is going to be about maximizing the amount of milk you are able to make," she told me.

And that's exactly what I did. I found a way to put my grief and anger aside and focus on actions that would allow me to sustain a nursing relationship with my baby.

Every woman's situation is different, and many moms with IGT very reasonably decide that formula-feeding is the best path for their family. But I still dearly wanted to nurse, so I decided to take supplements and medication to boost my milk supply. I was lucky to have a baby who drained my breasts quite effectively. Other moms need to pump after nursing and then bottle-feed the pumped milk to their baby, while still others decide to use a supplemental nursing system, which allows the baby to drink either supplemental breast milk or formula from a small tube taped to the breast.

With IGT, nursing may not look like you imagined, but it can still be possible. Needing to supplement with formula doesn't mean you'll never breastfeed.

No, my breasts were never normal, nor were they a hundred percent functional. But for the first years of my son's life, they were all the comfort he needed.

Marie Holmes' writing has appeared in Good Housekeeping, Cosmopolitan, Refinery 29, the Washington Post, and other publications. She lives in New York City with her family.