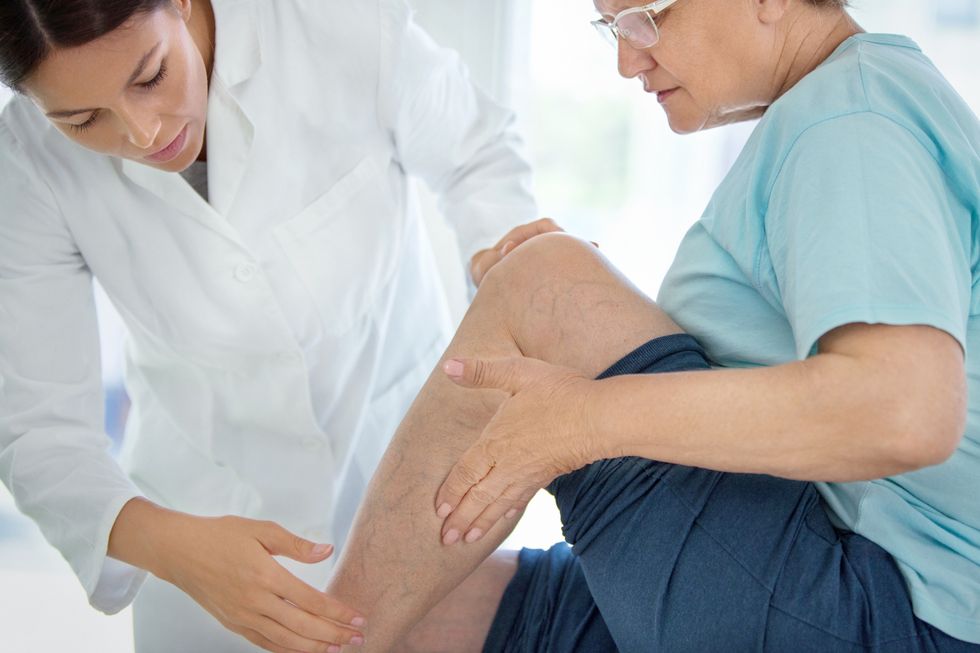 What Works Best Against Varicose Veins?

What Works Best Against Varicose Veins?

WEDNESDAY, Sept. 4, 2019 (HealthDay News) -- More than 40 million Americans suffer from varicose veins, which can be both unsightly and painful, but the best way to get rid of them hasn't been clear.

"Minimally invasive treatment for varicose veins which destroy the vein by heat using a laser is the most effective treatment," said lead researcher Dr. Julie Brittenden, a professor of vascular surgery at the University of Glasgow.

When Brittenden speaks of the best treatment, she's referring to patient satisfaction five years after the procedure.

The treatments for varicose veins shunt blood from the affected veins to others. When this happens, the veins fade away.

In laser ablation, the doctor uses a laser's heat to close off the affected vein. This procedure involves a small cut in the skin and compression of the leg after the procedure.

Surgery involves inserting a tube into the vein, which closes the vein. Recovery usually takes a couple of weeks.

In foam sclerotherapy, the surgeon injects a solution into the vein, which scars it, forcing the blood to find an alternate route. This procedure usually takes several sessions and can be done in a doctor's office.

The differences in quality of life seen in the study are likely related to fewer patients experiencing new varicose veins with laser treatment and surgery than with foam, Brittenden said.

"Laser ablation was comparable to surgery concerning the quality of life, and had the highest chance of being cost-effective of the three treatments," she said.

For the study, Brittenden and her colleagues randomly assigned nearly 800 parents to laser ablation, foam sclerotherapy or surgery.

Of the nearly 600 patients who completed a quality-of-life questionnaire five years after their procedure, laser ablation and surgery were preferred over foam sclerotherapy.

"For patients who have varicose veins, heat ablation [in this case, laser] is the preferred treatment options in terms of both quality of life and cost-effectiveness, and patients should be offered this as first-line treatment," Brittenden said.

But treatment options may vary by cost, according to one U.S. surgeon who was not involved with the study.

Regardless of which procedure you choose, your insurance may not cover it, said Dr. Peter Gloviczki, a retired professor of vascular surgery at the Mayo Clinic in Rochester, Minn.

That's because many people with varicose veins have no symptoms, like pain or bulging ulcers on their legs. They simply find the veins unsightly and want to get rid of them.

If any of the procedures are done for cosmetic reasons alone, most insurance, including Medicare, won't cover it.

Insurance usually covers these procedures when they are done to relieve symptoms. Some companies, however, may not cover the cost until other methods, such as compassion stockings and over-the-counter painkillers, have been tried, Gloviczki said.

You may not be covered if you don't use an accredited vein clinic or vascular surgeon, he added.

"There is an increasing number of restrictions, which in a way you can understand," Gloviczki said. "Because with 40 million Americans with varicose veins, that's a high burden on the insurance companies."

These restrictions are an attempt by health insurers to weed out those whose goal is cosmetic from those who are really suffering, Gloviczki said.

If you pay for the procedure yourself, you can expect to shell out between $1,500 and $3,000, according to Medicine Net.

The report was published Sept. 4 in the New England Journal of Medicine.

When to Treat Varicose Veins

What You Need To Know About Varicose Veins

Get a Leg Up on Ugly Veins