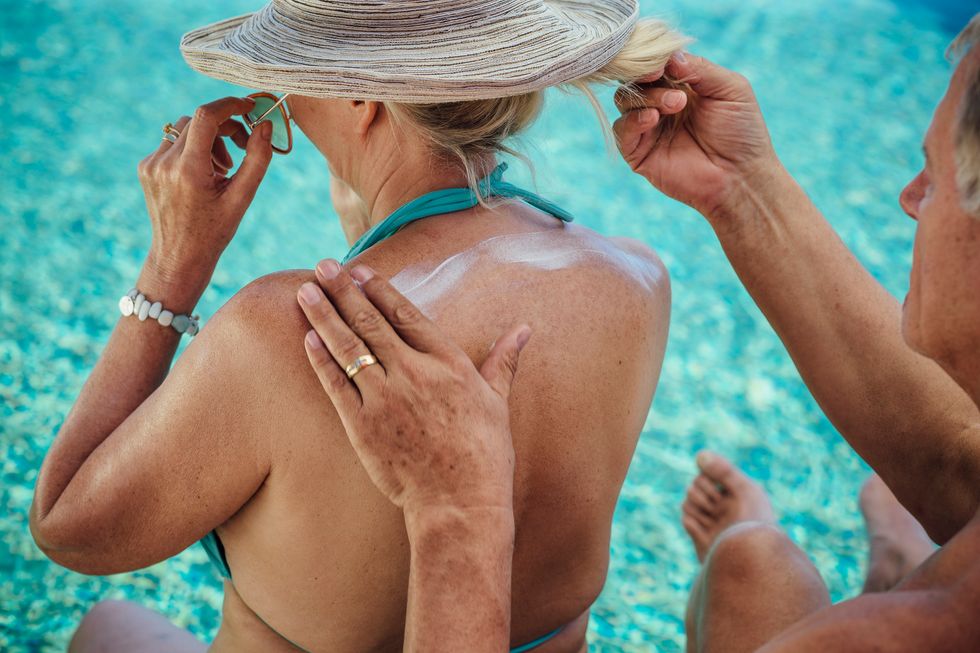 The chemicals in sunscreens help shield people from the sun's rays, but they are also absorbed into the body at levels that raise some safety questions.

TUESDAY, Jan. 21, 2020 (HealthDay News) -- The chemicals in sunscreens help shield people from the sun's rays, but they are also absorbed into the body at levels that raise some safety questions, a new study confirms.

The study, by the U.S. Food and Drug Administration (FDA), is a follow-up to a 2019 investigation. Both reached the same conclusion: The active ingredients in popular sunscreens can be absorbed into the blood at levels that exceed the FDA threshold where they can be presumed safe.

However, both the agency and skin cancer experts were quick to stress that there is no proof that sunscreen ingredients cause any harm. And people should keep using the products to prevent sunburn and curb the risk of skin cancer, they said.

"The fact that an ingredient is absorbed through the skin and into the body does not mean the ingredient is unsafe," said Dr. Janet Woodcock, director of the FDA's Center for Drug Evaluation and Research. "Rather, this finding calls for further industry testing to determine the safety and effect of systemic exposure of sunscreen ingredients, especially with chronic use."

Last year, FDA researchers reported on a study of four active ingredients in widely used sunscreen lotions and sprays. That study found that all four were absorbed into study volunteers' bloodstreams, at concentrations that far surpassed 0.5 nanograms per milliliter (ng/mL).

"Sunscreen chemicals, like all over-the-counter medications, only undergo safety testing if they are shown to be systemically absorbed above the FDA safety threshold level," said Dr. Kanade Shinkai, a dermatologist at the University of California, San Francisco.

"Whether this is dangerous is still not known," she stressed. "But this highlights the need for safety testing."

Shinkai co-wrote an editorial published with the findings Jan. 21 in the Journal of the American Medical Association.

The active ingredients in most sunscreens include chemicals like avobenzone, oxybenzone, octocrylene, and ecamsule. They work by absorbing UV radiation from the sun and converting it into a small amount of heat.

There's no proof those chemicals harm human health. But, the FDA says, animal research has raised questions about whether some -- oxybenzone, in particular -- can disrupt hormone activity.

This latest study involved 48 healthy people who were randomly assigned to use one of four sunscreen sprays or lotions. The participants applied the products, over most of the body, once on day one, and then four times per day for the next three days.

In most participants, the study found, active ingredients were absorbed at levels beyond the FDA threshold after a single application.

And they often lingered in the body: In more than half of volunteers, levels of avobenzone, octisalate and octinoxate remained elevated for up to seven days, while homosalate and oxybenzone remained above-threshold for as long as 21 days.

However, even levels that exceed the FDA mark are very low, said Dr. Adam Friedman, a member of the American Academy of Dermatology (AAD) and professor at George Washington University School of Medicine in Washington, D.C.

"We're talking about nanograms," Friedman said. (A nanogram is one-billionth of a gram.) "All this study shows is that it's possible to detect very tiny amounts of sunscreen ingredients in the blood. It was not designed to say anything about safety."

One limitation of the study, the FDA noted, is the artificial lab conditions: In real life, people wear sunscreen outdoors, where they are exposed to heat and sunlight, which might affect absorption.

In a written response to the study, he laid out some advice: "The AAD recommends that everyone seek shade, wear protective clothing -- including a lightweight and long-sleeved shirt, pants, a wide-brimmed hat and sunglasses -- and apply a broad-spectrum sunscreen with an SPF of 30 or higher to all exposed skin."

For people who want to avoid chemical-based sunscreens, Shinkai pointed to an alternative: mineral sunscreens, which contain zinc oxide or titanium dioxide. These sit on the skin surface and act as a shield.

"[They] have been tested for systemic absorption and are not absorbed," she said.