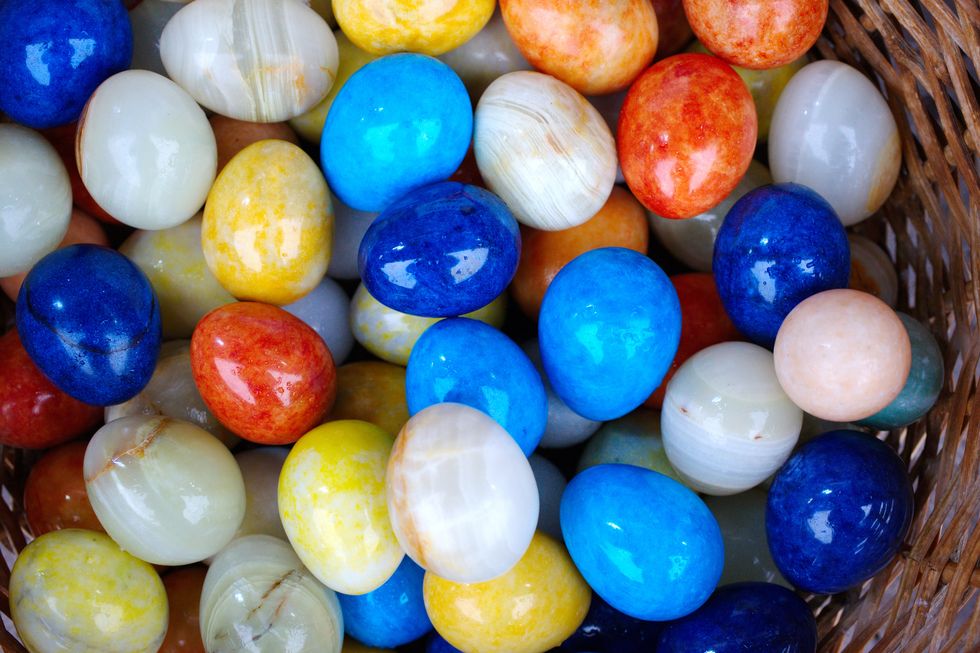 Our expert explains how your vagina keeps itself clean.

As a little girl in the 1970s, I wanted to be like the woman in the television commercials who wore an islet lace white dress and walked barefoot on the beach. According to the jingle, she had that "clean, fresh feeling all the time." I lived in sweltering south Florida so that sounded pretty good to me. Of course, I had no idea the ad was for douche — the ultimate in feminine hygiene products. I just liked her dress. And I loved the beach.

Back then, female hygiene tips were pretty straight forward: hide any and all evidence that you menstruate and keep your nether regions sparkling clean. It was a simpler time, before women started inserting jade eggs into their vaginas and purchasing $75 candles that smell like … well, you know … a certain celebrity vagina.

Thank goodness we're now permitted to say the word, instead of some cutesy euphemism — the implication being that the word, just like the body part, was dirty. And we've come a long way from the early 1900s when advertisements told women that the way to keep their husbands happy was to douche with a popular disinfectant. One newspaper ad from the 1930s shows a woman locked out of her home with the copy, "Often a wife fails to realize that doubts due to one intimate neglect shut her out from happy married life."

Apparently, those ads weren't only talking about cleanliness, however. According to the book Devices And Desires: A History of Contraceptives in America by historian Andrea Tone, feminine hygiene was also a euphemism for contraception. Because they had few other options, some women flushed themselves with chemicals after sex to keep from getting pregnant — to predictable results. They were burned, blistered and even killed, but the company continued to advertise its disinfectant as a douche well into the 1960s.

Germ warfare in your vagina

You'd think by now, two decades into the 21st century, women would base their feminine hygiene routine on science instead of marketing or outdated misogynous notions about hiding menstruation. And yet, nearly 20% of women in the U.S. continue to douche.

To get the facts, I reached out to Dr. Mary Jane Minkin, a clinical professor in the Department of Obstetrics, Gynecology, and Reproductive Sciences at the Yale University School of Medicine and a member of HealthyWomen's Women's Health Advisory Council.

It turns out that we don't need douches or jade eggs or even soap: our vaginas are self-cleaning — like ovens.

"Many women try to make things cleaner, especially in the age of Covid, but when it comes to the vagina, that's the antithesis of what you want to be doing," explained Minkin.

That's because the vaginal microbiome has a mixture of yeast and bacteria that maintain the appropriate pH balance. Washing with detergents, including some soaps, can kill too much of the healthy bacteria like Lactobacillus crispatus, which prevents the overgrowth of yeast and keeps the vagina from becoming too acidic. This can lead to bacterial vaginosis (BV) or yeast infections.

"It's like germ warfare," Minkin said. "When you wash out the good guys, you enable the bad guys to take up residence."

The "bad guys" include E. coli, which cause about 80% of the urinary tract infections (UTI in young, sexually active women and Proteus, which account for roughly 1% to 2% of UTIs in healthy women.

"Lactobacilli are good to have and we don't want to wash those away," Minkin said. "Now, a couple of things can happen. If we take an antibiotic, it may wipe out the Lactobacilli because the antibiotic kills everything."

To avoid a yeast infection, your medical provider may prescribe an antifungal medication along with the antibiotic.

Menopause can also disrupt good vaginal health because the cells that are filled with glycogen die because of the lack of estrogen that occurs. That robs the Lactobacilli of nutrients, and we can end up with an overgrowth of the "nasty bacteria," according to Minkin.

"Many women in perimenopause and menopause get dry, and as the vagina gets drier, you're losing that glycogen and ending up with nasty bacteria hanging around, which can cause an odor," Minkin said. "Women can use a vaginal moisturizer, which will keep the vagina moist and the good glycogen on board."

She added that some women may need to use a vaginal estrogen, which thickens the walls of the vagina. This restores the good bacteria.

The key is to always keep that pH balance. Minkin says water alone works fine for the vagina, and we don't actually need soap, which is "basic" — the opposite of acidic. For women who want to use soap on the vulva, Minkin says to look for one that is mild and fragrance free.

"Using a pH balanced wash is fine," Minkin said. "You want something that is balanced towards the acid side."

She added that if a woman is not getting yeast infections or odors, she can stick with her current feminine hygiene routine.

So, throw away your douches, put those jade eggs in a bowl on your coffee table, and save the harsh soaps for your hands. Your vagina can manage that "clean, fresh feeling" without you.

UTIs in the News, and It's Not Good