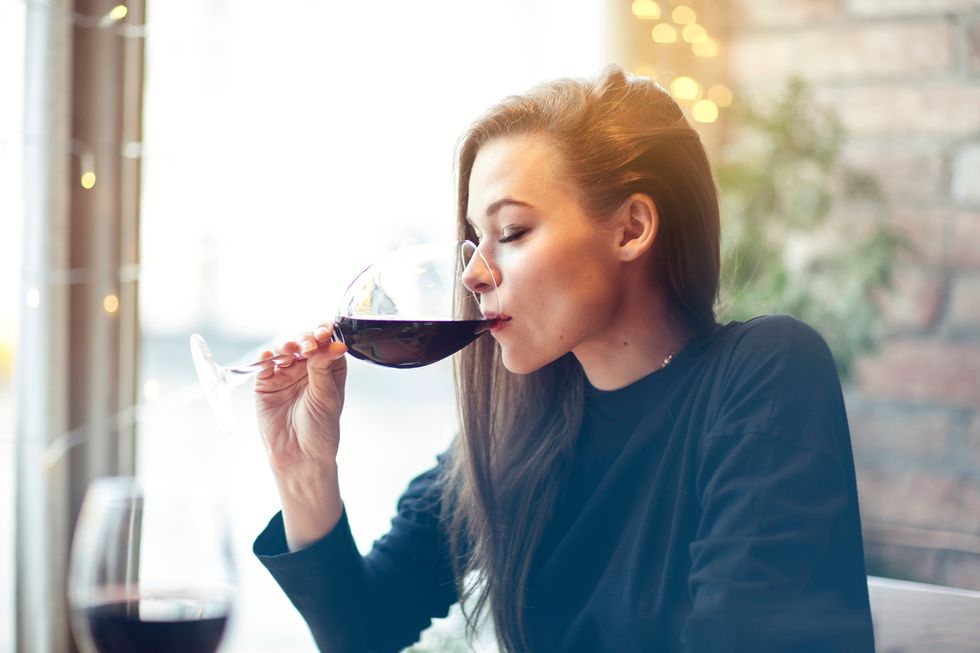 PMS and Alcohol: What's the Connection?

How much a woman indulges in alcohol may have ties to her premenstrual syndrome symptoms.

MONDAY, April 23, 2018 (HealthDay News) -- How much a woman indulges in alcohol may have ties to her premenstrual syndrome symptoms, a new global research review suggests.

"We estimate that 11 percent of premenstrual syndrome (PMS) cases may be associated to alcohol intake worldwide," according to a team led by Bahi Takkouche, of the University of Santiago de Compostela, in Spain.

The researchers also estimated that about 21 percent of PMS cases might be attributed to alcohol use among American and European women, whose drinking rates are especially high.

The study was based on population data and can't prove cause-and-effect. But one U.S. expert said that, for women bothered by bad PMS, it certainly couldn't hurt to try lowering alcohol use.

As the Spanish study authors explained, PMS severity varies between women and can include mood swings, tender breasts, food cravings, fatigue, irritability and depression. Overall, the researchers estimate that the average woman is likely to experience 3,000 days of disabling PMS symptoms during her reproductive years.

What's the impact of drinking on PMS? To find out, Takkouche's group analyzed findings from 19 prior studies on the issue. Those studies included more than 47,000 women in eight countries.

Based on the collected data, the research showed that about 11 percent of PMS cases worldwide might be associated with alcohol consumption.

That's based on the fact that about 30 percent of women worldwide drink alcohol, with about 6 percent being heavy drinkers.

But in Europe and the United States specifically, drinking rates for women rise to between 50 and 60 percent, and rates of heavy drinking are more than 12 percent, the researchers noted.

That means that about one in every five PMS cases in those regions could be tied to drinking, the report concluded.

How might boozing affect PMS rates and severity? According to Kramer, "the theory is that alcohol alters the level of steroid sex hormones which has been implicated as a cause of PMS." He said alcohol might also affect certain brain neurochemicals, including serotonin, that "have an impact or causal effect on PMS as well."

Dr. Jennifer Wu is an obstetrician/gynecologist at Lenox Hill Hospital in New York City. She said the new research might give new insights into treating PMS.

According to Wu, many women are reluctant to take antidepressants or other medications to help ease PMS symptoms.

However, "in light of the new research, non-drug therapy would certainly include decreasing alcohol in the time between ovulation and the patient's period," she said.

Kramer also stressed that more research needs to be done, "especially to identify exactly what the causal relationship is," in terms of alcohol's effect on the female hormonal and reproductive systems.

How to Combat PMS Symptoms

Could It Be PMS?