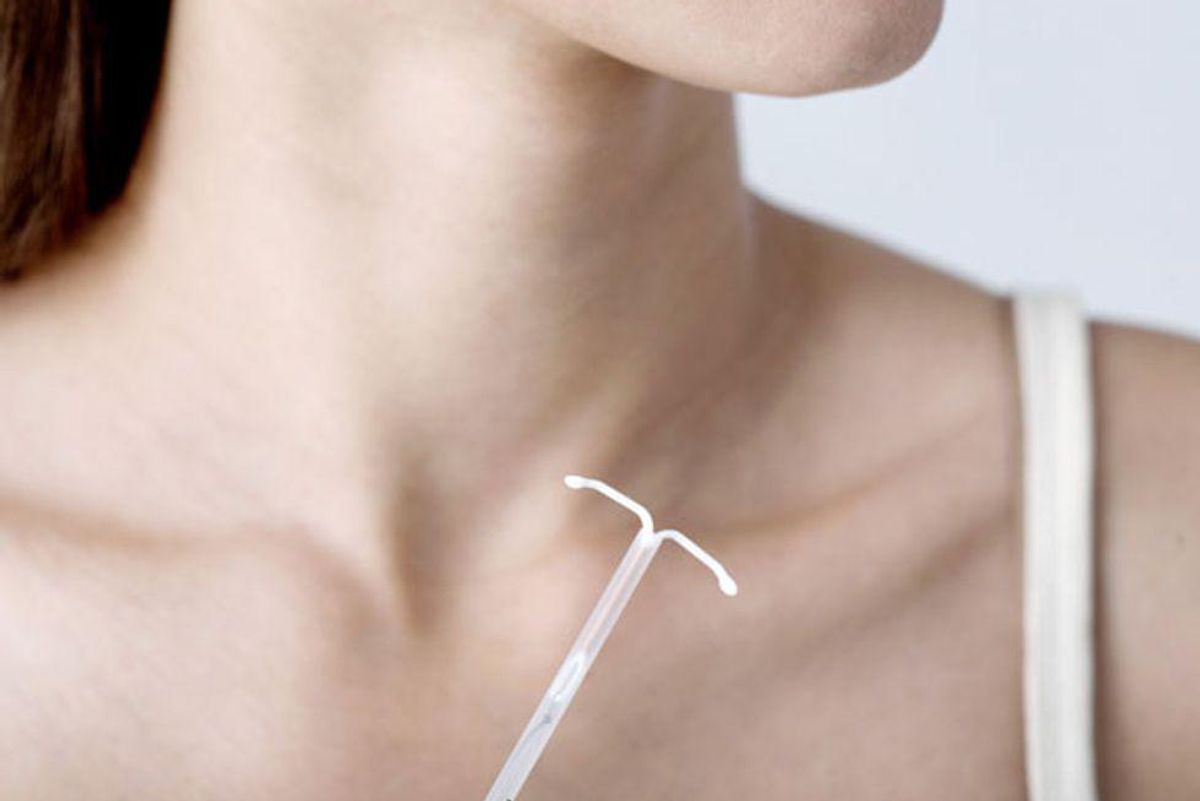 MONDAY, Sept. 29, 2014 (HealthDay News) -- Long-acting contraceptive devices should be the first choice of birth control for teenage girls, according to new recommendations from the American Academy of Pediatrics.

Although most U.S. teens opt for condoms or birth control pills, two other forms of contraception -- intrauterine devices (IUDs) and contraceptive implants -- are much more reliable, according to the academy.

And they should be the "first-line" choices for teenage girls who don't want to remain abstinent, the academy says in guidelines published Sept. 29 in the journal Pediatrics.

The advice is in line with guidelines from other medical societies, such as the American College of Obstetricians and Gynecologists.

But experts said they hope the official recommendation to pediatricians will increase teenage girls' use of IUDs and implants.

The academy's move is "fantastic," said Dr. David Eisenberg, an assistant professor of obstetrics and gynecology at Washington University in St. Louis.

"I'm happy to see that every major medical or public health organization in the United States agree that IUDs and implants should be the 'default' first-line contraceptive methods for all women and girls who want them," said Eisenberg, who was not involved in writing the guidelines.

According to Planned Parenthood, IUDs are implanted in the uterus, where they release small amounts of either copper or the hormone progestin. The contraceptive implant, about the size of a matchstick, is inserted under the skin of the arm, where it releases controlled amounts of progestin.

The hormonal IUD (sold under the brand name Mirena) can prevent pregnancy for five years, while the copper version (ParaGard) is effective for about 10 years, according to Planned Parenthood. The contraceptive implant (Implanon, Nexplanon) works for up to three years.

The contraceptives are sometimes called "set and forget" birth control, noted Megan Kavanaugh, a researcher at the Guttmacher Institute in New York City -- a nonprofit organization that focuses on reproductive health.

For condoms and birth control pills to be most effective, people have to use them perfectly. Not so with IUDs and implants, Kavanaugh pointed out.

"That's important for adults, too," she said. "But teenagers are notorious for having a lot on their plates, and being forgetful."

According to the U.S. Centers for Disease Control and Prevention, between 0.2 percent and 0.8 percent of women who use an IUD will have an unplanned pregnancy within a year. The rate is just 0.05 percent with a contraceptive implant.

With the Pill, about 9 percent of women have an unintended pregnancy each year. Condoms, as people typically use them, are less effective -- with an unplanned pregnancy rate between 18 percent and 21 percent, according to the CDC.

Despite that, U.S. women and teens opt for condoms and birth control pills much more often than IUDs or implants. Part of the reason may be that young women don't realize the devices are an option for them, Kavanaugh said.

She pointed to the marketing for Mirena, for instance, which targets "busy moms," even though medical experts consider it an option for most women.

When IUDs came out years ago, there were concerns they might raise the risk of pelvic infection and jeopardize a woman's future fertility, according to background information in the guidelines. But IUDs currently on the market do not carry those risks.

"We now have over a decade of data showing that [IUDs and implants] are safe for adolescents," said Dr. Mary Ott, one of the authors of the new recommendations and an associate professor of pediatrics at Indiana University School of Medicine.

Ott noted that the U.S. teen pregnancy rate has been declining since it peaked in the 1990s. And long-acting contraceptives are a "great tool" to further that trend, she said.

But boosting women's awareness is just one step, according to Eisenberg. He said "poorly informed health care providers" present another barrier; a 2012 study by the CDC found that 30 percent of doctors and other providers doubted the safety of IUDs for women who've never given birth.

Ott agreed that young women still face obstacles to getting IUDs and implants -- cost being one of them.

According to Planned Parenthood, IUDs cost $500 to $1,000, while contraceptive implants range from $400 to $800. Still, Ott noted that many insurers are now footing the bill for the contraceptives.

As far as parental consent, U.S. states have different laws, according to the academy. But family planning clinics funded by the federal Title X are required to provide confidential services to minors.