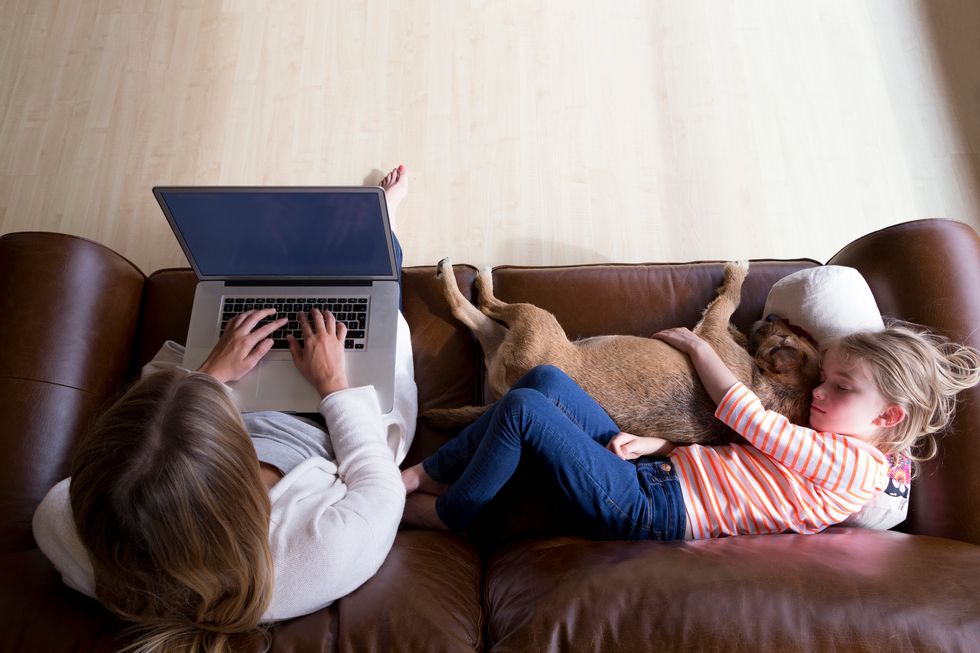 FRIDAY, May 5, 2017 (HealthDay News)—Health information gleaned online can alter parents' views on the advice they get from a pediatrician, a small study finds.

These days, it's almost a guarantee that when kids develop a rash, fever or other worrisome symptom, parents will turn to Google, noted Dr. Ruth Milanaik, the lead researcher on the new study.

Based on her team's findings, that web search may affect parents' trust in their pediatrician—which is a concern.

"Google is a fantastic tool, but it's not a doctor," Milanaik said. She's a pediatrician and associate professor at Hofstra Northwell School of Medicine, in Hempstead, N.Y.

The study presented nearly 1,400 parents with a vignette of a child who'd had a rash and worsening fever for three days. The parents had at least one child, and the parents' average age was 34.

The parents were split into three groups. One group was then given online information describing symptoms of scarlet fever, while a second group viewed information on select symptoms of Kawasaki disease.

A third group of parents—the "control" group—saw no online information.

All of the parents were told that a doctor had diagnosed the child with scarlet fever.

Scarlet fever and Kawasaki disease do share certain symptoms—namely, rash and fever. But they are very different conditions, Milanaik explained.

Scarlet fever is a bacterial infection that requires antibiotics. Without treatment, scarlet fever can sometimes lead to serious complications, including heart damage. Kawasaki disease involves inflammation in blood vessels throughout the body. Doctors treat it with anti-inflammatory drugs—both to ease the symptoms and to prevent damage to the heart.

It's easy to see how parents presented with a description of Kawasaki disease would doubt a doctor's diagnosis of scarlet fever, according to Milanaik.

Similarly, she said, any time parents Google a "collection of symptoms," they could turn up a confusing array of possibilities.

So, Milanaik said, it's important for parents to ask their doctor about any online information they dig up.

"Don't be afraid to do that," she urged. "I'd always rather have patients ask questions."

Dr. Jefry Biehler, a pediatrician who wasn't involved in the study, agreed.

"As doctors, we should welcome those questions," said Biehler, who heads pediatrics at Nicklaus Children's Hospital in Miami.

"Actually," he added, "we're often happy to have this [online] information brought to our attention—whether it's good or bad—so we're aware of what's out there."

But while parents should ideally ask questions, Milanaik said, it's just as important for doctors to be proactive.

It's helpful, she said, if pediatricians explain their "thought process" behind a diagnosis, so parents have a clearer understanding for "why it's this, and not that."

Biehler agreed, and said many pediatricians do try to steer parents toward "reliable" sources, such as the websites of the U.S. Centers for Disease Control and Prevention, and the American Academy of Pediatrics.

"We should also be asking parents if they need any more information, or clarification, from us," Biehler said.

The study presented parents with a hypothetical situation, and didn't ask them about their actual online habits or trust in their own pediatrician, Milanaik acknowledged.

But the study design, she said, allowed a more objective look at how online health information can sway people's thinking.

Milanaik was scheduled to present the findings Thursday at the annual meeting of the Pediatric Academic Societies, in San Francisco. Findings presented at meetings are generally viewed as preliminary until they've been published in a peer-reviewed journal.