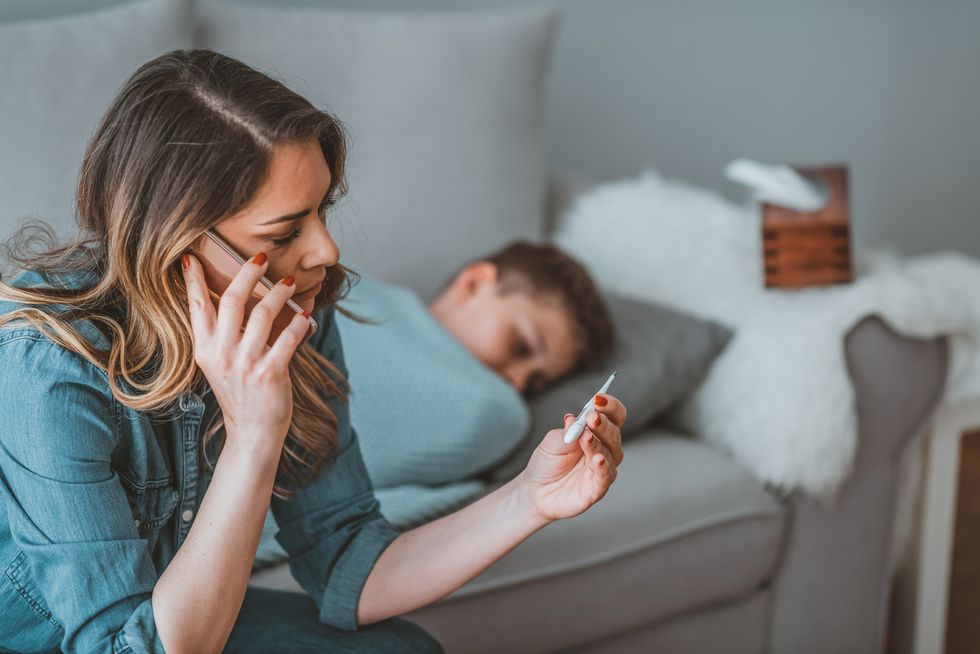 "The new lineage [of strep A] seems to be outcompeting its predecessor within the population," said lead researcher Dr. Shiranee Sriskandan, a professor of infectious diseases at Imperial College London.

This new strain also appears to produce more toxin than the previous strain, she said.

If strep infections are not treated, however, they can spread throughout the body and become fatal, he said.

He fully expects this more aggressive strain of strep A to show up in the United States.

Sriskandan added that "this strain type is fully sensitive to commonly used antibiotics, so resistance has not played a part in its emergence."

Strep A causes infections other than scarlet fever, and some of these are also on the rise in the United Kingdom, Sriskandan said.

Siegel advises parents whose kids may be suffering from strep to see their pediatrician and get them tested and treated with antibiotics if needed.

For the study, Sriskandan and her colleagues looked at the type of "emm gene" in the Strep A that was causing cases of scarlet fever.

The investigators found that the increase in scarlet fever in London in 2014 was linked to strep A types emm3 and emm4. During the spring of 2015 and 2016, however, throat infections were tied to emm1 strains.

The emm1 strain also became the dominant strain involved in other strep A infections, increasing to 42% of strep infections by 2016, the findings showed.

An analysis of the genetics of the emm1 strain uncovered 27 mutations in the 2015 and 2016 strains, which increased the production of the toxin streptococcal pyrogenic exotoxin -- that's responsible for making people ill with scarlet fever and other infections.

This mutated strain, called M1UK, makes nine times more toxin than other emm1 strains, Sriskandan said. It's the strain that was found in 84% of all the emm1 genomes analyzed in England and Wales, she noted.

The researchers then compared the M1UK strains with 2,800 strains from around the world, and although M1UK was unique, strains from Denmark and the United States also showed bits of M1UK.

A vaccine against strep A would go a long way to prevent all of these infections and would also reduce conditions that result from strep infections, such as rheumatic heart disease, she added.

Dr. Marcelo Laufer is a pediatric infectious disease specialist at Nicklaus Children's Hospital in Miami. He said, "Strep doesn't change much, which is why it's still susceptible to penicillin."

What happens is that it attacks different body systems, so some diseases caused by strep peak while others ebb in an ever-changing pattern, he said.

"Strep has different mechanisms of disease -- sometimes it's invading, sometimes it's by toxin production and sometimes by fooling the body to react to it, like rheumatic fever," Laufer said.

It's the changing nature of the same bacteria that makes it so challenging, he explained. "It's peaks and valleys of the same disease in different forms."

The report was published online Sept. 10 in The Lancet Infectious Diseases journal.

14 Important Things to Know About Coronavirus