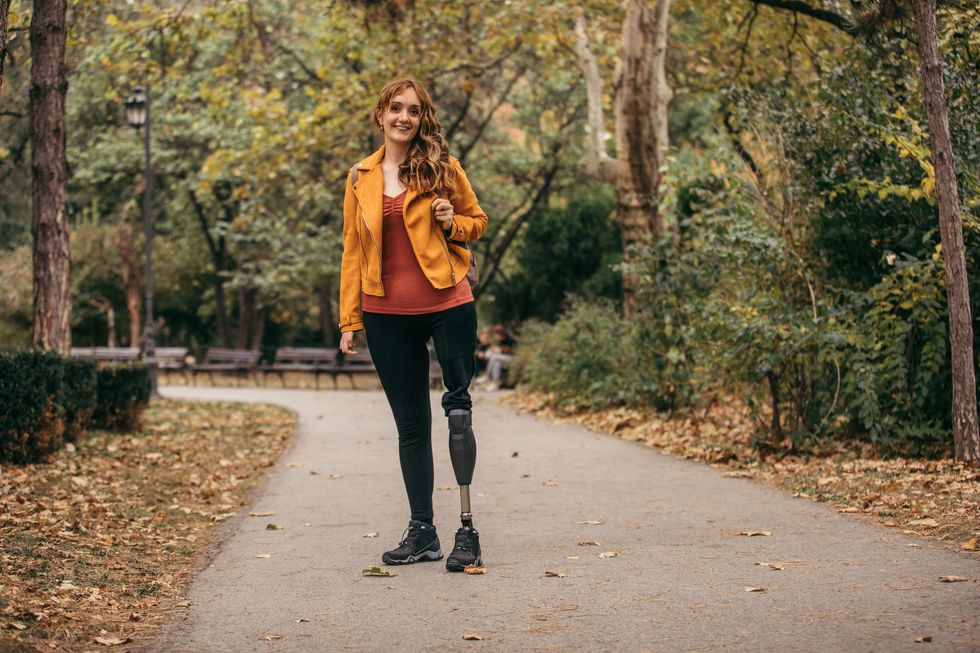 Now, European scientists say they've developed a technology that restores natural feeling and improves walking in patients who've had a lower leg amputation. The approach also eliminated phantom pain in Panic and reduced it in another volunteer.

Using sensors that connect the leg prosthesis to remaining nerves in the thigh, the technology enables patients to feel the same sensations they would if their real leg were still there. Sensations like pressure and touch. This makes walking more surefooted and boosts endurance.

With a leg prosthesis, you can't judge where the limb is, how it is moving or what surface it's on. You can't completely trust it.

"We implemented our technology within the residual nerves of above-knee amputees in order to restore them to sensations of movement, which they were missing for many years," lead researcher Stanisa Raspopovic said at a media briefing Friday. He is a professor at the ETH Zurich Institute of Robotics and Intelligent Systems, in Switzerland.

"Immediately, post-implant persons can describe sensations as close to lifelike ones," Raspopovic said.

Because the sensations are being created by the patients' own brain, they don't need training to get up and moving, he said.

Walking improves because the patients don't have to rely on their one real leg to provide all the sensation of walking. That can be exhausting, the researchers explained.

The reduction in phantom pain is an added benefit of this new prosthesis.

Panic said he wakes up at night from phantom pain. "The toe that I don't have hurts. My big toe, foot, heel, ankle, calf -- they all hurt, and I don't even have them," he said in an ETH news release.

"Since I have started this treatment program, after having received electrical stimulations, I don't feel any phantom pain," Panic said.

The other patient's pain didn't disappear completely, but was greatly reduced, the researchers noted.

To create the new prosthesis, Raspopovic and his colleagues connected sensors to the sole of an available high-tech prosthetic limb with an electronic knee joint.

These, in turn, are conveyed to the patients' brain. They can then adjust their walking as if the leg were real, the researchers said.

In various tests of walking over three months, the two patients found walking much easier. They could pay less attention to each step. They also walked faster with more confidence, the researchers found.

These results were confirmed with tests of brain activity and oxygen use.

While the study only establishes "proof of concept," the researchers hope to eventually develop a fully implantable device that would enable patients to function without being tethered to a series of wires.

"Arriving at a fully implantable device will require a couple of years, and then we'll organize a clinical trial with many patients -- we estimated 60 patients," Raspopovic said.

Chad Bouton is a professor at the Institute of Bioelectronic Medicine at the Feinstein Institutes for Medical Research in Manhasset, N.Y.

Bouton said this approach is one of several being tried to give people who have lost a limb more feeling and mobility.

"This is something [they] can look forward to in terms of better ability to function," he added.

Bouton believes that so-called neural prosthetics and implanted devices that help restore lost function, even walking, are on the cusp of becoming real.

"It's now not a matter of 'if' anymore, it's just a matter of when we're going to see these devices," he said.

The report was published Sept. 9 in the journal Nature Medicine.