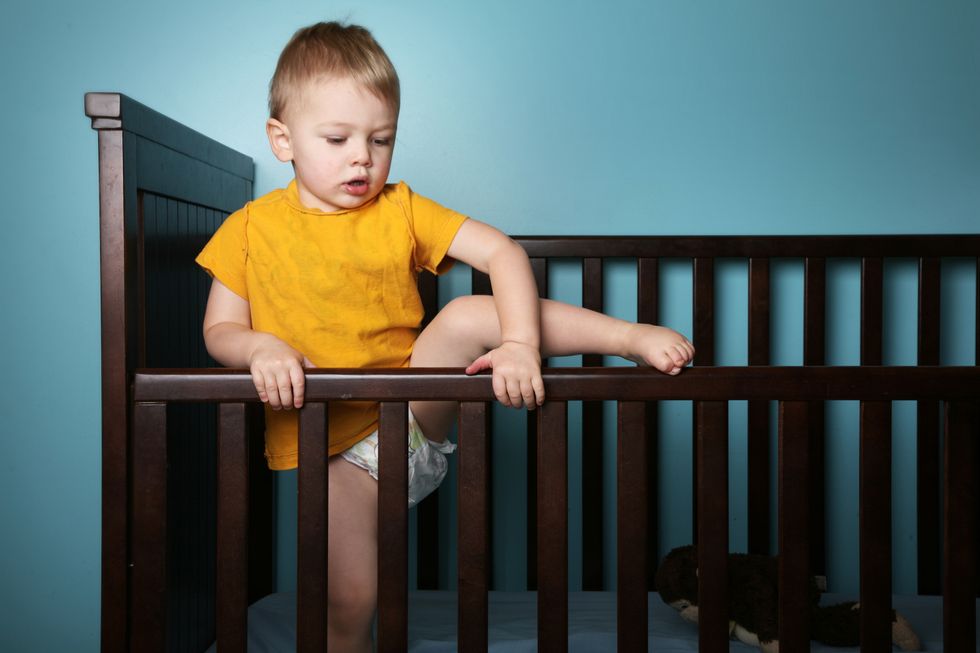 More Babies in Strollers, Cribs Winding Up in ER

More Babies in Strollers, Cribs Winding Up in ER

A growing number of babies and toddlers are landing in the emergency room for injuries related to strollers, cribs and other nursery products, a new U.S. study finds.

MONDAY, March 13, 2017 (HealthDay News)—A growing number of babies and toddlers are landing in the emergency room for injuries related to strollers, cribs and other nursery products, a new U.S. study finds.

Those ER trips rose nearly 24 percent between 2003 and 2011, after more than a decade of decline, the researchers found.

However, only 1 percent of those ER trips were blamed on actual product "failures."

That does not mean the nursery products on the market are perfectly safe. They can still be more "intelligently designed" to help prevent accidents, said Tracy Mehan, of Nationwide Children's Hospital in Columbus, Ohio, where the study was conducted.

Much of the increase in injuries was related to concussions: The rate of concussion diagnoses more than doubled between 2005 and 2011, the researchers found.

That may be due, at least in part, to better recognition of concussions, according to Mehan, who was not an author on the study.

In recent years, the issue of childhood concussions has gotten increasing attention, partly because of kids' sports-related head injuries.

So, parents may be more likely to bring their child to the ER after a fall or other mishap, explained Mehan, who is manager of translational research at Nationwide's Center for Injury Research and Policy.

In 2014, more than 69,000 babies and young children landed in the emergency room for injuries related to nursery products, according to the U.S. Consumer Product Safety Commission (CPSC).

"Those are only the injuries serious enough to be treated in the ER," Mehan pointed out. "So, the actual number of injuries is probably much higher."

The study findings, published online March 13 in the journal Pediatrics, are based on figures from a federal injury surveillance system.

The Nationwide researchers specifically looked for ER visits among children younger than 3 who had injuries attributed to nursery products.

On average, there were just over 66,000 such incidents each year. But the trend shifted over time.

Between 1991 and 2003, ER trips declined by over one-third, the study found. That improvement was largely due to an 86 percent drop in injuries related to baby walkers, "jumpers" and "exercisers."

According to Mehan, that represents a "big success story."

Walkers, for instance, allowed babies to move around quickly, before they were developmentally ready. "We started seeing these serious injuries from falls," Mehan said.

That led researchers to work with lawmakers and manufacturers to devise tougher safety standards and product revisions—like making the walkers too wide to fit through doorways.

But since 2003, the Nationwide study found, ER trips related to nursery products have been on the upswing.

The Juvenile Products Manufacturers Association did not respond to requests from HealthDay for comment on the findings.

No one product seemed to drive the injury increase after 2003. But one type of injury—concussion—stood out.

Dr. Barbara Pena is research director for the emergency department at Nicklaus Children's Hospital in Miami.

That rise in concussions is no surprise to Pena, who said her ER sees children with head injuries every day.

"I think that years ago, there wasn't as much concern when a child fell or hit his head," Pena said. "But now, parents are more likely to bring their children in."

It's also common, she said, to see young children with injuries related to nursery products.

In this study, baby carriers were the product most commonly involved: They accounted for more than half of injuries among babies younger than 6 months.

Often, babies were injured when the adult using the carrier tripped and fell.

Cribs and strollers were also commonly implicated. Cribs can present a risk of entrapment or suffocation, according to Mehan—especially if parents use a mattress that is not designed for the crib, or if they put blankets, "bumper pads" or other soft objects in with their baby.

With strollers, youngsters can be hurt if the stroller tips over or rolls away, for example.

Parents and other adults can take steps to help prevent those mishaps, Pena said.

"Make sure you're using these products carefully, and use every safety feature 100 percent of the time," she said.

With strollers, Pena noted, parents often like to hang bags on the handles. That extra weight can tip the stroller over.

Mehan pointed to "four Rs" that parents should keep in mind:

When it comes to cribs, Mehan also advised buying one made after 2011, because it will meet the latest safety standards.

She noted that many parents buy or borrow used nursery products. "If you do that, make sure you inspect it carefully, and look for any broken pieces, missing parts or chipped paint."