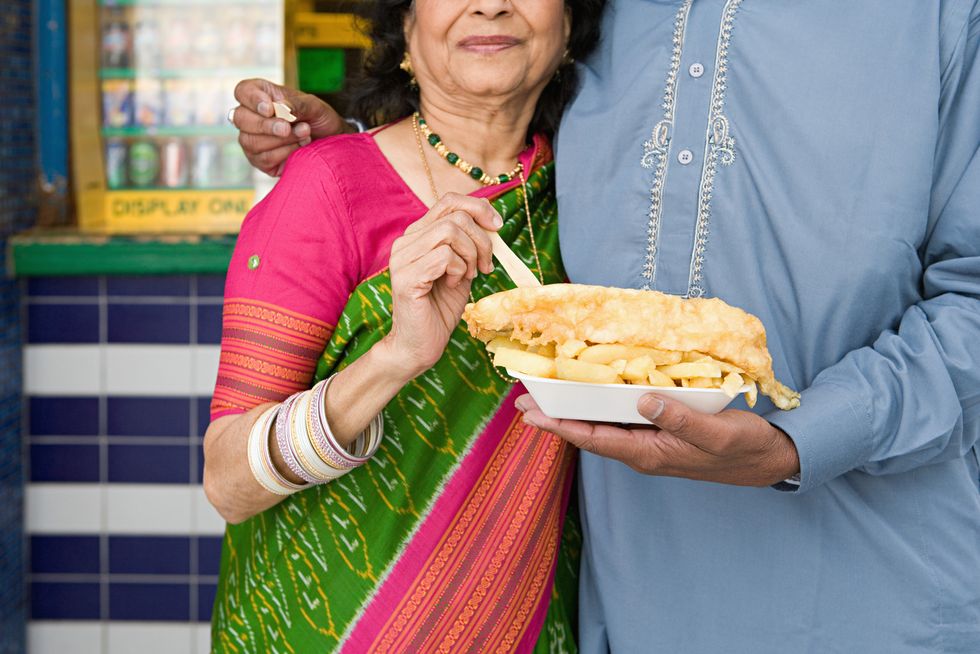 Is fried food bad for you? We’ll let the latest study answer that question.

HealthDay News -- Check out the menus at any county fair -- corn dogs, fried Oreos, even fried butter -- and you'll quickly see that Americans love fried foods. But yet another study suggests that it's time to put that corn dog down.

READ: 15 Heart-Healthy Foods You Should Be Eating

The study found that eating fried foods increased the risk of heart attack and stroke. And the more fried foods you eat, the greater your risk.

Registered dietitian Dana Angelo White said she wasn't shocked by the findings, because this isn't the first study to report a connection between fried foods and poor health outcomes.

"Eating small amounts of something fried isn't the end of the world, but the more you eat of fried foods, the worse it is for you," explained White, who wasn't involved with the study. She's an associate professor at Quinnipiac College in Hamden, Conn.

Frying foods is a common method of cooking in the United States, the study said. Yet previous research has linked fried foods to chronic illnesses, such as type 2 diabetes, heart failure, obesity and high blood pressure. A study released in January reported that women who ate more than one serving of fried food a week increased their risk of heart disease and early death.

The current study, led by Jacqueline Honerlaw, of the U.S. Department of Veterans Affairs and the Massachusetts Veterans Epidemiology Research and Information Center, was large, including nearly 155,000 military veterans. They were mostly men (90%) and their average age was 64.

During the three-year study follow-up, nearly 6,800 had a heart disease or stroke.

Dr. Eugenia Gianos is director of Women's Heart Health at Lenox Hill Hospital in New York City. She said the association between fried foods and heart disease and stroke "was greatest in those with the greatest consumption of fried foods, even after accounting for other lifestyle factors and dietary patterns."

Gianos, who had no part in the study, said the findings were limited because only a small number of women were included. But White pointed out that nutrition information generally doesn't differ between males and females.

It's also important to note that while the study found a link between fried foods and the risk of heart disease and stroke, it didn't prove a cause-and-effect link.

It's not clear from this study what types of foods people were eating fried, and that can make a difference. But, generally, fried foods are unhealthy because frying adds a lot of extra fat and calories.

"Think about how much olive oil you might drizzle over a salad, versus a food soaking up oil when you're cooking in it. Calories can quickly get out of control," White noted.

And how someone fries foods can make a difference too, she said. If the oil is too cold when you put food in to cook, it will absorb more oil before it's done. She said the temperature of oil should be 325 to 375 degrees Fahrenheit before cooking.

White also said that people don't always realize when they're eating fried foods, like chicken wings or a doughnut. "If you see the words crispy, crunchy or golden, there's a good chance it's fried. When something is fried and then covered with sauce, you might not know it's fried," she said.

Gianos said fried foods may not be the sole culprit in this study group. With more than 40% of the VA population exercising less than once per week and around 20% currently smoking, she said, "the greater message may be that this population is ideal for interventions targeting healthy behaviors."

Findings from the study were published recently in the journal Clinical Nutrition.