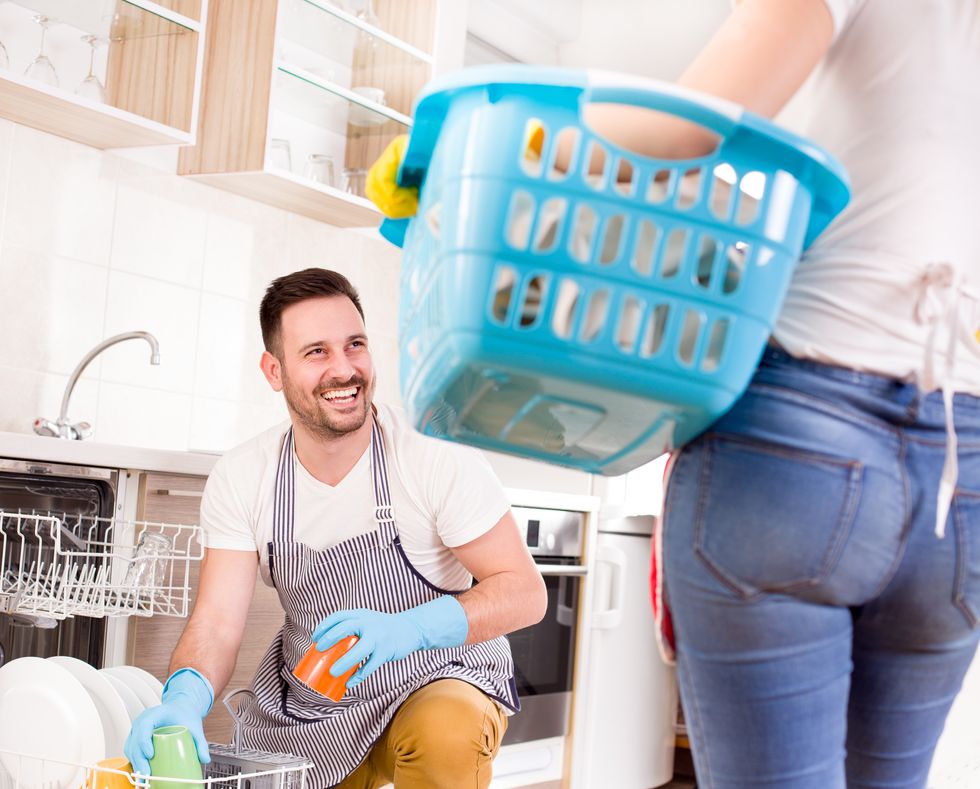 Husbands who are less than satisfied with their sex lives might want to fire up the vacuum.

TUESDAY, March 20, 2018 (HealthDay News)—Husbands who are less than satisfied with their sex lives might want to fire up the vacuum.

Why? New research suggests that when partners in a marriage feel the division of housework is fair, sexual satisfaction improves for both.

Read More: 5 Ways to Recharge Your Sex Life After You Have Kids

"Feelings of unfairness in housework and other aspects of your marriage can be corrosive to the relationship," said study co-author Anne Barrett. She's director of Florida State University's Pepper Institute on Aging and Public Policy.

"When the housework arrangement is unfair to women, it reduced—on a scale of zero to 10 points—by almost a point on average the sexual satisfaction scores for both women and men," Barrett noted.

The division of housework has gotten more equitable over the years, the researchers reported.

In the mid-1960s, women were doing about seven times more housework than their husbands. In 2013, women did about twice as much housework as their partners. In the mid-1960s, approximately 39 percent of women worked full-time outside the home. In 2013, that number was 57 percent, the researchers said.

The study authors wanted to see if the findings from previous research on the topic held up in an older group of couples.

The data for the new research came from a nationally representative survey completed between 2004 and 2006. The survey included more than 1,100 married, heterosexual respondents. Their average age was 55, and the average time married was 27 years. Almost 10 percent had children under the age of 6.

The researchers looked at three possible perspectives to see how the division of household labor might affect sexual relationships.

The first is called the temporal perspective, which suggests that household chores and work compete for someone's limited time. So if someone has to do extra work around the house, that cuts into the available time for sex.

The second is the distributional perspective. This suggests that couples look more at how housework is divided and judge whether or not it is distributed evenly, or whether or not someone is only doing "woman's work" or "man's work."

And the third perspective is fairness. This highlights whether or not each partner feels the distribution of housework is fair. It doesn't necessarily have to be an even distribution of work, but it needs to be seen as equitable.

Fairness was the most important perspective when it came to sexual satisfaction, the study found.

When couples perceived the division of housework as fair, both had greater sexual satisfaction. Sexual frequency didn't seem to be affected, however.

The researchers think this may be because in this older age group, other factors, such as health, may influence frequency.

Barrett suggested that "couples come up with solutions that both view as equitable and alter those over the course of [their] marriage."

Dr. Richard Catanzaro, chairman of psychiatry at Northern Westchester Hospital in Mount Kisco, N.Y., said "a lot of this is common sense. But it does become more relevant now as women are more in the workplace, but they're still expected to come home and do everything they did 50 years ago, too." He was not involved with the study.

As with other important aspects of marriage, Catanzaro said it's key to have open communication about housework.

"Sit down and talk about whether you're both doing your fair share. Have a discussion with your partner, who may not realize everything that you're doing. And if you have kids, remember, you're modeling behaviors and teaching expectations to them," he said.

The study was published recently in the journal Social Forces.