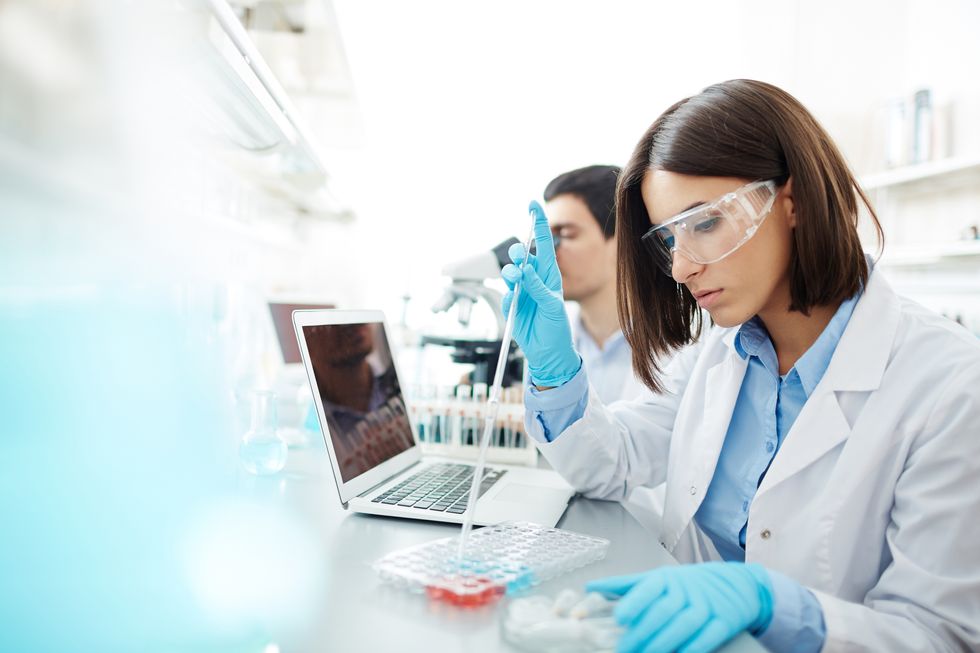 By getting a clearer picture of our genetic risks, we can be more proactive about making the changes within our power to prevent those conditions.

Years ago, a person's genetic profile equaled a giant question mark. Aside from stories about what ailed their parents and grandparents, people had a very limited picture of the diseases and conditions for which they were at risk. Today, things are quite different. In fact, there are hundreds ofgenetic tests available. Some of these screen for relatively common disorders, such ascystic fibrosis, some for certain mutations that increase cancer or heart disease risk, and some for very rare diseases. By getting a clearer picture of our genetic risks, we can be more proactive about making the changes within our power to prevent those conditions.

What is a genetic test?

Health care professionals use genetic tests for a variety of reasons. Some genetic tests help confirm a diagnosis based on symptoms. Others measure your risk of developing a disease, even if you are healthy now (called predictive and pre-symptomatic testing). And other types of genetic tests help determine whether you and your partner are at risk of having a child with a genetic disorder (called carrier screening).

As the name suggests, a genetic test looks at yourgenes, which were passed down from your parents and govern traits that range from eye color to ear shape to risk for disease.

What are genes, anyway?

A gene is a segment of DNA (deoxyribonucleic acid), a biomolecule that acts as the blueprint for an organism. DNA consists of two long, twisted strands that contain complementary genetic information (think of a picture and its negative). Genes are organized in units called chromosomes. Humans have 23 pairs of chromosomes-one set of 23 from the father and one set from the mother—for a total of 46.

How does a genetic test work?

Genetic tests examine chromosomes for abnormalities such as extra chromosomes, missing chromosomes, or transposed chromosomal material. Each chromosome holds 20,000 to 25,000 genes; therefore, extra or missing pieces of chromosomes or chromosomes that become switched can have a significant impact on a person's health.

The genes on chromosomes make proteins, which direct our biological development and the activity of about 100 trillion cells in our bodies. Proteins are essential to life—they serve as building blocks for cells and tissues; they produce energy; and they act as messengers between one area of the body to another.

In addition to studying genes themselves, some genetic testing includes biochemical tests for the presence or absence of certain proteins that may signal that genes are not behaving the way they should.

How much do genetic tests cost?

The cost of a genetic test varies dramatically, ranging from $100 to more than $2,000. The difference stems largely from the variation in labor intensity of different tests. Some tests look for a limited number of mutations (sometimes only one) known to cause a disease. This type of test may only look at one piece of DNA code for one specific mutation. Other genetic tests require sequencing of the entire gene. This involves examining each piece of DNA code comprising the gene, which can equal thousands of pieces of code.

There are also now numerous online genetic tests available, including AncestryDNA and 23andMe. You can send vial of your saliva in the mail to companies that claim to be able to give you a picture of your individual genetic code. Experts warn users not to put too much stock in these tests, however. Errors in the sequencing, as well as discrepancies in companies' databases and human errors with interpretation, can all lead to results that are less than reliable.

The explosion of genetic research now taking place is bringing prices down and increasing the number of tests available. Some tests can predict your genetic risk of more common disease, such as cancer, heart disease and diabetes. This information can help you and your health care professional develop specific strategies for prevention. Preventive efforts can include changing your lifestyle or perhaps taking certain medications, which may be tailored to your specific genetic profile, as well as early screening to get a jump start on treatment should you develop the disease.

If you're interested in genetic testing, ask your health care professional for more information.

Genetic Counseling: What You Need to Know