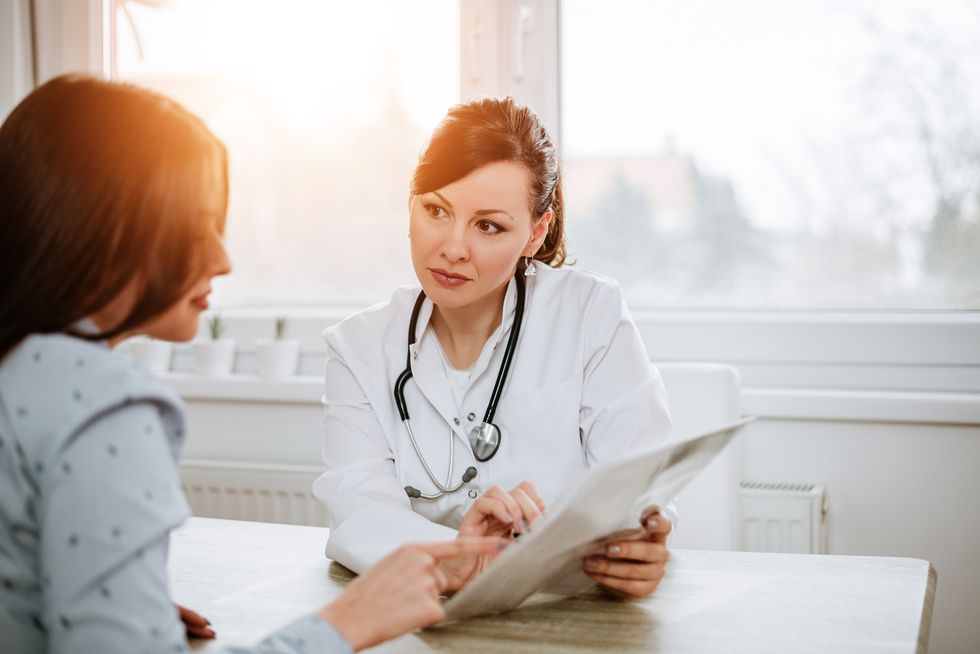 Here's an overview of the most common Ashkenazi Jewish genetic diseases.

People of Ashkenazi Jewish descent are at increased risk for a group of rare disorders compared to the general population. Many of these diseases are severe and can cause early death; however, some can be treated to extend life and ease symptoms. Pregnancy screening tests such as chorionic villus sampling (CVS) or amniocentesis can catch some of these diseases. Health care professionals usually encourage these tests if one of both parents are carriers of a genetic disease.

Here's an overview of the most common Ashkenazi Jewish genetic diseases:

Canavan disease is a neurodegenerative disease characterized by lack of the aspartoacylase enzyme. This enzyme is critical for normal central nervous system development and function. The disease progresses similarly to Tay-Sachs disease, and affected children usually die by age five. Some doctors are not aware of the risk for Canavan disease. The carrier rate is about one in 55 among people of Ashkenazi Jewish descent.

Congenital deafness can be caused by one of two changes in a gene called Connexin 26. About one in 21 individuals of Ashkenazi Jewish descent has one of the two mutations.

Cystic fibrosis is characterized by the production of thick mucus, which leads to pulmonary and digestive problems. The disease results from a mutated CFTR gene (cystic fibrosis transmembrane regulator). About one in 25 Caucasian Americans carries a mutation in this gene. Cystic fibrosis occurs most frequently in Caucasians of northern European origin. Because there are many possible disease-causing mutations in the gene, most tests are only about 80 to 85 percent accurate (and this may be even lower in some ethnic groups). Tests for Ashkenazi Jewish carriers are about 97 percent accurate, however, because there are three specific mutations for cystic fibrosis in this population. The carrier rate in people of Ashkenazi Jewish descent is 1 in 29.

Gaucher disease Type I is a disorder caused by a lack of glucocerebrosidase, an enzyme that helps clear glucocerebroside from a person's cells. The condition can lead to slower growth in children, bone degeneration, anemia, enlargement of the spleen and liver and thrombocytopenia (low platelet count). A replacement enzyme treatment is available, but the product is expensive—up to $300,000 per patient per year. The carrier rate among the Ashkenazi is between one in 10 and one in 15. Not everyone who inherits two Gaucher disease mutations develops the disease or is aware of it.

Tay-Sachs disease is characterized by absence of hexosaminidase A, an enzyme that breaks down GM2-ganglioside. Without this enzyme, fat builds up in the central nervous system, leading to neurological degeneration. Afflicted children develop symptoms at around six months of age, and the disease is usually fatal in children within a few years. (Adult-onset forms of Tay-Sachs disease are rarer and less severe.) Carrier screening can be done with a blood sample looking at DNA mutations or decreased enzyme levels, (carriers have reduced enzyme levels). The most accurate test for Tay-Sachs disease is one that looks for both the enzyme level and a mutation . The carrier rate among the Ashkenazi Jewish population is about one in 27; the rate is about one in 250 among French Canadians, Cajuns and Irish.

Other conditions with a higher carrier rate in the Ashkenazi Jewish population for which testing is available include: