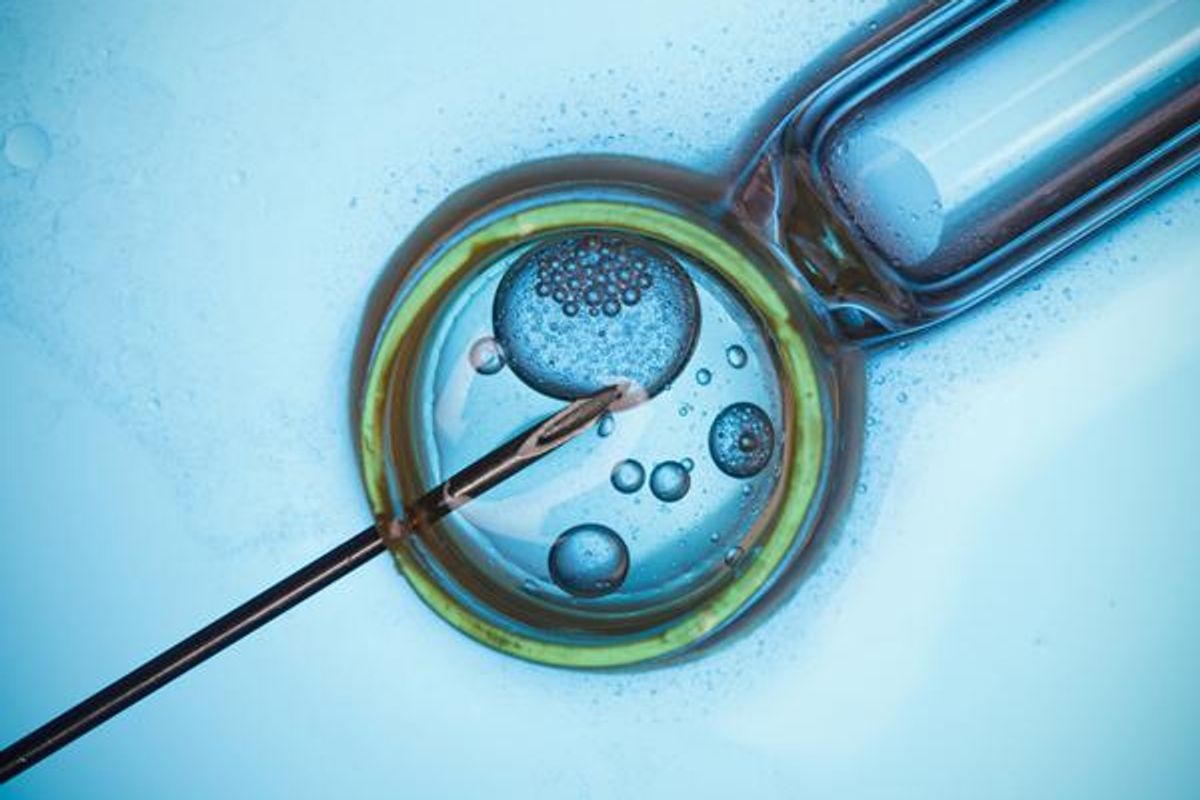 A now 5-month-old baby boy is the first worldwide to be born using a controversial technique that combines DNA from three people—two women and a man.

TUESDAY, Sept. 27, 2016 (HealthDay News)—A now 5-month-old baby boy is the first worldwide to be born using a controversial technique that combines DNA from three people—two women and a man.

As reported Tuesday by New Scientist magazine, the technique is designed to help couples who carry rare genetic mutations have healthy children. It has only been legally approved for use in the United Kingdom.

According to the report, the boy was born to a Jordanian couple in which the woman carries genes for Leigh syndrome, a lethal nervous system disorder. The DNA for the illness resides in the cell's energy source, the mitochondria. Mitochondrial DNA is only passed down to children via mothers.

The woman in this case was herself healthy but had already had two children who later died of Leigh syndrome, New Scientist reported.

So, the couple turned to a team led by Dr. John Zhang at New Hope Fertility Center, in New York City. Zhang had long been working on a "three-parent" method of conception called "spindle nuclear transfer." In this method, doctors remove the nucleus from one of the mother's eggs and insert it into a donor egg that has had its own nucleus removed.

This egg—which now contained DNA from the Jordanian mother, along with mitochondrial DNA from the female egg donor—was then fertilized using the father's sperm.

According to New Scientist, this method resulted in five embryos, only one of which matured in a normal way. It was this embryo that was implanted into the Jordanian mother, who gave birth nine months later.

The New Scientist pointed out that, in keeping with the Muslim couple's religious beliefs, this technique did not involve the destruction of embryos. Also, a male embryo was used so that the resulting child could not pass on mitochondrial DNA.

Tests conducted on the baby boy's mitochondria has revealed that less than 1 percent carries the Leigh syndrome mutation. This is below the 18 percent threshold that scientists believe is necessary for the syndrome to develop.

The procedure was conducted in Mexico. Because the three-parent technique is still not allowed in the United States, Zhang performed the procedure in Mexico where "there are no rules."

He told New Scientist that he believes this path to conception was the right choice for this couple, because "to save lives is the ethical thing to do."

Still, another expert had some concerns. Bert Smeets is a fertility expert at Maastricht University in the Netherlands. He told New Scientist that while the boy's birth is "exciting news," the child must be monitored going forward to make sure the faulty DNA doesn't multiply and cause problems down the road.

"We need to wait for more births, and to carefully judge them," Smeets said.

The procedure will be described in detail in October at the American Society for Reproductive Medicine's annual meeting in Salt Lake City.