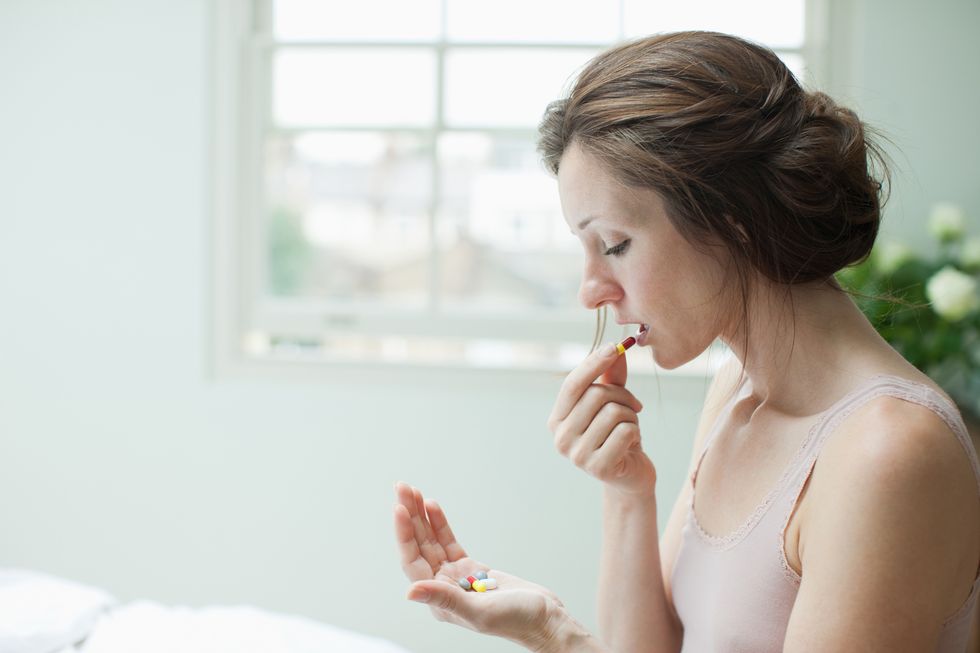 Fighting a Cold or Flu? Beware of Overdosing on Tylenol

Fighting a Cold or Flu? Beware of Overdosing on Tylenol

A brutal flu season has had people reaching for relief in their medicine cabinet, but a new study warns that overdosing on acetaminophen (Tylenol) is more common when bugs and viruses are circulating.

MONDAY, March 12, 2018 (HealthDay News)—A brutal flu season has had people reaching for relief in their medicine cabinet, but a new study warns that overdosing on acetaminophen (Tylenol) is more common when bugs and viruses are circulating.

It turns out that the odds of taking more than the recommended 4 grams a day jumps 24 percent during these months, said lead researcher Saul Shiffman. He is senior scientific advisor at the research firm Pinney Associates in Pittsburgh.

Why the jump? People battling the flu often take more than one medication for their symptoms—one remedy for headache, another for sniffles, another for backache—not realizing that all of them may contain acetaminophen, Shiffman explained.

"If you don't realize each contains acetaminophen, you might end up exceeding the daily limit inadvertently," he said.

Taking too much acetaminophen can cause liver damage, Shiffman said, although he noted that most people in this study who took too much did not hit the high levels that would overload the liver.

"The daily limit is set pretty conservatively. There's no indication that if you go a little over 4 grams, that puts you at risk. The idea is we want people to follow the label directions," Shiffman added.

On the other hand, people at risk for liver damage might be harmed by taking even lower amounts of acetaminophen, and should be particularly careful, said Dr. Thomas Schiano. He is medical director of adult liver transplantation at the Recanati/Miller Transplantation Institute at Mount Sinai in New York City.

"We tell people who have cirrhosis or are on the liver transplant waiting list that they should not take more than 2 grams a day," Schiano said. "The reason why we choose 2 grams is there really hasn't been a documented overdose with 2 grams of acetaminophen."

People who drink a lot of alcohol or have HIV should also track the acetaminophen they're taking, Schiano said.

For this study, Shiffman and his colleagues recruited nearly 14,500 adults who had used acetaminophen within the past month, and asked them to report their medication use for one week.

About 6 percent of people exceeded the maximum recommended adult dose at least one day that week, the findings showed. Overall, the 4 gram limit was exceeded on about 4 percent of days in which patients took acetaminophen.

The risk of overdosing on acetaminophen during cold and flu season was primarily caused by people taking more over-the-counter combination medications designed to treat multiple symptoms, the researchers found.

"We actually found higher rates of going over the daily limits with NSAIDs," because the drugs are contained in an even wider array of over-the-counter medications, he explained.

People who are sick and taking these remedies need to read the instructions to see how much acetaminophen is contained in each one, and add them up to make sure they don't overdo it, Shiffman advised.

"People should understand which of their medicines contain acetaminophen, and should be aware of the daily limit of 4 grams, and think of this as something that spans different medicines," he said.

The new study was published recently in the British Journal of Clinical Pharmacology.