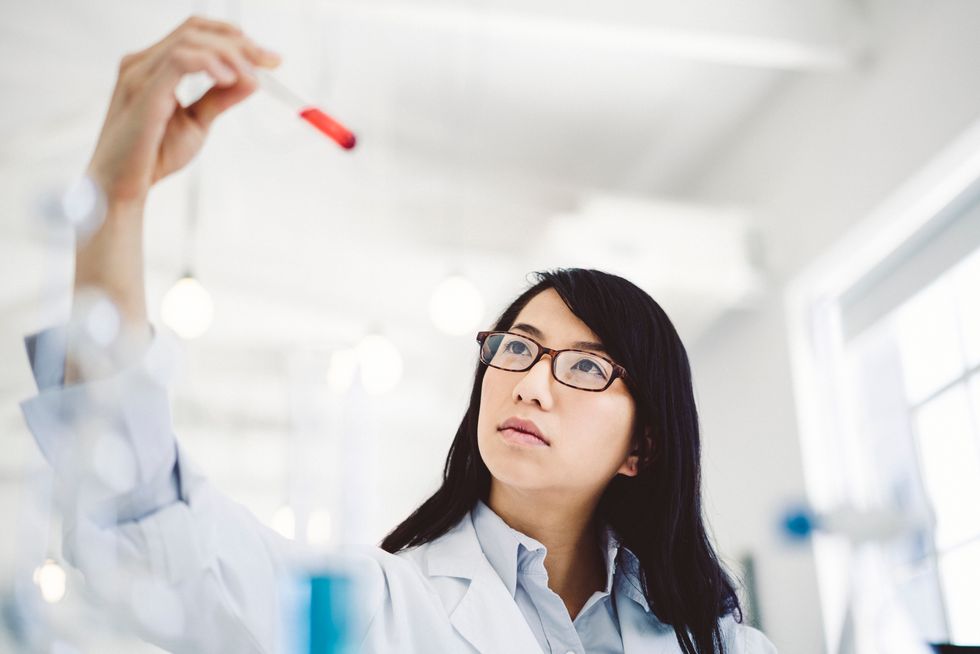 Genetic blood testing is showing potential as a means of catching some early stage cancers, researchers are reporting.

For example, a panel of three different genetic tests was able to detect early stage lung cancer about half of the time in people who'd already been diagnosed with the disease.

The tests also detected late-stage lung cancers about 9 out of 10 times, the researchers said.

The findings were reported Saturday at the American Society of Clinical Oncology's annual meeting, in Chicago.

"This is proof of principle that broad genome-wide sequencing has the ability to find cancer, and sometimes early stage curable cancer," said lead study author Dr. Geoffrey Oxnard. He's an associate professor of medicine at the Dana-Farber Cancer Institute and Harvard Medical School, both in Boston.

"That creates an opportunity for further development as a cancer detection or screening assay," he said.

Cancer survival rates soar when tumors are detected in their earliest stages, the researchers said in background notes. Having a blood test that can detect early cancers would save countless lives.

Oxnard and his colleagues want to take that a step further, by developing a test that uses cell-free DNA to catch cancers as early as possible.

Their overall effort, the Circulating Cell-Free Genome Atlas (CCGA) study, has enrolled more than 12,000 of a planned 15,000 participants across the United States and Canada.

The ASCO meeting report represents some of the first results from the larger study. In it, the researchers used genetic tests to analyze the blood of 127 people who had been diagnosed with lung cancer.

The three tests looked for both cancer mutations and changes in genetic function that can indicate cancer, the researchers said.

The tests also had a very low rate of false positives -- when a test says cancer is present when it isn't. The researchers tested 580 blood samples from people without cancer, and found only five with genetic changes indicating cancer.

Of those five supposedly cancer-free people, two were subsequently diagnosed with stage 3 ovarian cancer and stage 2 endometrial cancer, further highlighting the potential of the tests to find early stage cancers, the researchers said.

"The fact is we acquire mutations as we age. Our white cells have mutations, and these mutations pollute the DNA that's in the blood," Oxnard said. "You have to screen out the white cell signal to end up with the leftover signal that's in the free DNA. In that signal is where you can find the cancer signal."

About 54 percent of mutations detected in the blood samples were from white blood cells rather than cancers, the researchers said. These will need to be filtered out of any blood tests ultimately developed for early detection of cancer.

For example, one of the most common mutations related to cancer is in a gene called KRAS, Johnson said.

"If you picked up KRAS in the bloodstream, you're not sure if it came from the lung or the pancreas or the colon," said Johnson, chief clinical research officer at the Dana-Farber Cancer Institute.

Oxnard agreed that further research is needed before these genetic tests could be used by doctors, but he couldn't say how long it might take to produce a clinically useful screening tool.

"I would have told you this study we're talking about was years off a year ago. This is striking evidence of progress," Oxnard said.