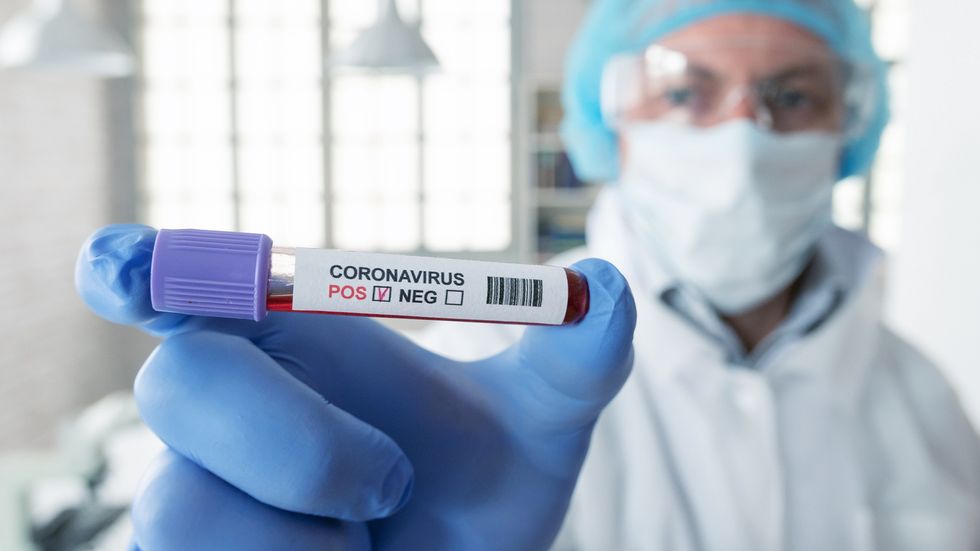 Understanding the sex disparity in coronavirus infections may be the key to a viable vaccine and treatment.

It’s often said that a virus doesn't discriminate: it’s an equal-opportunity infector. But the coronavirus appears to be an exception in that it hits men harder than women. While men and women are infected at similar rates, the death rate of men is far higher. This has been shown in multiple studies in countries around the world, including here in the United States.

In February, the Chinese Centers for Disease Control released a large-scale study that found that the death rate among men was 2.8%, compared to 1.7% for women. And in a March study of those hospitalized with the virus, the (U.S.) Centers for Disease Control (CDC) concluded that “males may be disproportionately affected by COVID-19 compared with females.” In fact, the study found that 54% of those hospitalized were male, compared to only 46% female.

In March, CNN and Global Health 50/50 analyzed publicly available data from 20 countries with the highest number of confirmed cases.It found that men were 50% more likely than women to die from coronavirus.

The United States wasn’t included in the study because the CDC either doesn’t collect or doesn’t release data on sex disparities with coronavirus. So we don’t have data on a national scale, but reporting by the public health departments in individual states confirms the pattern we’re seeing worldwide.

Beyond X and Y chromosomes

Public health experts have theorized that gendered behavior may be a determinant factor in mortality rates for respiratory diseases. For instance, men smoke and consume alcohol at a higher rate than women. According to World Bank and World Health Organization data from 2015 compiled by CNN, 26% of men and 7% of women over the age of 15 smoke, and men over the age of 15 consume 11 litres of alcohol per year, compared to only 2 litres consumed by women.

Moreover, men generally don’t take as good care of their health; on average American men live five years less than women. Additionally, they are more likely to have serious underlying medical issues. According to that March study of hospitalized COVID-19 patients from the CDC, roughly “90% had one or more underlying conditions, the most common being obesity, hypertension, chronic lung disease, diabetes mellitus, and cardiovascular disease.”

But Sabra Klein, Ph.D., a professor at the Johns Hopkins Bloomberg School of Public Health and an expert on sex differences in infectious diseases, says these reasons are not enough to explain the male bias. For example, in Spain, where the percentage of men and women who smoke cigarettes is similar (31% to 27%, respectively), the death rate from COVID-19 for men is 60% to women’s 40%.

In an interview with HealthyWomen, Klein said, “The growing observation of this male bias across distinct countries and cultures really is suggestive of some type of universal mechanism that speaks to the underlying biology.”

In other words, men may be dying from coronavirus in higher numbers because of their sex. Women, on the other hand, are contracting the virus, but their illness is far less likely to be fatal.

This innate or natural immunity comes from the sex hormone estrogen and certain genes present on the X chromosome, which together can regulate and influence the immune system in response to viral infections and vaccinations. This in turn can cause lower viral loads, less inflammation and higher levels of antibodies that remain in circulation longer — making women less susceptible to viral infections.

“Women in fact have a better immune system and may be managing the infection better because they have the innate ability to do so,” Klein said.

This is where it gets tricky, because women’s stronger immune systems can make them more likely to have an autoimmune disease. Those with chronic diseases (which are often caused by an unhealthy lifestyle) or who are immunocompromised are at greater risk of contracting COVID-19 and having serious complications when they do get sick. Even with this phenomenon, however, men are dying at higher rates.

The race is now on to develop a vaccine and treatment for coronavirus, with at least 70 vaccines being developed by researchers worldwide, including in the U.S. Understanding the underlying sex-based differences in biological mechanisms can help identify which individuals are at high-risk to contract coronavirus (based on comorbidities and/or chronic illnesses) and which drugs will be most effective in prevention and treatment.

It’s worth noting that data from studies in 2004 and 2017 from the SARS epidemic and MERS outbreaks also showed sex-specific differences in infection rates and deaths. Laboratory male and female mice infected with SARS showed that males were more susceptible to infection than females.

Interestingly the sex bias increased with age: middle aged male mice showed more infection compared to young males. The lungs of male mice also had increased inflammatory response compared to female mice, which contributed to the increased mortality in male mice. The researchers were also able to demonstrate that the sex steroid estrogen had a protective effect in female mice.

This is important data that may aid today’s researchers in their quest for a vaccine and treatment for coronavirus.

Historically, women have been left out of clinical trials, which has led to poor health outcomes. For example, heart attacks in women were sometimes labeled as atypical in the textbooks. In actuality, up to 50% of the time, women’s symptoms and test results simply differed from men’s. Rather than having blockage in their arteries like men, women’s arteries can spasm but still kill heart tissue, explained Jan Werbinski, M.D., Executive Director of the Sex and Gender Health Collaborative, a initiative of the American Medical Women's Association.

“The testing wasn’t showing these women who were actually having heart attacks,” said Werbinski, “until it was too late.”

She explained that we can look to the influenza vaccine for an example of why sex matters in developing the coronavirus vaccine.

“Testosterone counteracts the action of the flu vaccine in men, so it takes twice as much vaccine to vaccinate a man than a woman,” Werbinski said, adding that the vaccine is made in a man’s dose so women are getting twice as much as they need.

“As we continue to develop and test [coronavirus] vaccines, not only is it important to balance the number of women and men in the clinical trials but also disaggregate and analyze the data between women and men separately,” Klein said.

With the upcoming vaccine clinical trials, researchers should see if women report greater adverse events or side effects (fever, inflammation, pain at injection site, etc.) more often or to a greater extent — since women are known to generate a stronger antibody response than men in response to a virus.

Women play a significant role as traditional caregivers or health care staff. They take care of their parents, children and spouses and should be more aware of a greater risk for secondary exposure to COVID-19. We may start to see more cases in women when the second wave hits. But as of now, we need to continue to be vigilant and follow the CDC guidelines on hygiene and social distancing to keep ourselves and our families safe.

The Long-lasting Impacts of Covid-19

What You Need to Know About Antiviral Treatment for Covid-19 — A Conversation with Christina Nguyen, PA-C

Why Diversity in Clinical Trials Is Important

15 Minutes With: Loretta C. “Lee” Ford, Ed.D., Talks to HealthyWomen About the Nurse Practitioner Profession and Her Career