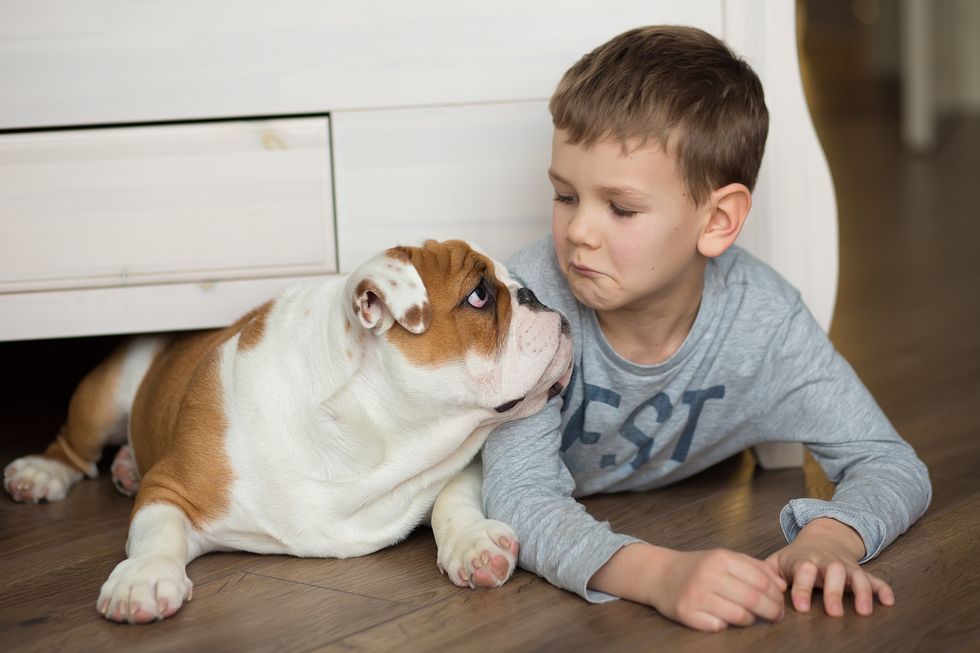 Can Dogs Chase Away Eczema and Asthma?

Parents of children with eczema or asthma might think they should avoid having a dog in the house. But two new studies suggest dogs might provide some protection against allergic diseases.

FRIDAY, Oct. 27, 2017 (HealthDay News)—Parents of children struggling with eczema or asthma might think that having a dog would only make it harder to control their child's condition.

The first study contends that having a dog in the house before you're even born may help keep eczema at bay at least until your toddler years. The skin disorder is marked by dry, extremely itchy patches.

"Eczema is usually the first manifestation of [allergic disease] and eczema can predict the development of other [allergic diseases] as kids grow," said study author Dr. Gagandeep Cheema, an allergy and immunology fellow at Henry Ford Hospital in Detroit.

The researchers analyzed 782 mother-child pairs and collected data on prenatal exposure to dogs, which included days where a dog spent at least one hour inside the home.

When the investigators compared kids with prenatal dog exposure to those without, the risk of eczema was reduced in children of dog households by about half at age 2. The effect appeared to diminish by age 10, but Cheema said the researchers are still gathering data and suggested that finding might eventually change.

The second study looked at living with dogs and the odds of asthma symptoms linked to substances found on the dog, such as bacteria, or the dog's own allergens. This study included 188 children from Baltimore with the breathing and wheezing disorder. Ninety-two percent were black, and their average age was 10.

Researchers from this study found that the non-allergen substances on the dogs appeared to reduce the need for an asthma inhaler and reduced nighttime symptoms of asthma. On the flip side, exposure to allergen-inducing proteins from dogs seemed to up the odds of inhaler use and nighttime symptoms.

"Among urban children with asthma who were allergic to dogs, spending time with a dog might be associated with two different effects," said study author Dr. Po-Yang Tsou, from Johns Hopkins University.

"There seems to be a protective effect on asthma of non-allergen dog-associated exposures, and a harmful effect of allergen exposure. However, dog allergen exposure remains a major concern for kids who are allergic to dogs," Tsou said in a statement.

Dr. Craig Osleeb is a pediatric allergist and immunologist at Northern Westchester Medical Center in Mount Kisco, N.Y. He reviewed both studies and said the research left a lot of questions unanswered.

Osleeb noted that the kids with higher exposure to the dog allergen proteins were the ones that tended to have more symptoms. He said isolating those proteins that caused worse symptoms might be a way to help families with asthmatic children find dogs that may help asthma rather than make it worse, though it's too soon to tell yet.

Cheema said it's too soon to say whether or not people should try to increase exposure to dogs to keep allergic diseases at bay.

"I wouldn't tell anyone to go get a dog. It can be a dangerous thing if people have severe allergies and asthma," she noted.

But for parents who already have a dog in the home, "it's definitely fair to say that this and other research has shown that a dog may be protective," she added.

Cheema said the current theory is that having a dog may expose children to substances that affect their microbiome—the natural mix of bacteria found in the gut.

Both studies were to be presented Friday at the American College of Allergy, Asthma and Immunology's annual meeting, in Boston. Findings presented at meetings are typically viewed as preliminary until they've been published in a peer-reviewed journal.

The Humane Society has advice on living with pets when you're allergic.

The Best Way to Diagnose a Food Allergy