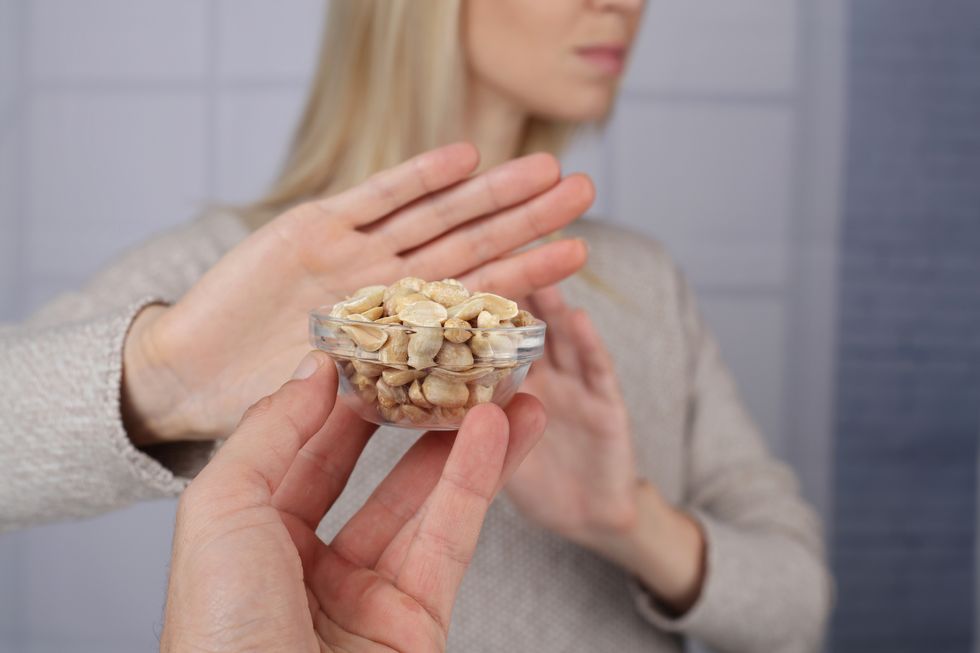 Researchers report that a new drug injection might offer at least temporary protection against the most severe reactions.

THURSDAY, Nov. 14, 2019 (HealthDay News) -- People with peanut allergy must be constantly vigilant to avoid a life-threatening allergic reaction. But researchers report that a new drug injection might offer at least temporary protection against the most severe reactions.

Just one shot of an experimental antibody treatment allowed people with severe peanut allergy to eat about one peanut's worth of peanut protein two weeks later, the study found.

Peanut allergy affects an estimated 2.5% of American children, and that number has risen sharply over the past decade, according to the American College of Allergy, Asthma and Immunology (ACAAI).

Children and adults with a peanut allergy are at risk of having a sudden and severe allergic reaction (anaphylaxis) that can be life-threatening if they consume even small amounts of peanuts.

The problem is that peanuts are in many foods, such as candy, cereal, baked goods, sauces, marinades and even in ice cream, according to the ACAAI.

That means people with peanut allergies have to be extra-careful about what they eat at home, and often have to limit the places they'll eat at away from home. For example, many Asian foods are made with peanuts or peanut sauces, and possibly fried in peanut oil.

Besides avoiding foods with peanuts, the only current treatment for peanut allergy is oral immunotherapy. This treatment requires people to eat tiny bits of the food they're allergic to at their doctor's office. The amount of the offending food is increased over time. Treatment can take six months to a year, and they're at risk of an allergic reaction during the process, the study authors explained.

The drug tested in the trial works in a different way. Called etokimab, the drug interferes with the action of a substance called interleukin-33 (IL-33). IL-33 triggers a cascading response that causes an allergic reaction when exposed to an allergen, such as a peanut.

Fifteen days later, they all consumed a small amount of peanut protein under medical supervision. They were given the food challenge again 45 days after the drug injection.

At 15 days, 73% of those treated were able to eat the equivalent of protein from one peanut. By day 45, just 57% who received the drug were able to pass the food challenges. People given the placebo couldn't tolerate the peanut protein at either time.

"We were surprised to see an effect that was so dramatic," Nadeau said.

Because this was a small, phase 2 clinical trial, Nadeau said larger studies that include younger patients and patients from more than one medical center are still needed.

The new medication appeared to be well-tolerated, and no serious side effects were reported.

Dr. Noah Stern is chief of otolaryngology at DMC Harper University Hospital in Detroit. He said though the study is "exciting and important, it's really just a starting point." He was not involved with the research.

"Food allergies are becoming more and more common, so we need many tools to treat food allergies, and this study seems to show this drug might be a good tool for treating peanut allergy," Stern said. But he added that the study was small and the drug is not available outside of clinical trials.

Cost is another concern, he pointed out. Biologic drugs like this can cost thousands of dollars a month.

Results of the study were published Nov. 14 in the journal JCI Insight.