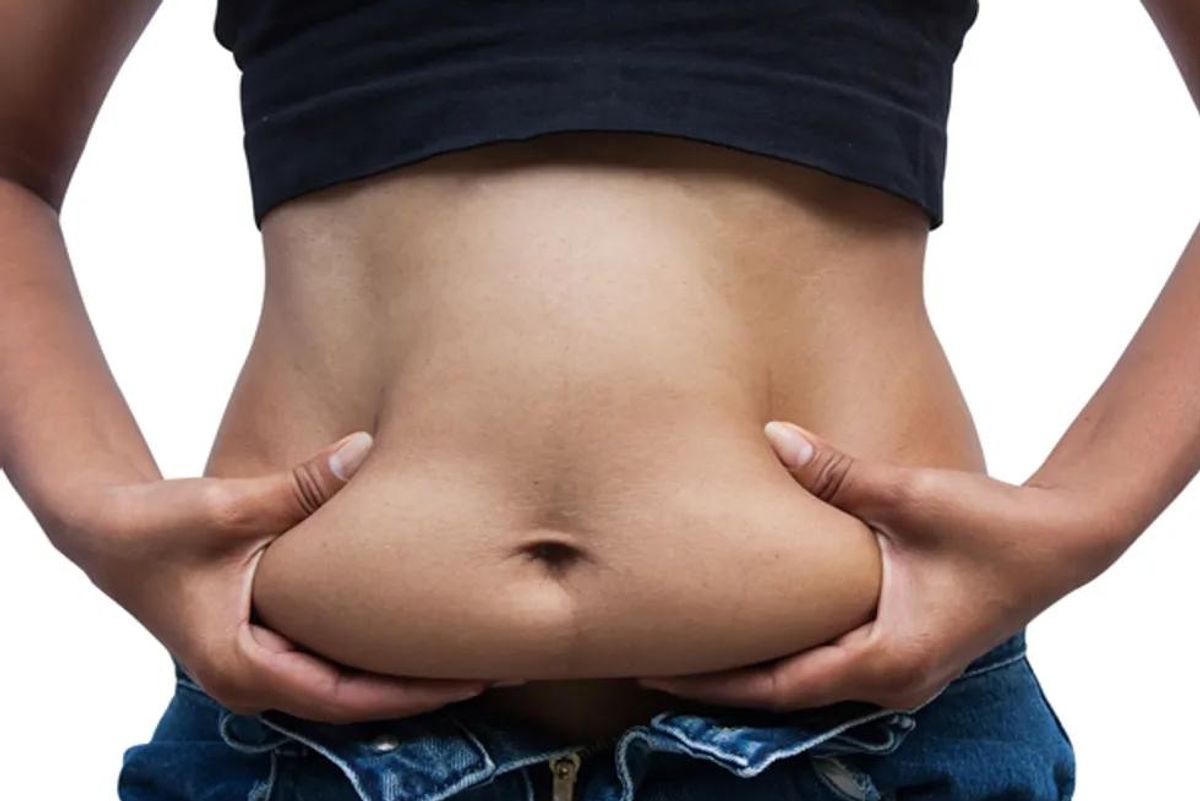 Belly Fat Is Bad, Even at a Normal Weight

HealthyWomen Editors
10 Nov 2015 Your Wellness
obesity
Medically Reviewed
This article has been archived. We will no longer be updating it. For our most up-to-date information, please visit our obesity information here.

MONDAY, Nov. 9, 2015 (HealthDay News) -- Can belly fat be a problem even for people who aren't overweight? New research says yes, excess weight around the middle boosts the risk of premature death even for people considered normal weight.

What's more, normal weight people with excess stomach fat had an even higher risk of dying early than overweight or obese people did, according to new research published online Nov. 10 in the Annals of Internal Medicine.

"Belly fat is bad fat," said Dr. Paul Poirier, from the Institute of Cardiology at Laval University in Quebec, Canada, and the author of an accompanying editorial in the same issue of the journal.

Stomach fat has been linked to high cholesterol, inflammation, heart disease, stroke and diabetes, he explained.

For the study, a team led by Dr. Francisco Lopez-Jimenez, a professor of medicine at the Mayo Clinic in Rochester, Minn., used data from a national survey to compare the risk of premature death among more than 15,000 adults. The mean follow-up time was 14 years.

The researchers looked at body mass index (BMI), a rough estimate of body fat based on weight and height measurements. They also looked at waist-to-hip ratios.

The investigators found that normal weight adults with extra stomach fat had the worst long-term survival, regardless of BMI. And, normal weight men with bigger bellies seemed to fare even worse than slender women with more tummy fat.

Dr. David Katz, director of the Yale University Prevention Research Center, in New Haven, Conn., and president of the American College of Lifestyle Medicine, said the study findings raise the question: who would have more belly fat and still be at a normal weight according to their BMI?

Some people are more prone to depositing excess fat around the middle, he said. This can lead to fat accumulation in vital organs, especially the liver, he explained.

Another group may be those who have excess body fat and illness, perhaps in early stages, causing loss of lean body mass, Katz said. Although it's not clear from this study how many people might fall into this category, he added.

Regardless of why someone has gained weight around the middle, Katz said, "We have long known that all varieties of overweight are not created equal with regard to health risk, and that central obesity is the most concerning variety."

In his editorial, Poirier wrote, "These new data provide evidence that clinicians should look beyond BMI. Although assessing for total fat mass with BMI to identify patients at greater cardiovascular risk is a good start, it is not sufficient."