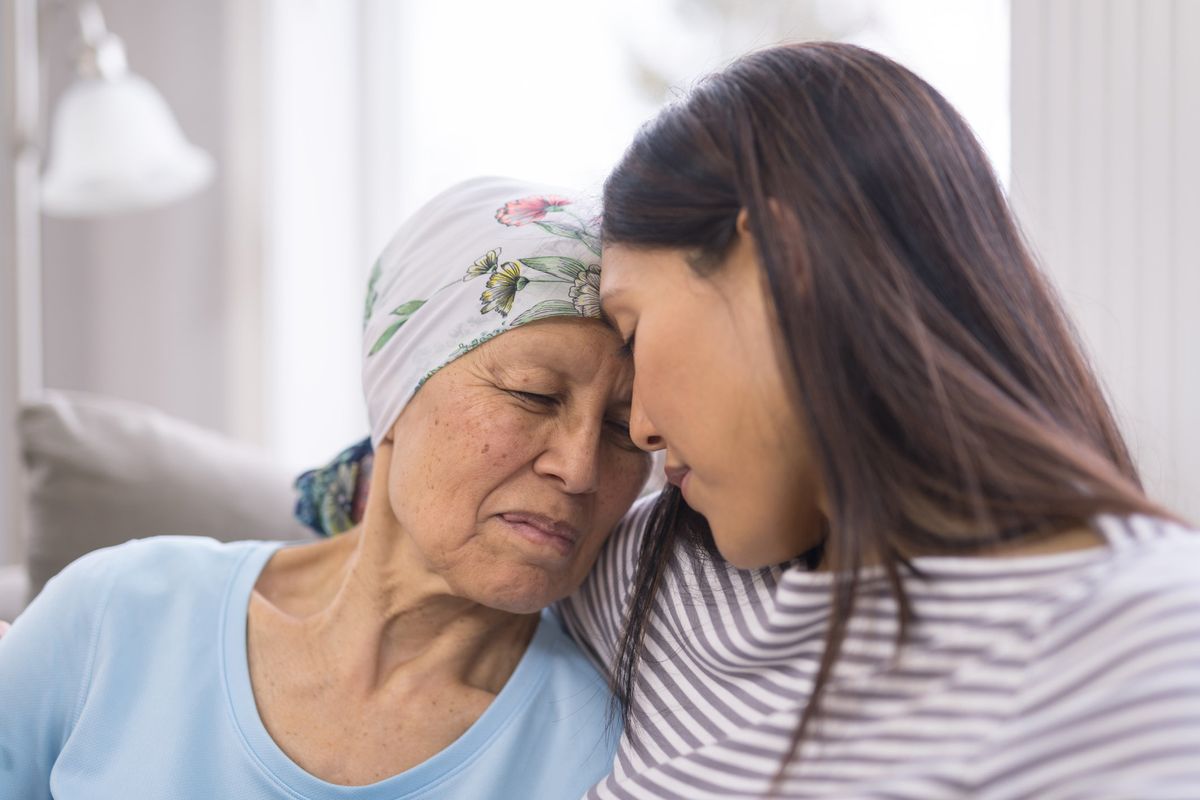 Are You a Caregiver Neglecting Yourself? You're Not Alone

According to a recent survey, more than four in 10 caregivers put the health of the person they are caring for above their own.

At some point in their lives, many women will care for or know someone who is caring for a family member or close friend who is older, sick or disabled. And, according to the Embracing Carers™ conducted in 2017, more than four in 10 caregivers put the health of the person they were caring for above their own.

That's no small concern when you consider that approximately 43.5 million people in the United States were unpaid caregivers to an adult or child in 2015, according to the National Alliance for Caregiving and AARP. The value of that work was estimated to have a worth of about $470 billion in 2013, which grew from $450 billion in 2009.

The toll from that work is harder to measure. While it's true that there are plenty of personal rewards and satisfaction from caregiving, there are also untold demands and challenges.

Caregivers must juggle the demands of their own lives with those of the person they're caring for. They may be working or have a spouse or other family at home, which adds stress to the already stressful job of caregiving.

Having enough time and resources to run your own life can be a challenge. Finding the time to adequately address the needs of another person who is unable to help themselves can take its toll physically, emotionally and financially.

Indeed, the Embracing Carers™ survey of over 5,000 caregivers between the ages of 18 and 55 in the United States, United Kingdom, Australia, France, Germany, Spain and Italy proved just that. The survey found that more than a quarter of caregivers had not received any information or practical support in the last 12 months, support that would have no doubt eased the burden and stress of their myriad responsibilities.

There are so many nuances to being a caregiver that it can be like learning a new language or beginning a new career, especially in the beginning. How do you transfer someone from a wheelchair to a bed? How do you communicate with someone with dementia? What legal matters do you need to know about? What's the best way to help ease the fears of someone with a cancer diagnosis?

With the 24/7 overwhelming demands that caregivers face, it's no wonder they neglect their own health while taking care of someone else's health.

Many feel guilty if they think about or spend time on themselves rather than with the person they are caring for, and the Embracing Carers™ survey found that more than half the caregivers agreed that their own physical health has suffered. How could it not, when more than half said they had no time to book or attend their own medical appointments and recognized that their physical health suffered as a result?

Many caregivers don't have adequate time to eat right or socialize, and 61 percent of female caregivers surveyed find it difficult to sleep on a regular basis, which is imperative to maintain and enjoy optimal health. Lack of sleep can often lead to fatigue, so it's not surprising that 73 percent of female caregivers admit they feel tired all of the time. Three out of five respondents could not find the time to exercise, another important measure of self-care that helps keep you healthy.

And it's not only their physical health, but also their mental and emotional health that are neglected, sometimes leading to burnout. Caregiver burnout is all too common, with symptoms similar to depression and stress: withdrawing from friends and loved one, loss of interest in things they used to enjoy, changes in weight or appetite (or both), disturbed sleep, anxiety, irritability and emotional and physical exhaustion.

The Embracing Carers™ survey found much evidence of these symptoms. Sleep difficulties were reported by almost three in five respondents. Almost half felt depressed and almost the same number experienced a change in their weight as a result of caring for others. And on top of all of this, a third of female caregivers feel their role as a caregiver has put pressure on their financial situation.

To help alleviate the burden and stress of caregiving, caregivers need to know they're not alone. And they should not feel embarrassed or ashamed to admit that they need help or to ask for help. Although almost three in five caregivers reported needing help for anxiety, stress and depression, only three in 10 actually sought that help.

More than a fifth of the survey's respondents said their relationship with their family had been negatively affected by their role. Caregivers can avoid burnout and preserve their own personal relationships by reaching out to a friend, coworker, neighbor or therapist; recognizing their own limitations and potential for burnout; taking advantage of respite care services; and setting aside time for self-care.

Similar to how adults on airplanes are instructed to place the oxygen mask on their face before assisting their children, caregivers need to care for their own health so they will be able care for someone else. Remembering this principle can help them give the best of themselves to the people they are caring for.

Resources like Embracing Carers™ can link caregivers to supportive caregiver and patient organizations around the world.

Through HealthyWomen, Healthy Economies and Embracing Carers™, EMD Serono is working to address the public health issue of caregiving and support the unique impacts that caregiving has on women.