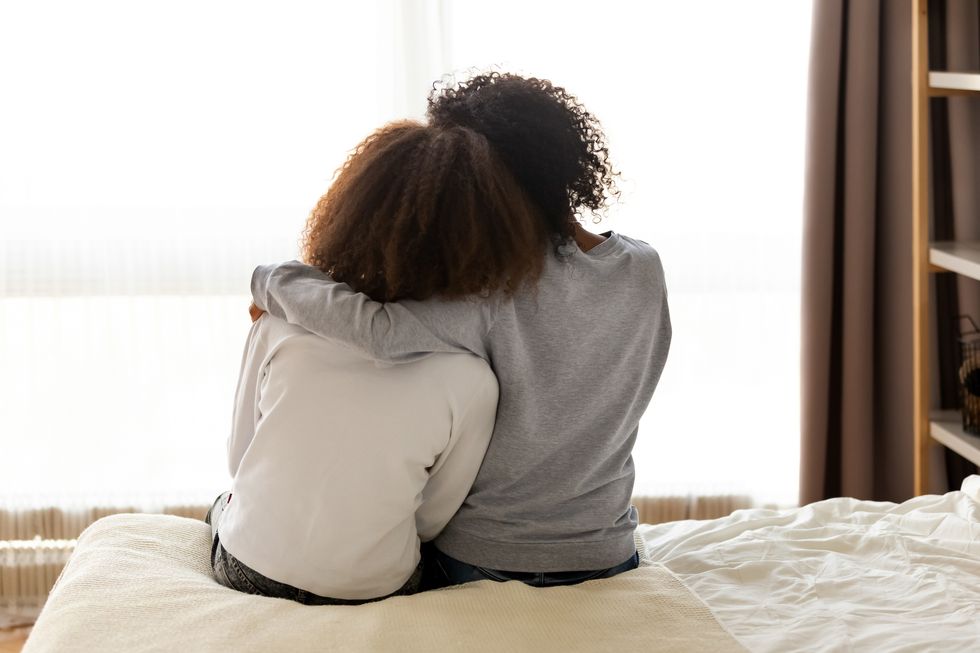 My mother, my grandmother and I have all suffered from depression or anxiety. Now that my daughters are showing symptoms, I want to know how to break the generational cycle.

I've suffered from cyclical depression since I was 13, a condition that worsened during both of my pregnancies. After I became a mother, I started to wonder whether my mental-health history would impact my children. Depression and anxiety run in my family, especially down the maternal line. As my own daughters grow into adolescence, I've worried about how these disorders might affect them.

So I started researching the hereditary components of mental health, hoping to better understand this complex topic and gain some wisdom on how to support my children. What I learned first alarmed and then encouraged me.

My concern was first sparked by a 2016 study suggesting that there is "particularly robust association in depression between mothers and daughters." A large twin study in a Swedish population also indicated that major depressive disorder was "moderately heritable, with heritability significantly higher in women (42%) than in men (29%)."

This scientific support for "matrilineal" transmission reinforced what I personally knew to be true. My own mother suffered from periods of depression, and later in life, from anxiety and panic attacks. Her mother, my beloved grandmother, struggled with generalized anxiety as well, though this was never discussed in our family. My grandmother was likely never diagnosed, given that she lived both in an era of greater stigma around mental health and in a family where uncomfortable truths were discreetly swept under the rug.

If I'm the third (known) generation of women to endure mood and anxiety disorders, then my two daughters represent the fourth. In sixth grade, my oldest had her first episode of depression. Now that my girls are in their pre-teen and teen years, they've both experienced some depression and anxiety.

For more insight into how mental health conditions run in families, I reached out to Jennifer L. Payne, M.D., the founder and director of the Women's Mood Disorders Center at Johns Hopkins University and a member of Healthy Women's Women's Health Advisory Council.

Payne explained that we don't know exactly how mood and anxiety disorders are passed down. "We know that there's some genetics involved, and that there's usually environmental stress as well," she said in an email to Healthy Women. "There's also evidence that babies whose mothers were depressed in pregnancy have higher cortisol levels than babies whose mothers were not depressed." We can infer that fetal exposure to higher cortisol may increase the risk of a later mood disorder, since animal models of depression almost all result in elevated cortisol levels, said Payne.

I immediately honed in on this perinatal link, having suffered depression in both pregnancies. My prenatal care providers had told me to go off or dramatically cut back on my antidepressants, because taking them could be dangerous for the fetus. I followed their advice — and then suffered a sharp increase in depressive symptoms while pregnant. Is it possible that this guidance on medication reduction predisposed my daughters to future mood disorders?

My experience unfolded back in the mid-2000s; both medical and cultural thinking has shifted since then. In a groundbreaking 2015 New York Times article, writer and psychology professor Andrew Solomon shone a light on the little-known phenomenon of perinatal depression, which can affect up to 15% of women. And new studies are confirming the long-lasting, adverse consequences of a pregnant mother's untreated mental illness, which may be at least as risky for her offspring as taking antidepressants.

If I got pregnant again today, I would more carefully weigh the pros and cons with my providers before stopping my Lexapro.

I am not alone, of course, in my mental-health struggles. Depression and anxiety are a fact of life for millions of American women.

"Major depression is more prevalent in women," Payne explained. "About 20% of women, compared to 10% of men, develop depression in their lifetimes." The reasons for this increased prevalence are unclear, although we do know that women are much more likely than men to be victims of domestic violence or sexual abuse. These facts resonate with my personal history as well: Both my mother and I are survivors of either physical or sexual violence.

Hormonal fluctuations seem to play a role in the increased incidence of depression in girls and women, according to Payne. In puberty, the prevalence of major depression in females is double the rate of males, she said, but the rates come closer together around menopause.

It made sense to me that exposure to the reproductive hormonal changes of menstruation and pregnancy may significantly impact our mental health. Looking back, I see that my own depression began at the peak of puberty, flared up with monthly PMS symptoms, and intensified during pregnancy, suggesting that my mood disorder is hormonally sensitive.

Given the hormonal connection, it also makes sense that adolescence is when children at-risk for depression first show symptoms of the condition, and I have seen that pattern in my own daughters.

Treating Ourselves, Helping Our Children

"If the mother is depressed and just one other close relative in the family has a history of depression, we know the children are likely to show up with either anxiety or depression by the time they're fifteen," said Myrna Weissman, Ph.D., a professor of epidemiology and psychiatry at Columbia University, in an interview with science journalist Victoria Costello.

Costello discussed Dr. Weissman's research at length in her incisive memoir, "A Lethal Inheritance: A Mother Uncovers the Science Behind Three Generations of Mental Illness," which explores how mental-health problems may be passed down from one generation to the next.

I first read "A Lethal Inheritance" while struggling with clinical depression and suicidal ideation in the summer of 2018. I found the book's message sobering, but it galvanized me to prioritize my mental health and seek help for the sudden flare-up of my mood disorder.

One of Weissman's studies measured the effects of treatment for depressed mothers on their own depressed children. When the mothers' treatment was successful, the children also reported a remission of their own symptoms in one-third of all cases.

In her book, Costello wrote honestly about her own major depression and her two sons' mental illnesses and urged parents to get treated at all costs. She wrote that she believes we have "a responsibility as mothers (and fathers) to handle our own depression, addictions, or other mental disorders."

Costello's argument convinced me that putting on my own mental-health oxygen mask first is essential to my children's well-being.

I also asked Payne for her advice to mothers who worry about our children's predisposition to depression and anxiety. What early steps can we take to support their mental health?

"Education, education, education," said Payne. "Talk to your kids about depression and what the symptoms are, so they can get help faster. And encourage treatment." She also advocates teaching children and teens lifestyle skills that can help them manage stress and anxiety, such as yoga, meditation, mindfulness, and cognitive behavioral therapy.

For years, I've talked openly with my daughters about our family's mental-health history and my own experience living with depression and anxiety. They know I take antidepressants, use medical cannabis, go to therapy, and rely on plenty of sleep, exercise, and yoga to help manage the condition.

I still struggle with guilt about passing my mental health disorders onto my kids. I discussed this guilt with my own therapist, who suggested that parents like me with our own history of depression and anxiety may have an unexpected advantage: An ability to more easily recognize the signs and symptoms in our children. We may also be less affected by social stigma around seeking treatment.

"One of the gifts in this situation is that the parent may be more compassionate with the child, less judging," she said. A parent who knows firsthand the pain of a mood or anxiety disorder may be better positioned to offer help, find resources, and take the problem seriously.

But we should also take care not to assume our kids need the same treatment we do. While therapy helped me survive my adolescent depressions, neither of my daughters has welcomed this resource (yet).

My goal is to be gentle with myself as I navigate the complicated landscape of mood disorders — and respond with compassion to both my daughters and myself.

How I Learned to Love My Bald Self