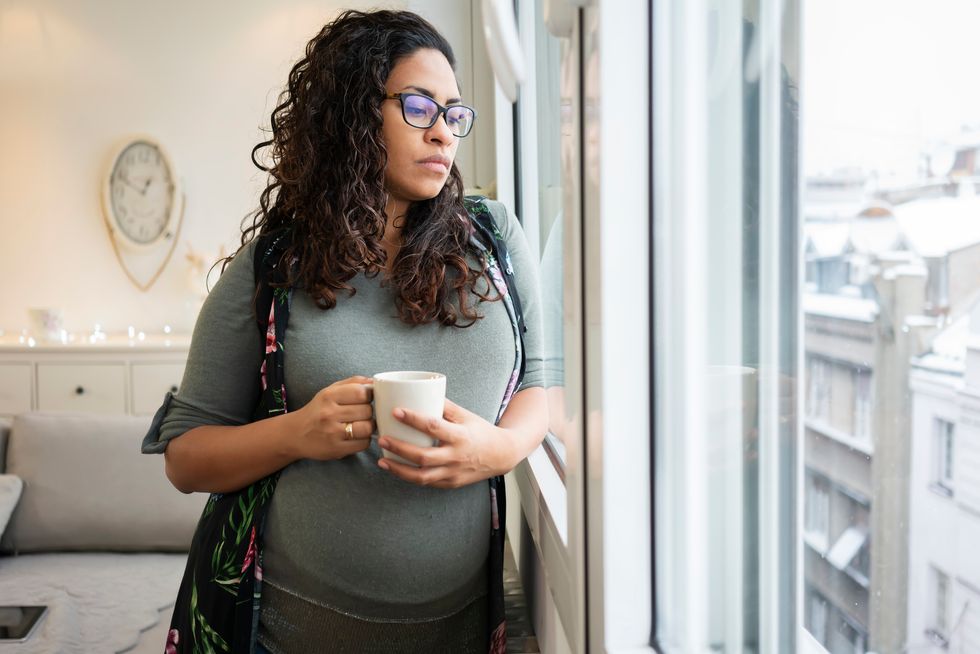 The changes in American life due to the pandemic created a perfect storm for a mental health crisis.

When the novel coronavirus roared into the U.S., mental health took a back seat to physical health. The number one priority was making sure hospitals wouldn't be overwhelmed and that as many lives as possible could be saved.

Schools closed, remote work became the norm, restaurants shuttered and getting together with friends was no longer possible. The news cycle spun with story after story highlighting the ever-increasing number of cases and deaths, while unemployment soared to levels not seen since the Great Depression.

Any one of these shifts could be expected to cause an increase in mental health issues. Put together, they created a a perfect storm for a crisis.

Experts speculated as much, and polls showed that many people seemed to intuitively grasp the mental toll of the pandemic. However, data on mental health metrics was scant; we didn't know the magnitude of any changes in mental health issues, nor did we understand which groups of people were suffering more than others.

So I decided to collect data on mental health during the pandemic and compare it to data from before all of this happened. The differences were even worse than I anticipated.

On April 27, I surveyed 2,032 U.S. adults using a standard measure of mental distress that asks, for example, how often a respondent felt sad or nervous in the last month. I compared the responses with a sample of 19,330 demographically similar people in a 2018 government-sponsored survey of U.S. adults that asked the same questions.

Clearly, the pandemic has had a devastating effect on mental health.

Yet some people are suffering more than others. Younger adults ages 18 to 44 – mostly iGen and millennials – have borne the brunt of the mental health effects. They've experienced a tenfold increase in serious mental distress compared with 2018. Meanwhile, adults 60 and older had the smallest increases in serious mental health issues.

Why might this be the case? After all, the virus has far more dire health implications for older people.

It could be because older people are more protected from the economic disruptions of the pandemic. Younger adults were more likely to lose their jobs as restaurants and stores closed and were more likely to be in a precarious financial position to begin with. The youngest adults were also already struggling with mental health issues: Depression among 18- to 25-year-olds surged from 2012 to 2017, possibly because young adults spent less time interacting with others in person than they used to, a situation only exacerbated by the pandemic.

The other group in distress won't be a surprise to parents: those with children under 18 at home. With schools and daycares closed during the pandemic, many parents are trying to do the near-impossible by working and supervising their children at the same time. Sports, scouting, music classes, camps and virtually every other activity parents rely on to keep their kids occupied have been canceled. Even parks were closed for weeks.

Where do we go from here?

The findings of this study are preliminary. The 2020 and 2018 samples, though very similar in age, gender, race and region, came from different sources and thus might differ in other ways.

However, there are also other indications that mental health is suffering during the pandemic. For example, calls to mental health hotlines appear to have surged.

This doesn't necessarily mean we should open up the economy to preserve mental health. The resulting spike in illness and death from COVID-19 could be even worse for mental health, and workers required to return to their jobs may rightly worry about catching the virus.

It does mean policymakers need to be prepared for a potentially unprecedented number of Americans needing mental health services. Just as hospitals risked running out of ventilators during a surge of COVID-19 patients, the mental health care system might be quickly overwhelmed.

The survey also shows just how widespread the impact of the pandemic has been, and just how many people are suffering. If you have been feeling sad about everything that's been lost – and nervous about the uncertainty of what comes next – you are not alone.