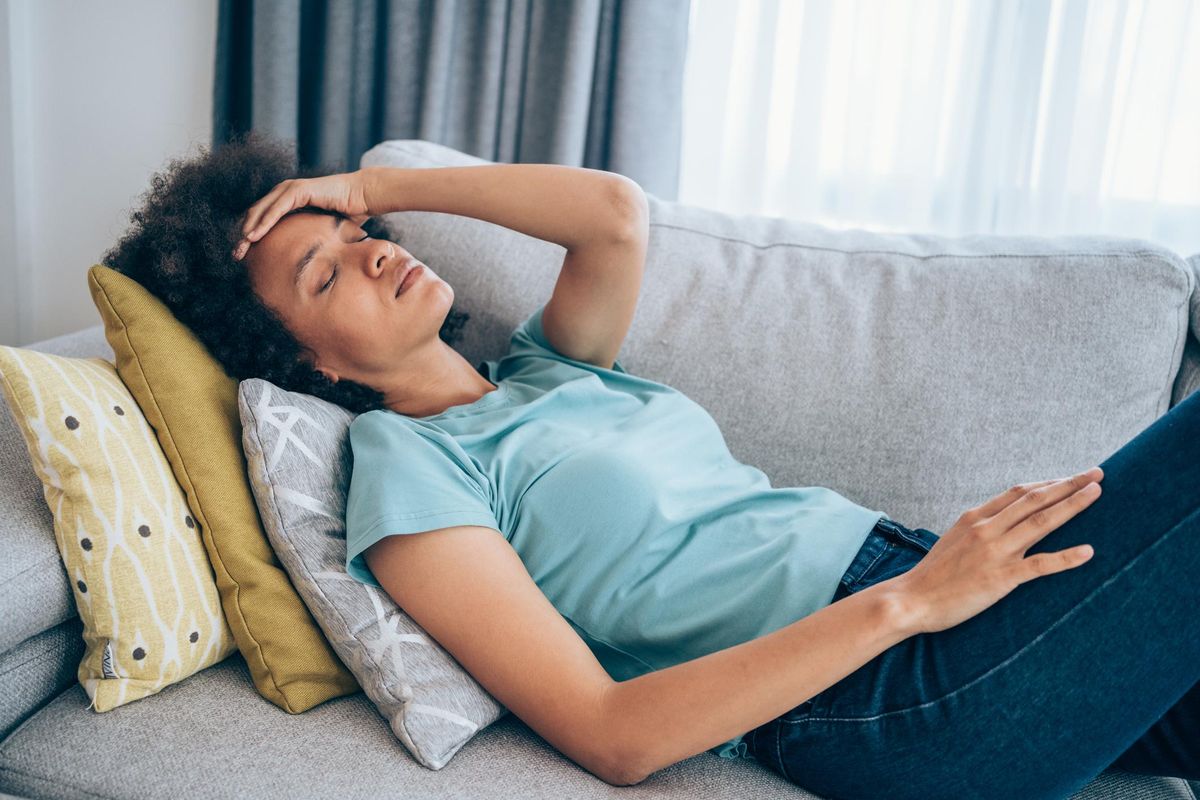 When Karen Finney went into the hospital for brain surgery, she was well aware of the gender pain gap: women in pain are taken and treated less seriously than men in pain. Women of color are affected even more severely, and as a Black woman, Finney knew the hill to relief would be even steeper to climb.

When she woke up after surgery to remove her brain tumor, she was in excruciating pain. She was given painkillers every four hours but said she began to notice that the effects of the drugs would wear off 20 minutes before the four-hour mark — and then they would take another 20 minutes to kick in once they were dispensed again. "I was in this cycle [where] I was in so much pain and it was … up and down and up and down," Finney recently recounted to HealthyWomen.

When a nurse asked her where her pain was on a scale of 1 to 10, Finney told her the truth: It was a 12. Despite the fact that she had just undergone brain surgery and had damage to her vocal chords that made it difficult to speak, Finney tried to advocate for herself. "I said, I understand some people have biases about Black people and our pain levels, but when I say I'm at a 12 out of 10, I'm not exaggerating." The nurse told her she understood and wanted to take the issue seriously — then she offered Finney the opportunity to fill out a report about the experience.

Recounting this moment in her journey, Finney's voice is clouded with pain and tears. She was in the hospital after brain surgery in horrific pain and all that was offered to her was paperwork.

Days after her surgery, she was finally given a morphine drip that she could control herself, but those couple of days of needless, intense suffering have stuck with her.

Women’s pain is often dismissed or not believed

It's widely known that although women experience more chronic pain conditions than men — whether it's fibromyalgia, endometriosis, or migraine — their pain is treated less seriously. In a 2019 HealthyWomen survey, 45% of respondents said they didn't think their healthcare providers took their pain seriously. And there are facts behind those feelings: Women experiencing pain are more likely than men to receive a sedative prescription instead of a pain medication prescription.

The gender pain gap extends to the emergency room, where men wait an average of 49 minutes before receiving pain medication in instances of acute abdominal pain while women wait an average of 65 minutes in the same situation. Women are even half as likely as men to receive painkillers after a coronary bypass surgery.

In the paper, "The Girl Who Cried Pain: A Bias Against Women in the Treatment of Pain," Diane Hoffman and Anita Tarzian found that "women report more severe levels of pain, more frequent incidences of pain, and pain of longer duration than men, but are nonetheless treated for pain less aggressively." But what is it about women in pain that is so easily shrugged off by healthcare providers?

Dr. Sharon Allison-Ottey, an internal medicine physician and a member of HealthyWomen's Women's Health Advisory Council (WHAC), says women are often considered histrionic when they complain of pain. "They're not taken as seriously, whether that's chest pain and they're having a myocardial infarction or they've just broken a bone," Allison-Ottey said.

"There is the perception of the big, strong male who says he's in pain being taken more seriously by healthcare professionals and therefore acted upon [rather] than the weak little woman in the corner who is complaining about pain, and she's just had major surgery as well. She's often thought of as weak and not being able to tolerate pain or overstating her pain level."

Another member of the WHAC, Dr. Daihnia Dunkley, whose background is in maternal child health and labor and delivery, said it's been disturbing to see how differently female pain is perceived — and underprescribed. "There's an implicit bias there between the two sexes when it comes to pain management," Dunkley said.

The pain gap is even worse for Black women

According to Allison-Ottey, the change in treatment between Black women and white women can sometimes be understood by implicit bias. It may not be that a doctor or healthcare provider is racist, but they're surrounded by the stigma of the Black patient coming into the emergency room with drug-seeking behavior. "Really, they're in excruciating pain and you want to give them extra strength tylenol, but that same person in the next room who's white is getting hydrocodone," Allison-Ottey said.

If she were to advise other women, Finney said she would tell them to talk to their doctors and anesthesiologist and create a plan for pain management before heading into surgery. If possible, she says, it's best to bring someone with you who can understand the plan and advocate for you because it can be difficult, and sometimes impossible, to advocate for yourself when you've just undergone surgery. And, she said, don't be afraid to use your voice.

"Remember it is your right to ask as many questions as you need because you deserve to feel comfortable with the plan," Finney said. "I think sometimes any of us can get intimidated and think the doctors and nurses know best. It's your right to ask questions. It's their job to answer those questions."

Racism at the OB-GYN: Bias Can Be Deadly