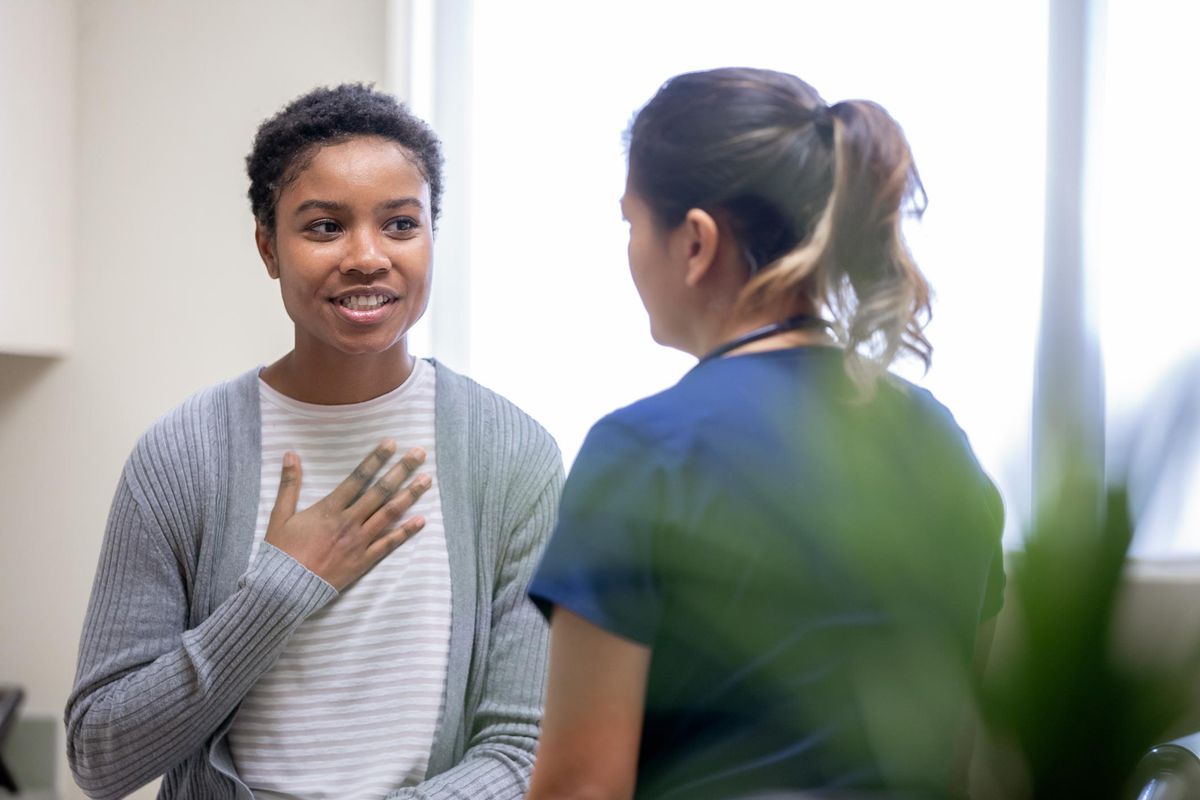 Why can it be so difficult to get an endometriosis diagnosis?

I think I may have endometriosis, but I haven't been able to get a diagnosis. Why can it be so difficult to get diagnosed?

The chronic and painful condition of endometriosis has many symptoms and affects women differently. The disease is often not recognized or understood, and the type and severity of symptoms you experience may differ from the next woman's.

A online survey titled "What Do You Know About Endometriosis?" was conducted in the United States among 1,211 women over the age of 18 and 352 health care professionals (HCPs).* The survey, conducted by HealthyWomen in partnership with AbbVie, indicates that education is needed to help women identify symptoms of endometriosis and how to address them.

The most common symptom is pelvic pain, which may occur during or between your period. Other symptoms can include pain with sex, heavy menstrual bleeding, difficulty participating in day-to-day activities because of excessive pain, difficulty getting pregnant and pain with bowel movements or urination. HCPs surveyed said they are more likely to consider endometriosis as a possible cause of chronic pelvic pain than as a possible cause of first-time acute pelvic pain.

Women with endometriosis can suffer for 6 to 10 years before proper diagnosis. Among approximately 260 women respondents who identified themselves as diagnosed with endometriosis, pain during or before periods was the most common symptom to lead them to see their HCP.

Of 219 women respondents with endometriosis, 47% had their symptoms described as "normal," and 42% were told that their pain was simply "part of being a woman." Without informed communication of endometriosis symptoms, it can take longer for women to receive a diagnosis.

Some women may write off their symptoms as "normal" themselves, not realizing there is reason to alert an HCP. They may be embarrassed to bring up their symptoms or may not communicate them clearly to their HCP for fear they'll appear to be complaining or blowing things out of proportion. These factors, coupled with the fact that there are no easy tests like blood or urine samples to confirm endometriosis, can make it difficult to get a diagnosis.

The starting point is talking to your HCP about any symptoms you may be experiencing.

Before your appointment, arm yourself with knowledge. Gather your medical records and write down your symptoms. Websites such as MeinEndo.com offer helpful tools such as an endometriosis checklist and symptom tracker, which can help you log how much pain you experience on an average day and how often; if there's a time of day when symptoms are worse or better; if specific activities worsen or relieve the pain; or if the pain comes and goes.

Finally, don't downplay your symptoms or be afraid to ask questions. It can also be helpful to find an HCP who has experience treating endometriosis.