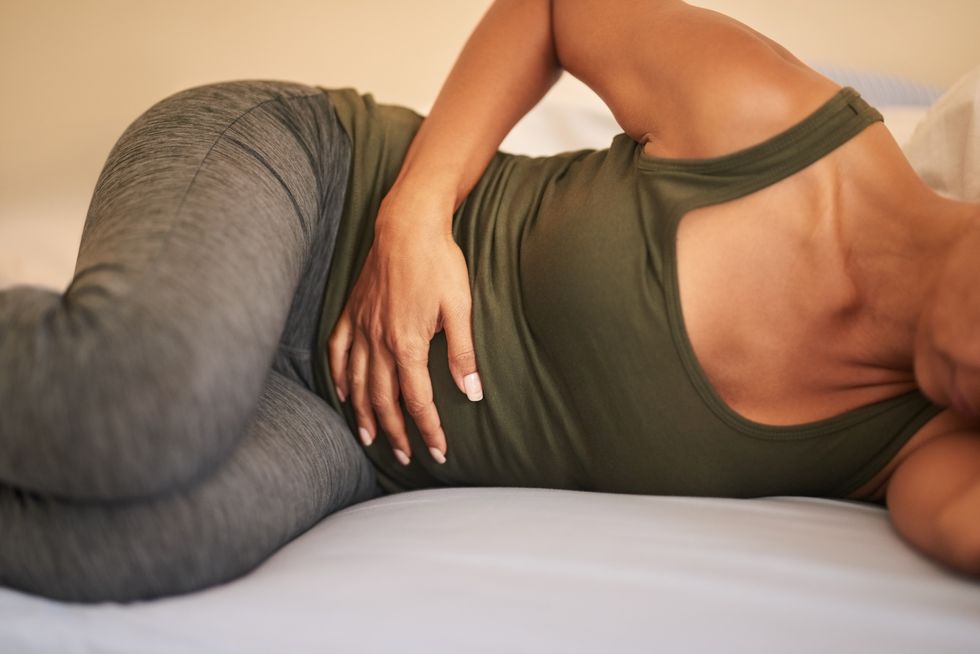 Determining what the real story is when first learning about endometriosis and what you can do about it is often harder than it should be. We set the record set.

Still, determining what the real story is when first learning about endometriosis and what you can do about it is often harder than it should be. Below are some common myths about endometriosis, along with real facts everyone should know.

Myth: Endometriosis is rare.
Fact: One in 10 women of reproductive age in the United States have endometriosis—making it one of the most common gynecologic disorders, 1-4 but that only includes women who have been diagnosed.

Myth: Endometriosis pain just feels like bad period pain.
Fact: Although pelvic and lower back pain before, during and after periods is common, endometriosis pain is not the same as bad period pain.1,5 The reason endometriosis can be so painful is because the tissue that typically lines the uterus is also growing outside the uterus, which is quite different from standard uterine cramping during menstruation.1 The pain of endometriosis is real and can be quite severe.5 If your own pain limits your daily activities—it's time to talk to your healthcare provider.

Myth: It's easy to get diagnosed with endometriosis.
Fact: Diagnosis for women with endometriosis is often delayed, sometimes by as much as up to six to 10 years.6,7 Why? Symptoms may be dismissed as "just bad periods." This is especially true of younger women.5 Additional factors that can delay diagnosis are that endo pain comes and goes, and other associated symptoms mimic other conditions, like diarrhea and constipation, fatigue or bloating.5 Endometriosis pain can also be hard to define because it takes many forms, so pain during sex, pain during urination, pain with bowel movements and lower back pain may delay how quickly a woman or her healthcare provider may seriously consider endometriosis as a possibility. 1,5 It is important to be an advocate for yourself and proactively discuss your symptoms with your healthcare provider.

Myth: Surgery can cure endometriosis.
Fact: There is no universal cure for endometriosis. However, there are a number of options available for treating and managing the disease after diagnosis. While a surgical procedure aims to remove existing endometriotic tissue and scar tissue, it does not correct the underlying causes for growth of endometrial tissue.8

Myth: No one in your family has endometriosis so you probably don't either.
Fact: While there do appear to be some genetic risk factors, the causes of endometriosis are believed to be too complex to solely attribute to genes.8 Most scientists think it could relate to a process called retrograde menstruation, which occurs when tissue that lines the inside of your uterus flows out in the wrong direction, through your fallopian tubes, during your period.9

Professional society guidelines, such as those from the American Society of Reproductive Medicine, recommend maximizing medical management to avoid multiple surgeries.10 They also recommend the use of a variety of medical options as initial treatment for women with endometriosis-related pain.10 It's important to individualize your treatment approach with your healthcare provider to help determine what may work best for you and your treatment goals.

For more information on endometriosis, check out these resources from HealthyWomen:

This article was created with support from AbbVie.