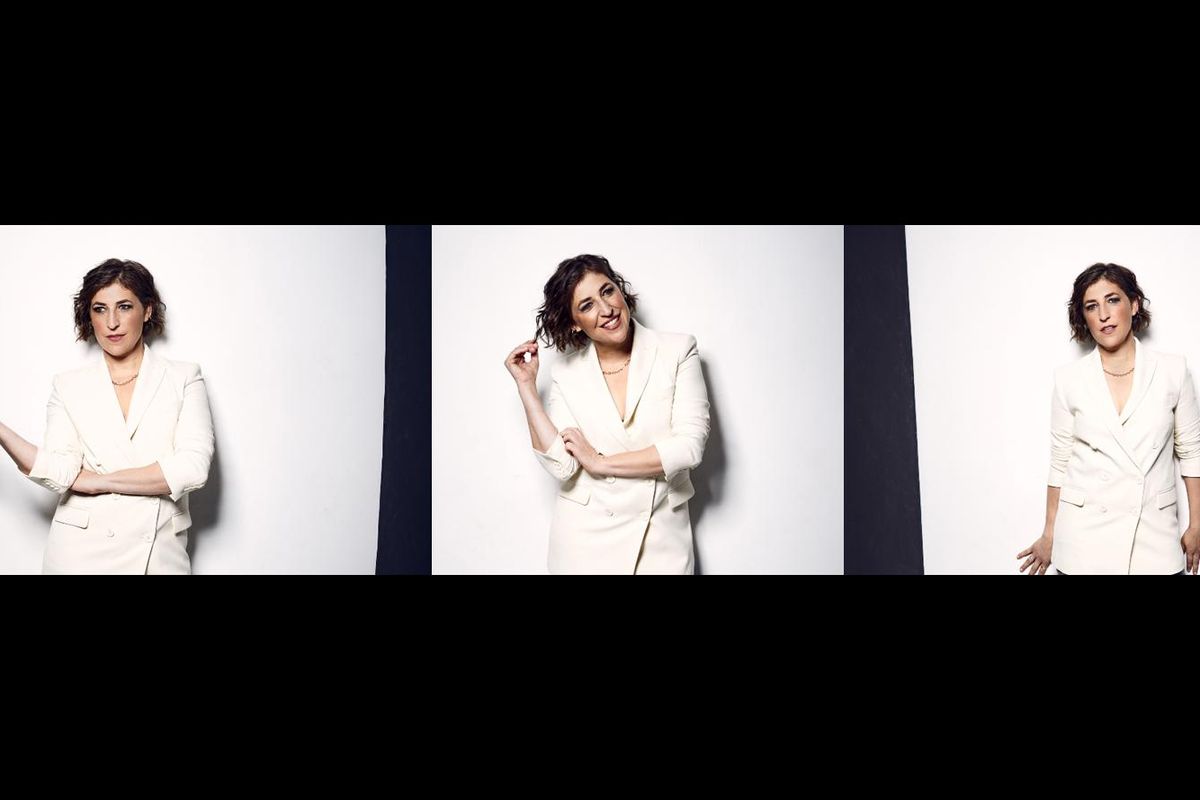 January was an exciting month for actress Mayim Bialik. Known for "The Big Bang Theory" (TBBT) and "Blossom," Bialik stars in "Call Me Kat," which premiered on Fox on January 3. In the second week of January, Bialik also premiered her podcast, "Mayim Bialik's Breakdown," which focuses on mental health. In addition to being an award-winning actress, Bialik also holds a Ph.D. in neuroscience from UCLA. Armed with that scientific background as well as her own experiences, she talks with guests about their lives regarding mental health and well-being.

Despite how busy she is, Bialik took time for an email interview with HealthyWomen about her anxiety and depression. The interview follows, lightly edited for clarity and length.

When did you first know that you had depression and anxiety?

The average time between someone experiencing symptoms and actually getting help is something like 11 years. I had signs of depression and anxiety, but didn't really know to call it that until I got into therapy around 17. At that time, I was sent to a psychiatrist, but I got into appropriate psychotherapy at around 20. That's when my healing really began. I had trouble sleeping and had a lot of stomach aches. I had a very overactive immune system, and I started having more and more mood swings and bouts of despair.

Did you get a proper diagnosis right away?

The psychiatrist, who I initially was sent to by my primary doctor, didn't really address the root cause of a lot of my issues. She prescribed medication to control my panic attacks and anxiety, but it wasn't until I got into psychotherapy and really started working on more about me that I started uncovering more and was able to cope with more.

When you saw a healthcare professional, did you feel like you were being heard?

I think a lot of women are not heard. I was grateful my primary doctor was a woman because that helped a lot. Also, many people dismiss mood shifts with hormones or women's menstrual cycles. And while that definitely is a factor and played into my mood swings, it wasn't the whole story.

Bialik as Amy Farrah Fowler in The Big Bang Theory, 2016.

What kind of treatment/medications did the professional suggest?

To control panic attacks and anxiety, I was put on benzodiazepines. We tried to find ones that weren't addictive and didn't cause too many side effects. As for medications for depression, I've taken pretty much all of them that are out there! I've taken SSRIs and anti-neuroleptics and also cocktails of a few different medications when I was in college.

What kind of life changes have you made?

There have been long stretches of my life where I have gone without medication. I am currently on one medication. It is working well for me, but it really was the life changes that have made the most significant changes in my behavior and my mental health. I am a chronic over-doer, and I tend toward workaholism. Slowing my life down, adding meditation to my weekly practice, getting enough exercise, cutting out caffeine, and forcing myself to get better sleep were hugely important for me. I go to therapy weekly and sometimes twice weekly. I also have a group of women in my life who grew up similarly to how I grew up and we share a lot, usually twice a week as well.

How has having depression and anxiety affected your life?

I don't know if I can describe how they have affected my life because they simply are part of my life. My depression and anxiety are with me all of the time and everywhere, but they are much more manageable now. I can live a much more complete life, even if I'm still struggling. I'm more present with my children, and I have a sense of wholeness I never had before. When I wasn't getting the right treatment, depression and anxiety were like a curtain drawn over all of my hope and happiness. Now that curtain gets lifted, sometimes one day at a time.

What do you know now that you wish you had known when you were first diagnosed?

I wish I had known to stop resisting so much, to trust more, and to not be so afraid of medication, which for most people does not need to be forever.

Do you have any advice for women who also have depression and/or anxiety? Please explain.

You don't have to do it alone. The notion that we should be able to feel better on our own is something that can hurt our health tremendously. The longer we wait to get help, the more our body gets depleted of the chemicals it deserves. Reach out and find the help you deserve.

Tell me about your podcast.

My podcast focuses entirely on mental health. Every episode focuses on a diagnosis or mental health issue and each episode features either an expert in the field or an expert in their own personal mental health. Some of these guests are friends of mine and some are celebrities. Every episode, I break down the science of the condition or disorder we are talking about, and I also include ways to understand the mind-body connection. For thousands of years, other traditions have known the mind and body are connected, but Western medicine is just catching up. We have an associated website (bialikbreakdown.com), where people can learn more about what every episode discusses, with resources where they can get help and more information either for themselves or a loved one.

Tell me about your new TV show: "Call Me Kat." What is Kat like? She will obviously be much different from Amy on BBT.

This show is the American version of the BBC series "Miranda." My character is a 39-year-old single woman who turns lemons into lemonade daily. She is quirky, and she is socially anxious, and she sometimes lies — but in kind of an adorable way — when she's nervous. I love playing this character, and she is a lot more colorful than Amy for sure!

I think we could all use a little entertainment right now, and this show has some pretty good old-fashioned comedy. I also love that we are presenting a lead character who is not a size zero and not even a size two or a four! No one asked me to lose weight for this role, and my character dresses funky and lives by the philosophy that you should wear what you want and be who you want. That's refreshing for me for sure!