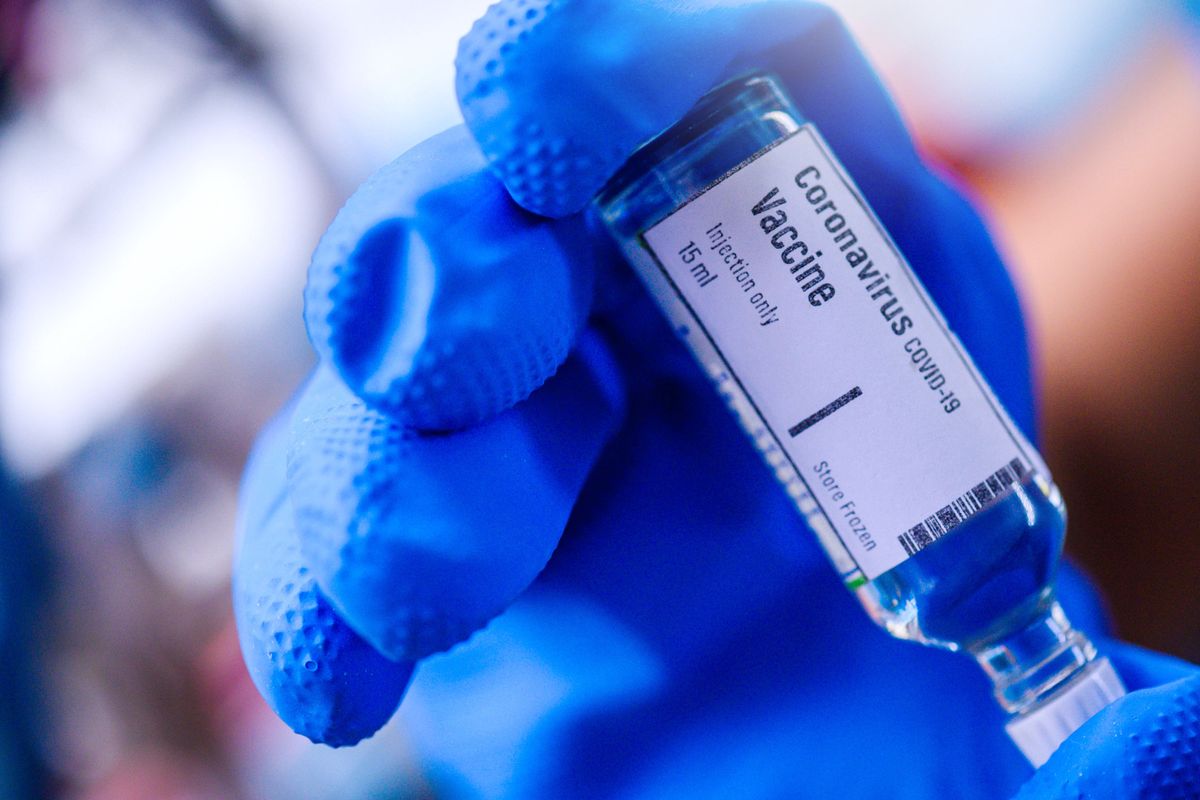 As the world awaits a COVID-19 vaccine, scientists and public health officials must anticipate and address people's concerns over its safety.

Recent polls indicate that more than a third of the country has concerns about a vaccine that in all likelihood will be the only reliable way to end to the COVID-19 pandemic.

These results reflect a similar public sentiment in the U.S. in the 1950s when a polio vaccine was introduced. There are likely multiple reasons for this suspicion, including safety concerns, lack of transparency from the scientific community, lack of trust in the government and the desire to wait until a longer track record of safety can be established.

We are experts in media literacy, health and political communication and biostatistics and biomedical research for future health care providers, from Washington State University's Edward R. Murrow Center for Media & Health Promotion Research and the Elson S. Floyd College of Medicine. We also live in the communities we hope to serve with our science.

Based on our research, we believe that officials need to use this testing period to build trust, not to create reasons for diminishing it. Respect and forthrightness can turn the tone from adversarial to collaborative, and from a provider-directed practice to a shared decision-making process. Scientists and public health officials must anticipate and address people's concerns and not brush aside concerns, a process that has become commonplace across other areas of the provider-patient relationship, but vaccine decisions remain a notable exception.

Vaccines are among the safest, most transformative drugs on Earth, with adverse events so low that very nearly universal vaccination is a reasonable expectation. With such a safety record, and with so much at risk with diseases like COVID-19, measles and influenza, vaccine advocates have good reason to stress the overwhelmingly positive safety record.

History has included some vaccines of questionable quality as well as vaccination tactics of even more concern. Certain minority groups have been targeted with egregious coercion. This included cases of forced vaccination for smallpox of African Americans at gunpoint in the southern United States in the early 1900s. At a tenement house in Manhattan's Little Italy, over 200 men in 1901 in essence performed a smallpox vaccination raid in the middle of the night, trying to vaccinate as many people as they could.

When the miracle vaccine for polio was widely distributed in 1955, speed took precedent over safety, and many doses were distributed that contained live polio virus. As a result, 70,000 children developed muscle weakness, 164 were paralyzed permanently and 10 children died. This led to direct government intervention that has led to thousands of required tests in order to ensure safety and effectiveness.

Instances like these undoubtedly fuel people's concerns. Such occurrences should give us all pause, scientist or not, to do better next time and strive to never repeat such notable grievances.

Why can’t vaccines bounce back from mistakes?

As medical and public health researchers, we have found it interesting that corporations that have been lax and dishonest have bounced back without lasting damage to their reputations. For example, Volkswagen was caught in 2014 for outright lying to the public about their emissions. By 2019, the company topped its prescandal sales record of 2014.

We accept these occasionally fatal flaws and ethical missteps because cars are essential to our lives. The documented safety record of vaccines is staggering, not unlike the impressive safety record boasted by most automobiles on the road today.

Why do vaccines get special scrutiny? Have scientists and health care providers engaged in scientific snobbery by assuming people should do what we advise, without question or any decision-making process? Can scientists and health care providers communicate the good and positive (and bad) background of vaccines better? Has social media sown doubt in an authority that can be perceived to be overconfident? Personal health care decisions have a lasting impact on our kids and our families, so let's rise to the occasion and utilize this unique opportunity to reframe the conversation about vaccines.

The existence of a little-known but critical government office both acknowledges past problems with some vaccines and also provides a method of recourse for those injured by vaccines. The National Vaccine Injury Compensation Program, launched in the 1980s, is a powerful tool for transparency and accountability that should help shape this important, shared decision-making process. For example, between 2006 and 2018 over 3.7 billion doses of covered vaccines were distributed in the U.S. During this same period, 5,233 filed petitions to this office were compensated out of a total of 7,482 petitions. This means that for every 1 million vaccine doses distributed, one individual received compensation.

Rather than brushing off concerns among parents and others who are concerned about safety, experts should listen. When they do talk, they should explain safety issues and should use metaphors such as the safety of vehicles and other medical breakthroughs (e.g., insulin, heart valve surgery) so often relied upon in an effort to work toward the same goal together as a country, and as health care provider and patient.

Experts should acknowledge that the practice of medicine and public health research is a relatively new field of science to drive public health, medical practice advancement and policies when compared to other, far more established scientific disciplines such as physics or chemistry. Building public support requires more than citing solid evidence in the peer-reviewed scientific literature. Owning up to setbacks in vaccine development that the current administration may be on the brink of repeating – and then making the necessary repairs to move forward again, as the auto manufacturers do – also builds confidence. AstraZeneca's public announcement about a serious adverse event in one of their trials, which led to a pause of participant enrollment, was a great first step.

Let's begin by acknowledging that all parties want to achieve the same end goal of a healthy, safe return to daily life. Despite the explosion of misinformation about COVID-19, a clear, consistent and respectful approach can reset the vaccine conversation.

Next, let's acknowledge that vaccines are not now and have not been 100% perfect (nor is any medicine or car). We should also note that the same science that produces vaccines also produces myriad breakthroughs in specialties such as cardiology and oncology, along with over-the-counter medications such as ibuprofen that mitigate minor ailments but also have limitations and warning labels.

Finally, invite skeptics to a conversation and acknowledge up front that, like any other scientific advancement of things that now work, there was a time when they didn't work as well, or at all.