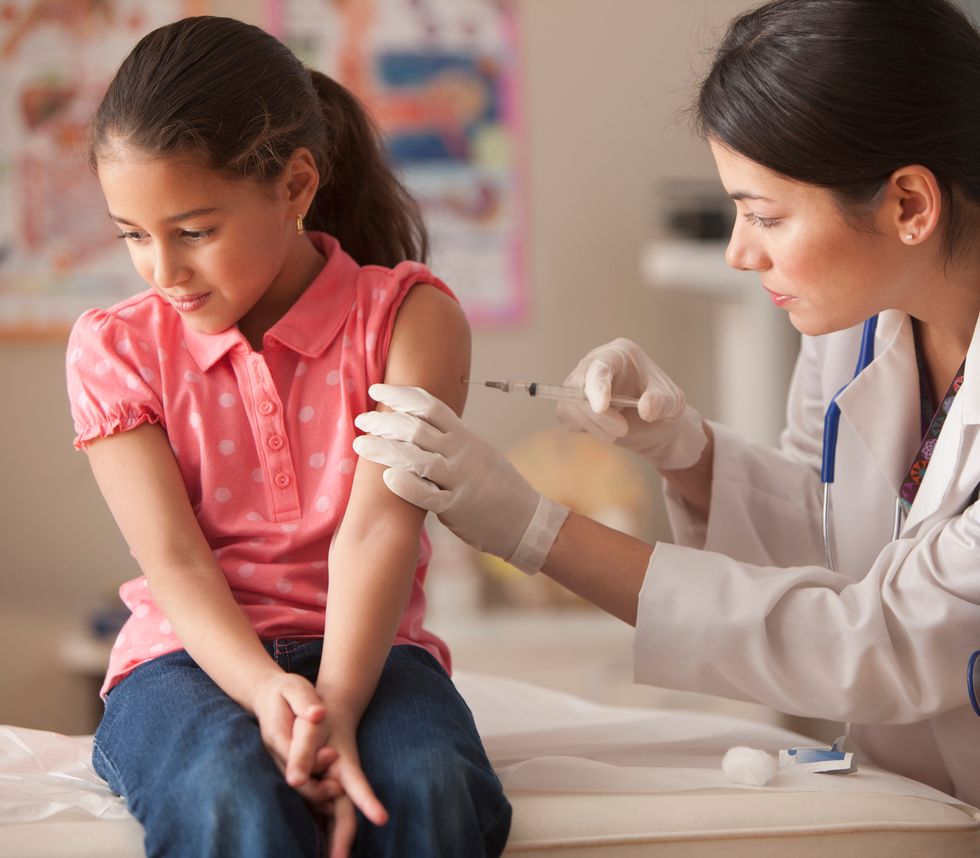 When a child has a serious reaction to a vaccine, the chances of it happening again are slim, a new analysis suggests.

MONDAY, Aug. 28, 2017 (HealthDay News)—When a child has a serious reaction to a vaccine, the chances of it happening again are slim, a new analysis suggests.

The review, of 29 studies, found that severe vaccine reactions recurred rarely, if ever, when a child received the same vaccine again, or one with similar ingredients. Those reactions included seizures and a potentially dangerous allergic response called anaphylaxis.

Fevers—a more common side effect—recurred more often. But they were usually milder and short-lived the second time around, the researchers reported.

Experts called the findings "reassuring," and another piece of evidence that childhood vaccinations are safe.

Any vaccine can cause side effects, but they are generally minor, according to the U.S. Centers for Disease Control and Prevention. A sore arm or low-grade fever are among the most common, the agency says.

Rarely, though, babies and young children can have more troubling side effects—like a serious allergic reaction or a fever high enough to trigger a seizure.

When those problems do happen, parents want to know whether they're likely to happen again, said Dr. Paul Offit, director of the Vaccine Education Center at Children's Hospital of Philadelphia.

"This is one of the most common questions I get," he said.

Offit, who was not involved in the new study, called it welcome information. While there are estimates on how often vaccine reactions happen in the first place, it's harder to find figures on how often they recur.

For example, the CDC estimates that seizures affect one out of 14,000 children who receive the DTaP vaccine against diphtheria, tetanus and acellular pertussis (whooping cough).

The new review included three studies of kids who'd suffered a seizure after receiving DTaP or several other routine vaccines. None had a recurrence when they were vaccinated again.

"I think these findings are very reassuring," Offit said.

For the study, investigators with the Canadian Immunization Research Network, who were led by Dr. Gaston De Serres, searched the medical literature for research on recurrent vaccine side effects. They found 29 studies done between 1982 and 2016; most focused on children.

Several studies followed children and adults who'd had allergy symptoms after a vaccination—ranging from rashes and eye symptoms to anaphylaxis. The latter is a potentially life-threatening reaction that causes breathing problems and a sharp drop in blood pressure.

Overall, 5 percent had another allergic response after being re-vaccinated, the findings showed. No patient had anaphylaxis again.

It's hard to know why. But one possibility is that the initial allergic reaction was not due to the vaccine at all, explained Dr. Sean O'Leary, an infectious disease specialist at Children's Hospital Colorado.

O'Leary, who wrote an editorial published with the study, agreed that the findings are reassuring.

On the "off chance" that a child has a more serious vaccine reaction, he said, it appears there's little chance of it happening again.

A few studies focused on hypotonic hyporesponsive episodes (HHEs). The condition, which usually affects young infants, causes the child's body to go limp and the skin to turn pale or blue.

The review found that of nearly 400 children who'd developed HHE after being vaccinated, only three—or 0.8 percent—had a repeat episode the next time they were immunized.

HHE has been tied to a few vaccines, but it's most strongly linked to older pertussis-containing vaccines, according O'Leary.

The pertussis vaccine now used is thought to carry a lower HHE risk.

Fevers recur more often, the review found. One study, for instance, focused on babies and young children who'd developed a fever after getting the flu shot: Just over half had the same reaction the next time around.

But parents can usually take fevers and other mild reactions in stride, according to O'Leary.

Problems like seizures and HHE are another story. Neither has long-term consequences, but they are frightening for parents to witness, O'Leary said.

Offit agreed that those reactions are scary—and milder ones, like fever, are not pleasant.

But, he added, those small risks have to be weighed against the benefit of protecting children from diseases like measles, whooping cough, mumps and the flu.

The findings were published online Aug. 28 in the journal Pediatrics.

Where Are You Getting Your Covid-19 Vaccine Information?

Questions to Ask Your Child’s Healthcare Provider About Meningitis B

Fast Facts: What Parents Need to Know About Meningitis B