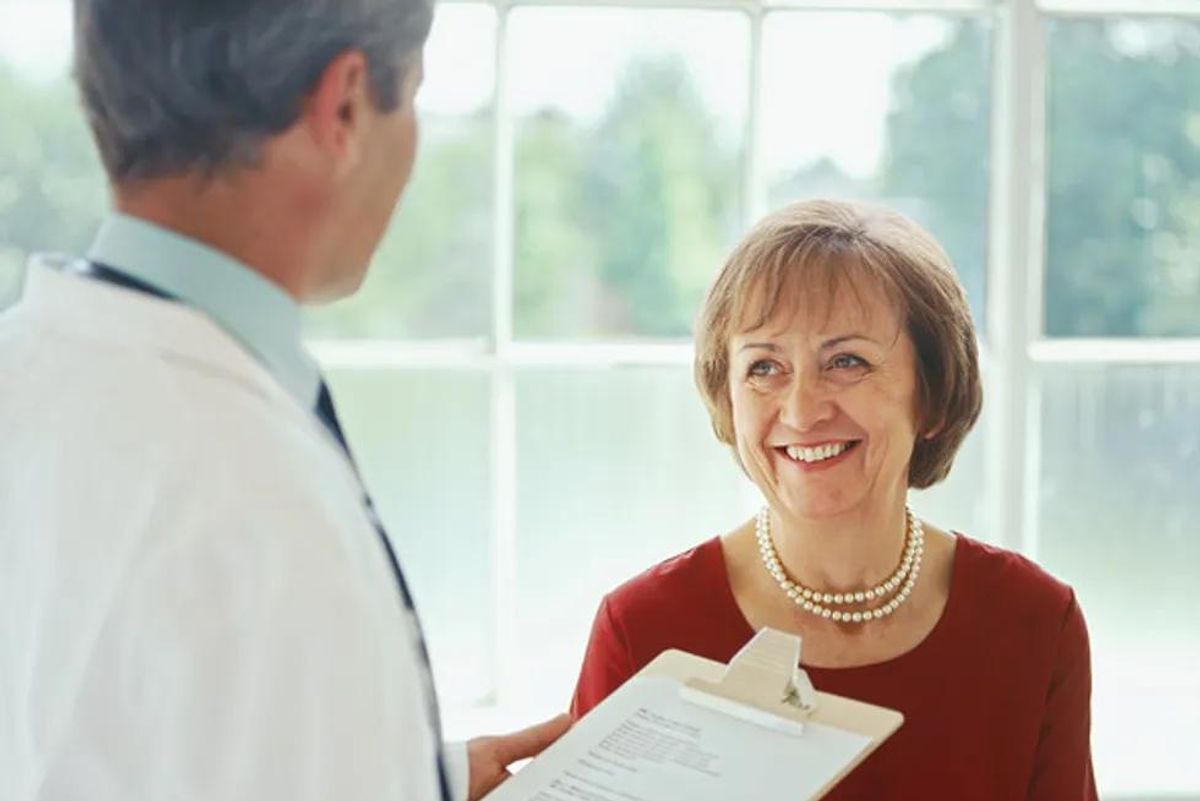 You may be assuming the test is worse than it is.

"It was no big deal. I don't understand why people stress over it."

"The procedure itself was totally painless and relatively easy."

No, we didn't pay these 50-something women to give us these comments about their first colonoscopy. All we did was ask them to tell us honestly what it was like. Given the negative perception about colonoscopy, their responses might catch a few readers by surprise. It should also make you think twice about skipping your colorectal screening test. Because the reality is that colorectal cancer is the third leading cause of cancer among women. Since it's also one of the few cancers we can stop before it even gets started (by removing precancerous polyps found during screening colonoscopies), the idea of missing something so clearly helpful has more than a few experts scratching their proverbial heads. And you don't have to get a colonoscopy. Other tests are available, although they, too, are underutilized.

You'll never find David Stein, MD, neglecting to mention colorectal screening to a patient. The colorectal surgeon at Drexel University College of Medicine in Philadelphia sees all too often what happens when people neglect their screenings. That's why Dr. Stein is a big believer in colonoscopy. The statistics are amazing, he says. "About two percent of all colonoscopies pick up a cancer at the time of the test and about 15 percent pick up polyps," he says. So 17 percent of patients undergoing a colonoscopy—about one in five—will have a finding that will save them from cancer in the first place or a bad outcome if they have cancer.

"Colonoscopy probably detects true cancers about one centimeter or larger about 90 to 93 percent of the time," he says. And it's extremely safe.

The worst part of the colonoscopy, many agree, is the prep. For years, that meant drinking a large quantity of a nasty tasting liquid (even though it came in several flavors), designed to "empty you out." Today, however, depending on the recommendation from your colonoscopist, you may only need to take a handful of pills. You'll still spend a few hours in the bathroom, but at least you don't have to choke down that awful liquid.

Plus, two of the other three screening tests for colon cancer (flexible sigmoidoscopy and double contrast barium enema) also require a bowel prep and neither is as sensitive as the colonoscopy. And here's the irony: If they show polyps or cancers, you'll still need a colonoscopy to evaluate and/or remove them for evaluation.

The one test that doesn't require prep is a fecal occult blood test. With this test, you collect stool samples, which are tested for breakdown products of blood in stool. You have to abstain from iron pills, red meat or broccoli before the test, and it still has a high rate of false positives. Plus, you have to do it three times. "Fecal occult blood tests probably pick up problems 50 to 60 percent of the time," says Dr. Stein, which, of course, means it misses about half of all cancers. And if it's positive, you still need a colonoscopy.

A newer stool test evaluates the stool for DNA from the most common mutations found in colon cancer and large polyps. That test, Dr. Stein says, is about 85 percent effective. However, it's still considered experimental and most insurances do not cover it.

One day, Dr. Stein predicts, colonoscopy will take a back seat to an improved DNA fecal occult blood test, or to a virtual colonoscopy, in which your colon is examined via a CT or MRI. Right now, however, you still have to do a colon prep for an MRI or CT, and they're not covered by insurance either unless you cannot undergo colonoscopy for some reason. And you face the same issue with the virtual colonoscopy as you do with any other non-colonoscopy test: If it finds something suspicious, you still need a colonoscopy to remove the "something" for testing.