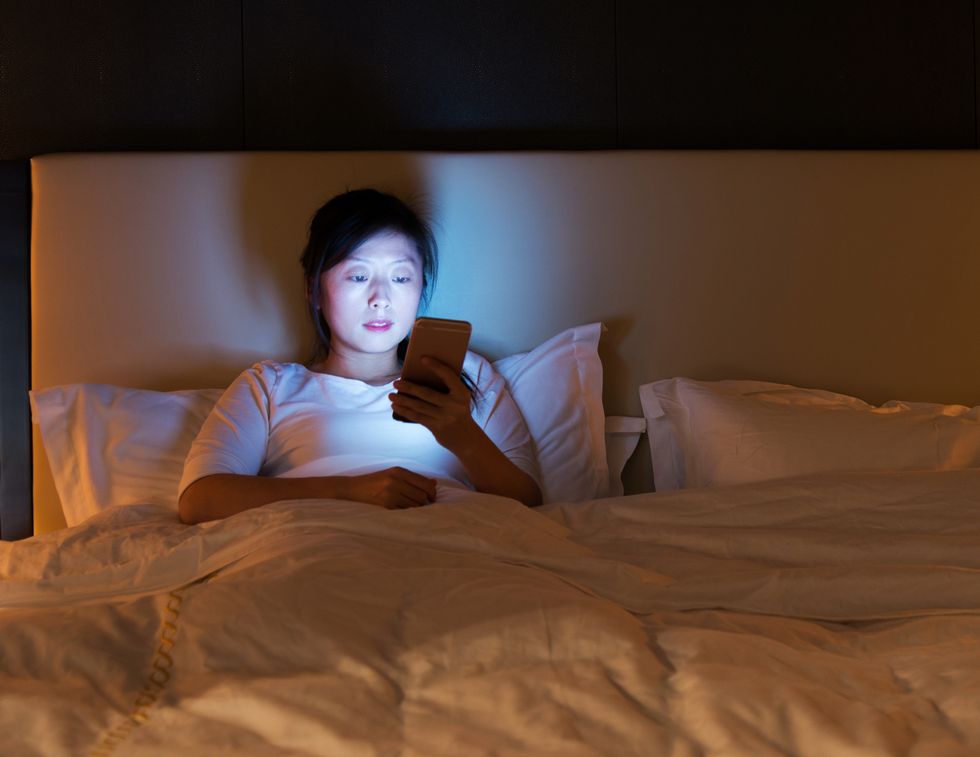 The Surprising Signs of Perimenopause

How estrogen levels are like the stock market — and other fun facts about perimenopause.

I have an image of my mother standing in the kitchen in front of a fan with her arms outstretched, trying to get relief from her hot flashes. As a teenager, I thought she looked ridiculous. Then, a few years ago, I was cooking dinner with my own teenage children when a wave of heat crashed against me. I ran to open the windows while furiously fanning myself with my hands. It was official: I had entered perimenopause, and it was my turn to look ridiculous.

Perimenopause describes the period of time when a woman begins experiencing changes related to the disruption of hormone production until 12 months after her last period. It can last from four to eight years, during which time she may experience a range of symptoms. Once she reaches that 12-month milestone, she's in menopause for the rest of her life.

I recently spoke with Dr. Mary Jane Minkin, a clinical professor in the Department of Obstetrics, Gynecology, and Reproductive Sciences at the Yale University School of Medicine and a member of HealthyWomen's Women's Health Advisory Council, and learned about some surprising signs of perimenopause.

How long is too long for a period during perimenopause?

Since my friends and I have experienced erratic periods, the first thing I wanted to know was whether we needed to worry about overly long or heavy periods.

"The answer is there is no answer," Minkin said with a laugh.

Minkin explained that the reduction in our estrogen levels is what gives us symptoms like hot flashes and night sweats. But unusual bleeding is actually related to a fall in progesterone levels, which happens as we stop ovulating.

"When we don't have a good amount of progesterone on board, we can get all sorts of funky bleeding; it can be heavy and it can be erratic," Minkin said. "What we're concerned about with the bleeding issues is whether the bleeding is simply related to these normal physiological changes or to some pathology."

She said your gynecologist may prescribe progesterone for heavy bleeding.

"If that straightens out the bleeding, the patient's good," Minkin said. "If it's bleeding related to a fibroid or cancer, progesterone probably won't do much. In that case, I'd do a biopsy or ultrasound to figure out what is going on in the uterus."

About those hot flashes and night sweats . . .

Twenty years ago, when I was nursing my daughter, I used to wake in the night with a drenched T-shirt. My lactation consultant told me I could expect the same when I started going through perimenopause. The idea seemed so far away, but sure enough, even in the dead of winter, I've woken dripping with sweat.

The good news is that hot flashes and night sweats don't last forever.

"Both occur early in perimenopause and get better over time," Minkin said.

She added that most women expect hot flashes and night sweats, but one symptom of perimenopause that women may not expect is insomnia.

"Some women get insomnia without sweating," Minkin said. "They just wake up at two in the morning."

That's me these days. I'm awake between around 2 and 4 a.m. nearly every night. Thank goodness for Netflix.

A cocktail for perimenopause breast tenderness

One sign of perimenopause that I didn't expect was sore breasts; at this age, I definitely wasn't expecting to have times when my breasts hurt the way they did when I was nursing.

"That actually surprised me when patients started asking me about it," Minkin said. "On the surface, it may not make sense because estrogen levels are going down, but the key thing is: Though, overall, your estrogen levels are declining in the perimenopause, they're not smoothly declining."

She used the analogy of the Dow Jones Industrial Average as we were going into the 2008 recession: It was going down, but there were days it would spike up.

"Your estrogen is going down in general, but one day your ovaries may say, ‘Hurrah, hurrah, hurrah; we're making something,' and they may shoot out a lot of estrogen. Your body's been used to a much lower level, so your breasts will get sore," Minkin said.

So what can we do? Minkin tells me she has a plan to relieve our pain. It starts with cutting out caffeine. For those who can't bear the thought of giving up their coffee, Minkin offers a cocktail.

"It starts with vitamin B6 (100–200 mg), vitamin E (200 international units) and the other secret ingredient is evening primrose oil. The standard capsule is 500 milligrams and two capsules tend to help with the sore breasts," Minkin said, adding that it's safe to take them all together.

Aside from the cocktail, the other therapy she prescribes is birth control pills.

"Birth control pills put your ovaries to sleep, so the fluctuations go away," Minkin said. "The pill has a fixed level of estrogen and progesterone, so you lose the variations. And if people are having funky bleeding, it's got the progesterone so it controls that. It takes care of the hot flashes, takes care of the bleeding; it's fabulous."

Here's the catch. Minkin says you have to be healthy to take the pill. Women who are very overweight, have high blood pressure or smoke aren't good candidates. And, taking the pill doesn't slow down perimenopause; it merely masks the symptoms.

"So you won't know when you're finished with perimenopause because you're going to keep getting your period," Minkin said.

The only way to know if you're out of perimenopause is to go off the pill and see if you don't get your period for 12 months. If that happens, you've survived perimenopause — but your teenagers still might think you look ridiculous.

Surviving My Crazy Period During Perimenopause

7 Perimenopause Symptoms You Need to Know About Now

Health in Your 40s: Questions to Ask Your Health Care Professional