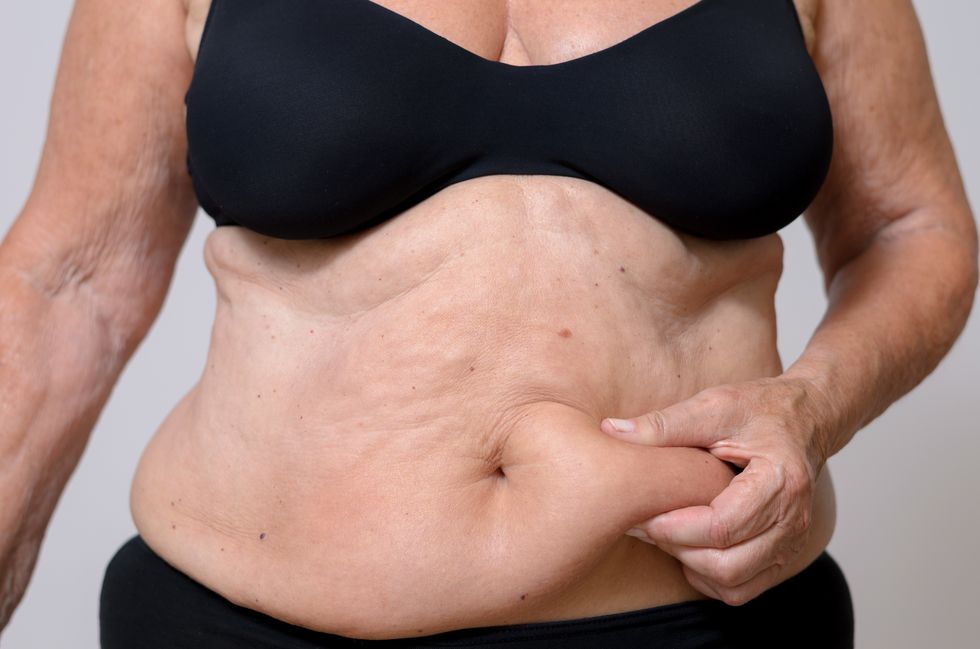 Belly Fat More Dangerous in Older Women Than Being Overweight

In older women, it's not excess weight that's deadly, but where those extra pounds collect that can shorten life, a new study reports.

THURSDAY, Feb. 23, 2017 (HealthDay News)—In older women, it's not excess weight that's deadly, but where those extra pounds collect that can shorten life, a new study reports.

Among women 70 to 79, being overweight or obese didn't appear to cut years off life—unless the weight was centered around the waist. But being underweight also appeared to shorten life span, researchers found.

"Abdominal fat is more deadly than carrying excess weight," said lead researcher Zhao Chen. She's chair of the University of Arizona's department of epidemiology and biostatistics in the College of Public Health.

While the study found that a large waist circumference is detrimental, Hispanic women were somewhat protected—they had lower mortality rates at any waist measurement or BMI level than white or black women.

Chen added, "An older woman should be concerned when her body weight is below normal for her height, and less concerned when she is slightly heavier than normal."

The researchers found that the risk of mortality increased when waist circumference measured more than 31.5 inches (80 centimeters), and they classified anything above nearly 35 inches (88 centimeters) as an "extreme risk."

Although being overweight is often considered generally bad for your health, how bad may depend on your age, race and ethnic background, Chen said.

"Some of these differences may be related to the fact that body weight does not capture mortality risk, as do measures such as waist circumference, which we find is consistently associated with higher mortality," Chen said.

In general, these findings suggest that being underweight is more detrimental in older women, and being slightly heavier in later life could be beneficial, she said.

Body weight can reflect several different aspects of body composition, each reflecting health and disease in its own way, Chen said.

"One's weight should be interpreted with caution with respect to age, ethnicity, race and other measures of health, such as waist circumference," she said.

For the study, Chen and her colleagues reviewed data on nearly 162,000 women aged 50 to 79 who took part in the Woman's Health Initiative, a major study on postmenopausal women by the U.S. National Institutes of Health.

At the start of the study, the researchers measured the height, weight and waist size of all the participants and recorded other lifestyle data.

The researchers found that being overweight or slightly obese didn't affect life span. Class II or class III obesity increased the odds of early death by around 10 percent.

Higher waist circumference was consistently tied to higher death rates during the study.

Dr. Jill Rabin is co-chief of the division of ambulatory care in Women's Health Programs-PCAP Services at Northwell Health in New Hyde Park, N.Y. She believes that these findings can be helpful to older women.

"It's reassuring, in that older women don't have to be skinny or try to maintain the same weight as when they were young," Rabin said. "It might be healthier to be a little bit heavier, except if the fat is around the waist.

"Women whose weight is centered in their waist should try through diet and exercise to lose that weight," Rabin said.

Another specialist agreed that fat at the waist is the most dangerous kind.

"As health practitioners, we are moving away from body mass index as an indicator to health risk and looking more at body composition, using waist circumference and body fat percentage," Zarabi said.

The study findings were published Feb. 23 in the Journal of the American Geriatrics Society.