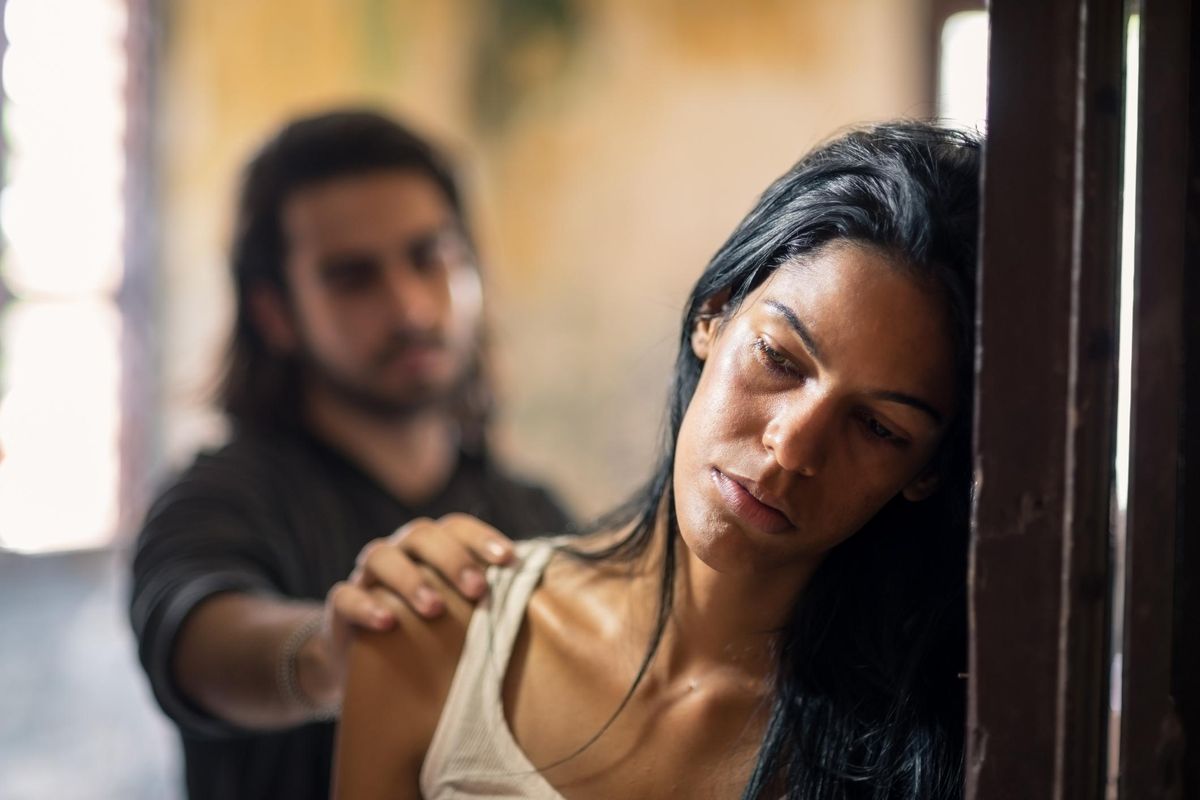 Her husband raped her. The state said it wasn't a crime.

In the summer of 2017, Jenny Teeson made a horrifying discovery.

Teeson, who had begun divorce proceedings from her husband of 12 years in Minnesota, was looking through files from their shared laptop when she discovered photos and videos of her husband raping her while she was unconscious. Teeson's husband had been drugging her with his prescription sleeping medication and then assaulting her — and she had no idea.

All of the sudden, things started to make sense. Teeson said she remembers waking up many times in the morning feeling lethargic and disoriented but had no idea why. She had even gone to the doctor to try to figure out what was wrong.

"When I found these videos, I was in utter shock, but then it all clicked. I now knew what had been happening and why I had been feeling so disoriented when I woke up. "

Teeson's now ex-husband was initially charged with a felony — third degree criminal sexual conduct — but the charges were dropped the same day. Due to a legal loophole in Minnesota's law at that time, raping your incapacitated spouse was not illegal if you were married or cohabitating at the time of the offense.

"If I wasn't his wife or cohabitating with him when he raped me, the felony charges would have stayed, but since I was … the state didn't consider my rapes illegal. A rapist is not always a violent stranger. It can happen to you right in your own bed," Teeson said.

Teeson's ex-husband was never prosecuted for the felony rape charge due to this loophole, but he was charged with two misdemeanors — criminal sexual conduct in the fifth degree, which was later dismissed, and interfering with privacy in the home — for which he took a plea deal and served just 29 days in jail.

These legal loopholes surrounding marital rape are not uncommon. Many states have exceptions when it comes to spousal rape. Although marital rape is technically illegal in the United States, some states' archaic laws exclude situations where a spouse is unable to consent because they are incapacitated. Incredibly, even if their partner drugged them, it's not considered "forcible" and, therefore, is not a criminal offense.

Aequitas, a nonprofit organization fighting for justice in gender-based violence cases, reported in 2019 that 20 U.S. jurisdictions "have spousal exemptions for offenses that criminalize sexual conduct based on the victim's lack of capacity to consent to that conduct."

The legal system's continued denial of marital rape is rooted, in large part, in turn of the century marriage laws where women were viewed as their husband's property and the dangerous notion that a preexisting relationship meant irrevocable consent. While laws have changed in the past 50 years, marital rape is often still ignored. In fact, the legal definition of rape in the United States originally did not even include a spouse and was defined as nonconsensual sexual conduct with someone other than your spouse.

It wasn't until 1993 that rape laws were changed in all 50 states to include a spouse, overwhelmingly due to the ongoing efforts of women's rights groups, but loopholes and spousal exceptions — like what happened to Teeson — remain.

"No means no under any circumstances. Marriage vows generally include promises to love each other and to be there for each other in sickness and in health — they do not promise to provide sexual relations when one person says no," wrote Dr. Jennifer Payne, director of the Johns Hopkins Women's Mood Disorders Center and a member of HealthyWomen's Women's Health Advisory Council, in an email exchange

The statistics on sexual violence are staggering. Over 45% of rape victims are attacked by an intimate partner. Marital rape victims are also in heightened danger because they may still live with their assailant and can be repeatedly attacked — especially if the rapist knows they won't be prosecuted. Marital rape is also intertwined with domestic violence. Abusers often sexually assault their partner during a physical attack, and victims can be threatened with more violence if they don't go along with their abuser's sexual demands.

After the felony charges were dropped, Teeson said she knew she had to do something to change the law. "This is bigger than just my case," Teeson recalled thinking. "I needed to speak up for others, and I knew I was going to fight." Teeson began working with local legislators in Minnesota. In 2019, a long overdue change finally came when Governor Walz signed a bill repealing the state's legal loophole.

But changing state laws has often been met with resistance. Recent attempts to repeal marital rape exemptions in Ohio, Maryland and Michigan failed. New bills have been introduced this year. In Maryland, the pending bill is being met with strong opposition from Republican lawmakers.

Maclen Stanley, J.D., Ed.M., an attorney in Los Angeles who specializes in sexual assault, said marital rape is more widespread than many realize, but it's not spoken about as much as other crimes. Law enforcement and district attorneys have also not been very responsive when it comes to investigating and prosecuting spousal rape. "District attorneys have broad discretion over what cases they prosecute. It's already a difficult process to get a stranger rape case brought to trial — and with marital rape, it can be even harder for a survivor to get justice."

In many states, even when marital rapists are convicted, they are still given deferential treatment. In California, there is no mandatory prison sentence for a convicted spousal rapist. Virginia allows judges to set aside a prison sentence for a convicted marital rapist and replace it with counseling only. And in South Carolina, a spouse who rapes their partner is not held criminally liable unless the attack involved extreme violence, a weapon or the threat of a weapon. The state will also not prosecute if the victim doesn't report the assault within 30 days, and a convicted marital rapist can't serve more than 10 years in prison.

"This fight is not over," Teeson said. Although the law was changed in her state, she said she will continue to advocate for rape survivors and push for legislation in other states.

"This is a human rights issue. No one is the property of their spouse. I am going to keep speaking out and fighting for change until these dangerous loopholes are gone."