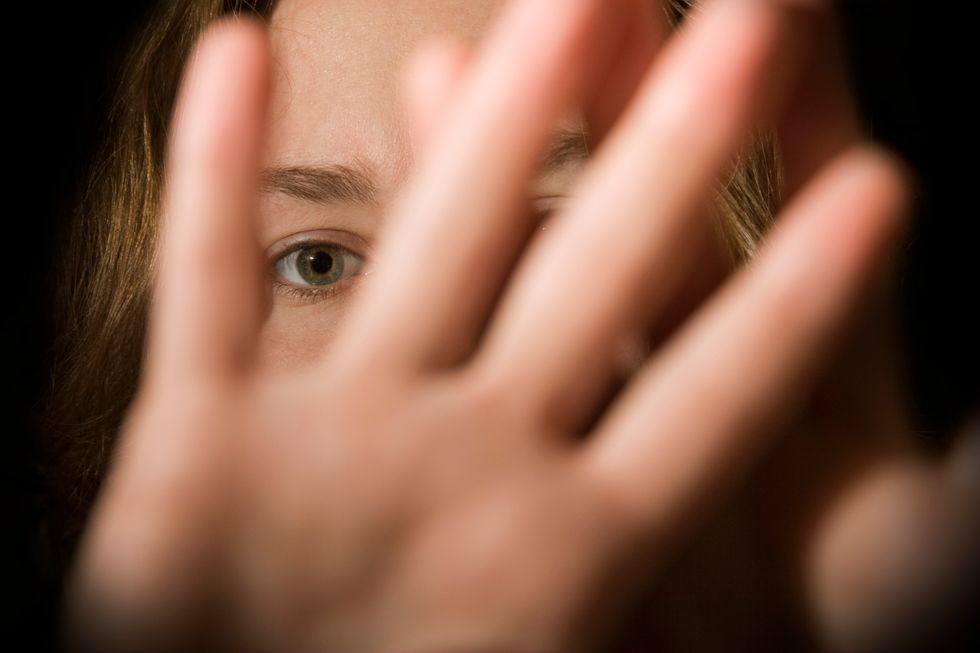 Violence Against Women Is Overlooked in Its Role in Opioid Epidemic

Women who are subject to violence – often from intimate partners – are more likely to turn to opioids or other substances leading to further health and life problems, including increased risk for HIV infection.

One night, a woman I'll call Tonya got a compliment from a guy when she was out with her boyfriend. Tonya's boyfriend cursed her because another man had complimented her. He said: "You give it to everybody, I want it too." In anticipation of his physical abuse, she reasoned, "I could go off to Wonder World." She then injected heroin, to be "in her own world," she later told me.

Tonya is only one of the hundreds of women I've interviewed for my research with similar stories in the span of my nearly 30-year career studying the links between intimate partner violence, sexual coercion, substance use disorders and HIV.

In the early 90s, I was among a few social scientists who identified intimate partner violence as a major risk factor for HIV risk behaviors and transmission and a barrier to treatment access, and engagement among women.

Over the years, I have designed, tested and promoted the use of gender-specific HIV and prevention interventions to address these issues simultaneously for women, men and couples who use drugs.

More recently, I have expanded my substance abuse research to include greater involvement in opioid overdose prevention among women and men. I have begun a cross-university collaboration to tackle the opioid crisis and issues such as partner violence, reproductive health and gender equity are included in the interventions that we will develop, in order improve access to services and treatment for individuals who use opiates.

While progress has been made to address intimate partner violence among women who use drugs, those with opioid use disorders who experience partner violence are still in dire need of help in navigating and engaging in substance use treatment programs and other services.

Our research found that many men with substance use disorders often undermined their female partners' recovery. They can control their ability to engage in treatment, deny them potential sources of protection, and jeopardize the custody of their children to maintain control over them and, for some men, have women take care of them.

Many women in controlling and violent relationships like Tonya's "self-medicate" – or use drugs that are not prescribed to them to help with their medical condition – to mitigate the trauma of physical and sexual assault. As a result, their bodies crave an ever-increasing steady supply of substances to get high in order to feel "better." Today, the drugs of choice are usually opioids.

Research has repeatedly indicated that drug use is associated with partner violence, specifically against women, who may be particularly susceptible to such violence when under the influence of opioids. Living with substance use disorders puts these women into a number of contexts that expose them to HIV and other sexually transmitted diseases that jeopardize their survival in many ways.

In my research with men on partner violence and drug use and HIV, a man reported pushing his partner to the floor and forcing her to have sex. He did not consider this violent, since she reportedly gave him a "signal."

In another study with women who use drugs, a woman said that her husband hit her and forced her to have sex: "I didn't know I was raped because he was my husband."

Treatment must address the need for escape that these women seek. As another woman said, "When I was sober I didn't dare have sex with him. I had to be high to be able … to make love to him."

Many women who use drugs lack the power to negotiate safer sex and reduce drug risk behaviors, such as not sharing syringes with a partner or others, due to imbalanced power dynamics with their partners, and male controlling behaviors. Yet, most available HIV and substance use prevention strategies and treatment put the onus on women to insist on safe sex and drug risk reduction, increasing their risk of physical and sexual abuse.

This can be dangerous. Studies have shown that women are often physically or sexually abused when negotiating safe sex or refusing to engage in drug risk. Thus, a key person is missing from the conversation: her male partner.

My research has shown that counseling the couple may help. In a systematic review, colleagues and I found that couple-based interventions for women and male sex partners who use drugs help reduce sexual- and drug-risk behaviors and promote healthy relationship. Counseling couples allows partners to address gender differences in a safe environment, power imbalances and gender inequalities when sharing needles.

The opioid epidemic is complex and requires many approaches. In April 2018, the U.S. Surgeon General issued a public health advisory emphasizing the necessity of safe prescribing of opioids, accessing evidence-based medication-assisted treatment (MAT) and distributing naloxone to reverse overdose. However, the advisory makes no mention of the need for gender-specific approaches and interventions.

A recent study found that women were nearly three times less likely to receive naloxone during emergency resuscitation efforts than men, which is likely due to their being devalued. Emergency responders and police officers as well as family members and peers must be trained to overcome this gendered barrier and recognize signs and symptoms of overdose.

Women who use drugs face multilayers of stigma and disbelief, preventing them from disclosing problems such as partner violence. Staying in treatment is difficult for women when services are designed and delivered by men who may not know how to create an environment of trust for women. These issues must be changed if we are serious on addressing the opioid epidemic among women.

Women who use drugs have told our research teams that they feel unsafe in the locations where they are forced to inject. In fact, they face greater risks than men in these locations where men – who may have abused them – share. A movement toward safe injection locations, similar to the site in Vancouver specifically for women, would ensure women can avoid violence and gain access to harm reduction services.

Women with active opioid use disorders and those in recovery need to be at the forefront of discussions of how to move forward effective policies and programs to curb gender disparities and partner violence. Only then can we observe better outcomes for women like Tonya.