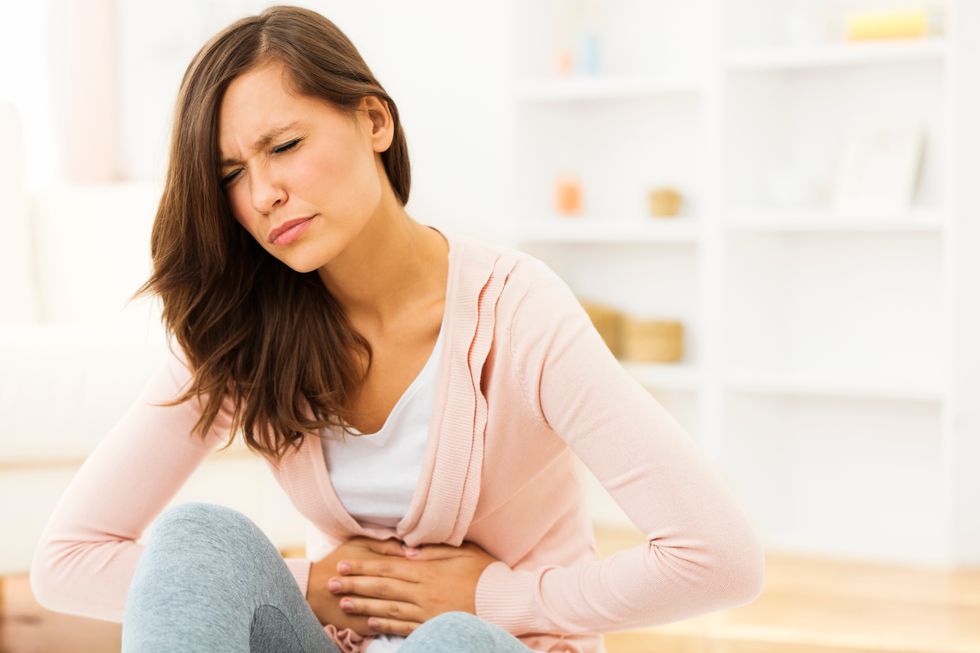 Is Your Bowel Irritable?

Many suffer for years before getting an IBS diagnosis.

People with irritable bowel syndrome (IBS) use the words "drastic," "unpredictable" and "life-altering" to describe their often painful, disabling and depressing condition.

Physical symptoms of IBS include cramping, abdominal pain, bloating, mucus in the stool, diarrhea and constipation.

Many of the 35 million Americans who suffer with IBS are afraid to go out, afraid of not being able to find a bathroom at a moment's notice. "They know every bathroom's location between home and work," Dr. Rosenberg says.

IBS is one of the most common disorders diagnosed by doctors. Yet, many people suffer a long while before being diagnosed, hesitant to seek medical help because they may be embarrassed to discuss their bowel health with their health care provider.

According to the IBS in America survey conducted by the American Gastroenterological Association, 11 percent of people with IBS wait over a decade to discuss their issues.

Some don't even realize that their bowel pattern is abnormal. "They think it's normal to go six times a day or only once a week," says Dr. Rosenberg. And they may not be aware that there are safe and effective therapies to manage their symptoms, he adds (more on that below).

The good news is that, unlike other disorders like ulcerative colitis and Crohn's disease, having IBS does not make you prone to more serious disease. It won't change your bowel tissue or increase your odds of getting colorectal cancer.

But that doesn't mean IBS is not serious to those with it and the people around them.

Though the exact cause of IBS is unknown, some medical experts believe it might be caused by flawed communication between your brain and intestinal tract. This creates cramping and painful muscle contractions or spasms, which either speeds or slows the passage of stool through your intestines.

Your risk of having IBS increases if you are female, younger than 50 years old or have a family member who has IBS. It can be more prevalent around the time of menstruation, too.

Although no particular foods have been linked with IBS, symptoms can appear from eating. Often it may be the amount of food, rather than a specific food.

The International Foundation for Functional Gastrointestinal Disorders reports that symptom triggers include: large meals, high-fat meals, some fruits and vegetables, fried foods, coffee and other caffeine and alcohol.

Stress or other psychological issues like anxiety or depression, hormonal changes, some medications (like antibiotics), or an infection in the digestive tract (like salmonella) can also aggravate symptoms.

Because there are no structural problems or abnormalities in people with IBS, a diagnosis can be difficult. But the pain and discomfort are real, says Dr. Rosenberg.

Although IBS is considered a chronic condition, there may be times when your symptoms flare and other times when they're less severe or even disappear.

Many people, before they reach out for help, try to manage IBS themselves with things like over-the-counter drugs and lifestyle modifications. These may work, depending on the severity and frequency of the condition.

Not everyone with IBS has severe symptoms. They may find these measures help them cope with symptoms:

For more severe cases, your health care provider may suggest medications to manage your symptoms. There are many types of medications to treat symptoms of IBS, and the type you try will depend on whether you have IBS-D, with diarrhea predominant; IBS-C, with constipation predominant; or mixed or unspecified IBS.

Women in the Middle

Fast Facts: What You Need to Know About Celiac Disease

For Years, I Lived in Agony with Undiagnosed Celiac Disease

Once Hot Flashes Fade, Are There Lasting Health Impacts?