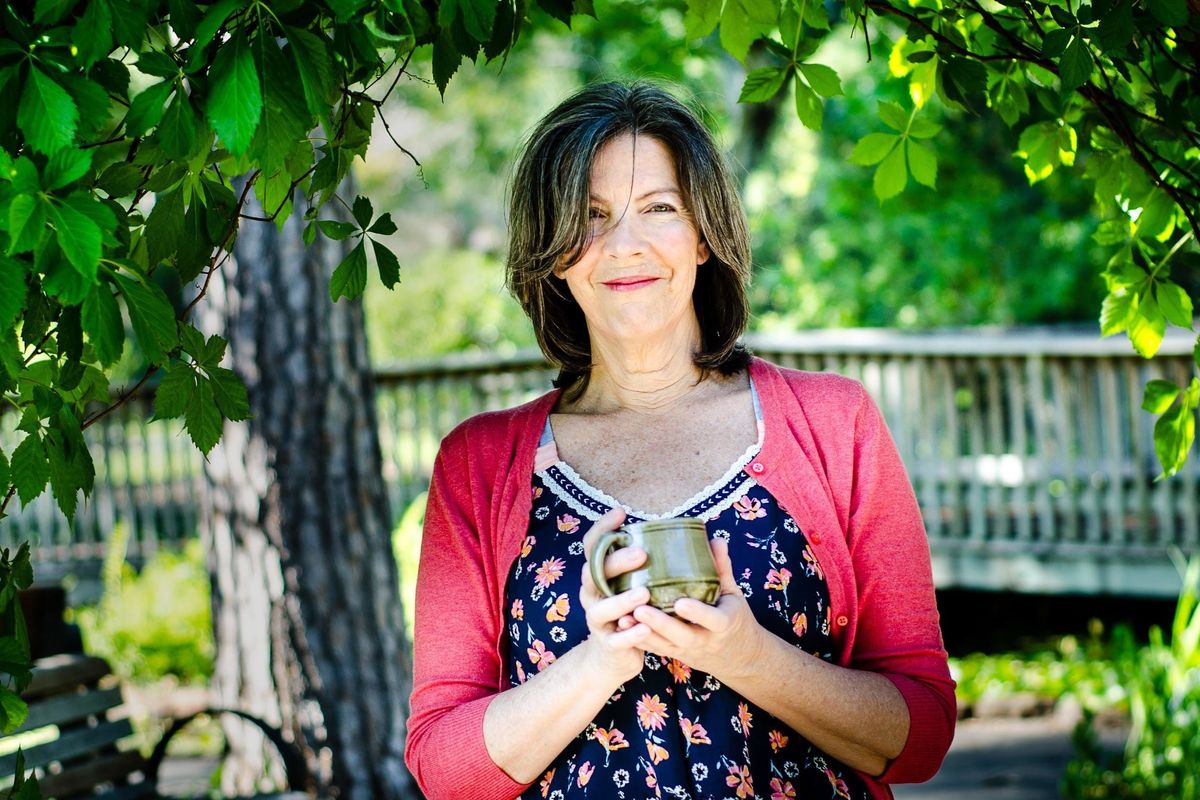 I've Had COVID-19 Symptoms for 130 Days and Counting

I was in despair when medical providers dismissed me — until I found the support of thousands of other COVID "long-haulers."

As told to Diana Whitney

When my symptoms first started on March 20, I thought they were allergies. I had a slight cough and mild fatigue and felt a little achy in my back, below the rib cage. My husband and I had been sheltering in place in our home in Texas, and I knew I wasn't considered "high risk" for the novel coronavirus.

I was 59 and in great physical shape. I had no preexisting conditions, was walking four to six miles daily and was working out with a trainer at the gym.

Five days later, I noticed I wasn't able to smell or taste anything. At that time, loss of smell wasn't listed as a COVID-19 symptom, but I was still worried. By then the fatigue had become extreme. On Day 10, I started having difficulty breathing. I felt a heaviness in my lungs, as if someone were sitting on my chest. Terrified, I called the doctor's office and asked to be tested.

"I'm having trouble breathing," I told the nurse. She inquired about my other symptoms, which included vertigo and light-headedness. But I'd never had a fever above 100.4, so she said I couldn't be tested.

Then she told me it sounded like I had anxiety.

"I'm a trauma therapist," I replied. "I know what anxiety feels like. And I can tell you that this conversation is making me anxious."

I hung up the phone and started sobbing. I was so frightened. When my husband asked what he could do, I told him, "There isn't anything you can do. They aren't willing to treat me."

Eventually, I calmed down and got on the internet. I found some deep-breathing exercises posted by a UK doctor, where you got the breath down deep into your lungs. The first time I did them, I was so exhausted I fell asleep for three hours. But they gave me a sense of doing something, rather than just waiting for the inevitable.

This was a turning point because I took my health into my own hands. Our government wasn't doing anything, the health care system didn't have enough tests, and unless you were on your way to the hospital, they weren't going to help you. But I kept doing those breathing exercises three to five times a day, and by April 20 I felt a bit better. I still had no sense of smell and the heaviness in my lungs, but I wasn't gasping for breath anymore.

I still wondered if I had COVID-19 or some other mysterious condition, until I found a local doctor who was doing antibody tests. He did both a blood test and a nasal swab for the live virus, and the next day he called to say I'd tested positive for COVID-19 antibodies. I started crying, relieved there was a clear, legitimate cause for my symptoms. That doctor stayed on the phone with me for 20 minutes, listening and giving me hope. I switched providers right then and there.

At that point, I was able to go for walks every day. Sometimes I'd feel winded and severely fatigued. I'd still experience strange bouts of vertigo. The symptoms would come and go, but I chose not to focus on them. When friends asked how I was feeling, I'd say "I'm about 98%."

But on May 31, my health took an alarming turn. I was sitting on the sofa watching TV when suddenly I couldn't breathe again. It was so frightening my husband called 911, and when the EMTs arrived they did an EKG to see if I was having a heart attack.

Although my blood oxygen levels were fine, they wanted me to be evaluated in the hospital. I told them I'd tested positive for COVID antibodies, and I believed this was the virus acting up, but they didn't listen.

It was nearly 10 p.m. when my husband drove me to the ER. I remember being really quiet in the car, trying to focus on staying calm and breathing. The pressure felt like someone sitting on my chest again, and it took great effort to inhale. My terrified thoughts alternated between fear that I was deteriorating from COVID and stress about the cost of the hospital trip.

At the ER they did a chest X-ray and three blood panels and checked me in for overnight observation. While I was waiting, I read an article in The Atlantic a friend had sent me and discovered an online support group for COVID long-haulers. Faced with a total lack of information about their disease, COVID-19 patients were forming their own communities and doing their own research. Reading about other people's symptoms, I realized I was not crazy. This was not in my head.

The next morning I had an echocardiogram and a stress test, and everything came back fine. My heart appeared healthy, but I was still struggling to breathe. I asked the cardiologist if this could be COVID-19, but he didn't even acknowledge my question.

A week later, I followed up with my new doctor about my breathing difficulties and the sensation of hyperventilating I was having. He told me, "I think this is neurogenic. Your symptoms seem to be centered on the nervous system." Then he said: "We don't know what to do. It's a very helpless feeling for me as a physician."

To have him validate my experience in that way was incredibly comforting. He reassured me that all my health markers showed my body was still working properly.

"Carol, I'm 98% sure this is all COVID-related," he said. "I'm seeing this in a lot of my COVID patients, and I want you to consider some trauma therapy."

I took his advice and made an appointment with a friend who's also a trauma therapist. That one session was transformative. What came up for me was the anger — at having to defend myself, at seeing people protest for their right to not wear a mask or to go get a haircut while claiming this disease was a hoax. I felt angry and abandoned by that first doctor who'd said, "Unless you're dying, we can't do anything for you."

My friend used Trauma Touch Therapy, and we worked through releasing all my anger.

I felt like I needed to push the rage and the virus out of my body. I literally screamed out loud during the session, and it was incredibly relieving.

Since then, I've felt calmer. I've released a charge from my nervous system, so I'm not as reactive. I've stopped searching for answers and am focused on reducing stress, which triggers the nervous system. I limit my time on social media. I'm exercising again. I still have mild breathing issues and no sense of smell, but my symptoms are slowly abating.

The support group remains a comfort to me. Once I found the group and read other people's stories, I realized I wasn't alone. Now I go on there to share any anxiety that comes up and encourage others who are struggling with anxiety and feelings of helplessness. Healing from COVID-19 can be a long, slow journey, and we need to help each other through.

Carol Holguin is the creator of Body to Soul™, a process aligning with the body's innate wisdom for healing and personal growth. She is a licensed massage therapist and certified Trauma Touch Therapist™, with nearly 30 years in practice. Carol works and lives in Wimberley, Texas.