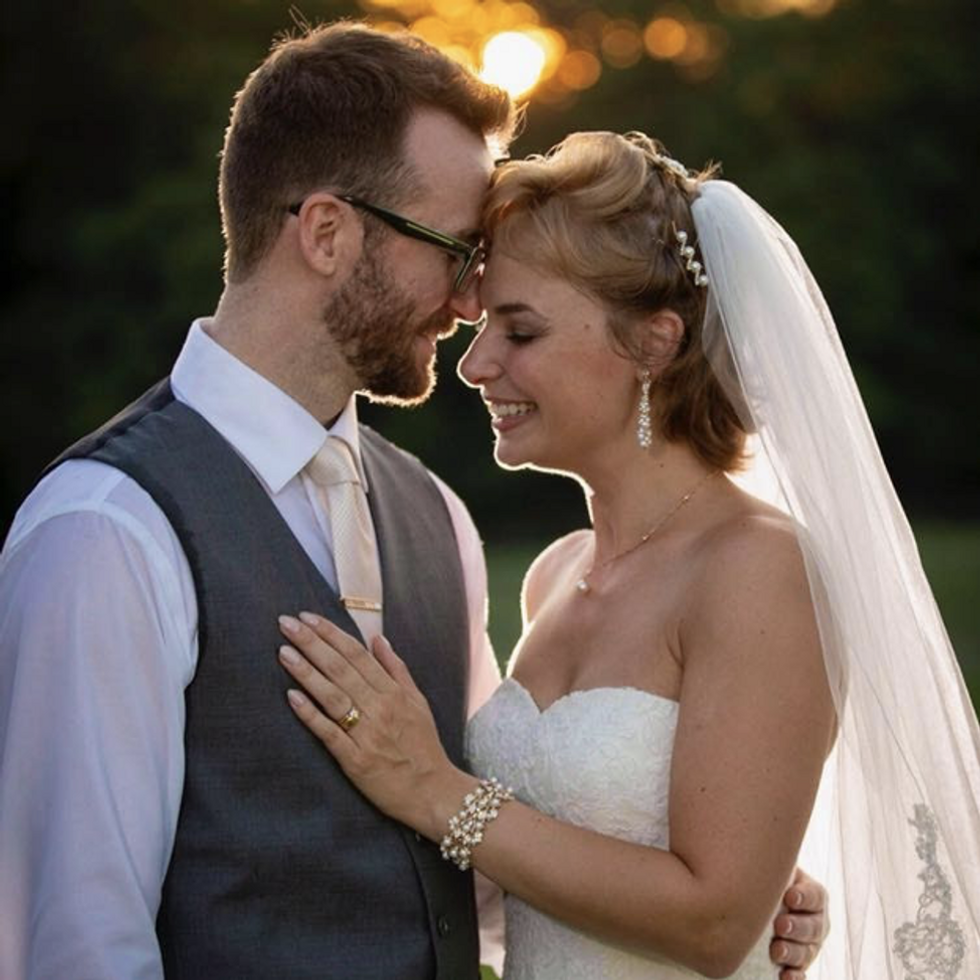 Endometriosis had made my own life difficult since age 15, but now it was threatening my future family.

When my husband and I decided we were ready for a baby, we didn't anticipate infertility struggles. And we had no idea that the culprit would be a condition I had quietly managed since age 15, endometriosis.

Shortly after I got my period at 14, abnormal menstrual symptoms began. Extremely painful cycles came first, followed by excessive bleeding. My OB-GYN suggested I begin birth control to help manage what he believed was endometriosis. Initially, the vaginal ring, a hormone-releasing birth-control device, worked wonders for my cycle and my symptoms almost disappeared. But a decade later, they slowly started to return. I also developed new and unexplained symptoms, including regular migraines, skin sensitivity, fatigue, and joint pain.

When we began trying to get pregnant, and I stopped birth control entirely, my symptoms came flooding back. On top of excessive cramping and bleeding came severe pelvic pain, hip and back pain, pain when using the bathroom, and intermittent cramping between periods. I had two normal-length cycles without birth control, but we didn't have luck conceiving. My third cycle was longer, still with no luck. My fourth cycle lasted over 60 days with cramping almost daily. I took at least five pregnancy tests, each a glaring negative. Finally, Aunt Flo showed her ugly face and my fifth cycle began … and didn't end.

After three months with no period, I saw a new OB-GYN, who asked the obligatory questions. Had I been tested for autoimmune disorders? Had my thyroid been checked? Had I seen a neurologist? When I answered yes to all these questions, he immediately suggested we do a blood panel to check for hormonal imbalances, as well as imaging to check for cysts or fibroids.

He also warned me he suspected endometriosis and explained that imaging rarely detects endometriosis' lesions and adhesions. If all my tests came back negative, it could be time to consider laparoscopic surgery. This would allow him to diagnose the stage of the disorder and clear out as much endometrial growth as possible. He was hopeful this procedure could give me a better chance at conception, if only for a few months before the tissue began to grow back. I eagerly agreed.

We scheduled surgery for October 2019 after my testing came back normal. My OB-GYN prescribed medication that successfully ushered in my period, and I chose to take soy supplements, as I had read that some types of soy may help with ovulation. I ovulated for the first time in over a year! I was hopeful, but reminded myself that any egg I released might not reach my uterus or properly implant, depending on how severe the endometriosis was.

I was ecstatic when my period came on its own, only two weeks late! Still, my daily symptoms worsened. But I felt so encouraged by my successful ovulation that I decided to continue. All we could do was hope that my body was relearning how to produce a normal menstrual cycle, despite endometriosis fighting back. I had three cycles left before surgery, and I felt at peace because we had a plan.

In September 2019, I took a trip to Colorado to visit my best friend. During my week-long stay, I began to notice something different: I felt amazing! My daily cramps had ceased. My back and hip pain lessened. I had only one migraine over the entire visit! My skin didn't feel on fire when my clothing brushed against it. This is the best I've felt in a long time, I thought. How wonderful to get a reprieve during vacation! Finally, the day my period was due, my friend suggested I take a pregnancy test. I shook my head, convinced it was pointless, and told her I hadn't even brought one with me. She smiled and handed me one herself.

I took it reluctantly. Within ten seconds, a second line appeared. By the time a full three minutes had passed, the test line was darker than the control. I was looking at a blazing positive pregnancy test! I burst into tears — shocked, ecstatic and frightened. Would this miracle be able to stay with me without the laparoscopy? Would endometriosis allow a baby to grow successfully inside me? All we could do was wait.

At my first prenatal appointment, my OB-GYN walked into the room grinning, shook my hand, and said, “Look what you did! Congratulations!" During the ultrasound, I heard my little bean's heartbeat for the first time, tears of happiness rolling down my face.

I'm now in my third trimester. The abundance of pregnancy hormones have wiped out almost all my symptoms and likely arrested the progression of endometrial growth. The time may come to consider surgery again, but for now, despite the odds, and thanks to a physician who was eager to meet endometriosis head on, this disorder has taken a backseat to the miracle baby we didn't think was possible.

Gracie Jones grew up in Poolesville, MD, and graduated from the University of Maryland with her degree in Theatre. After ten years performing professionally in the DC Theatre community and across the country, Gracie is planning to switch careers to become a stay-at-home-mom.