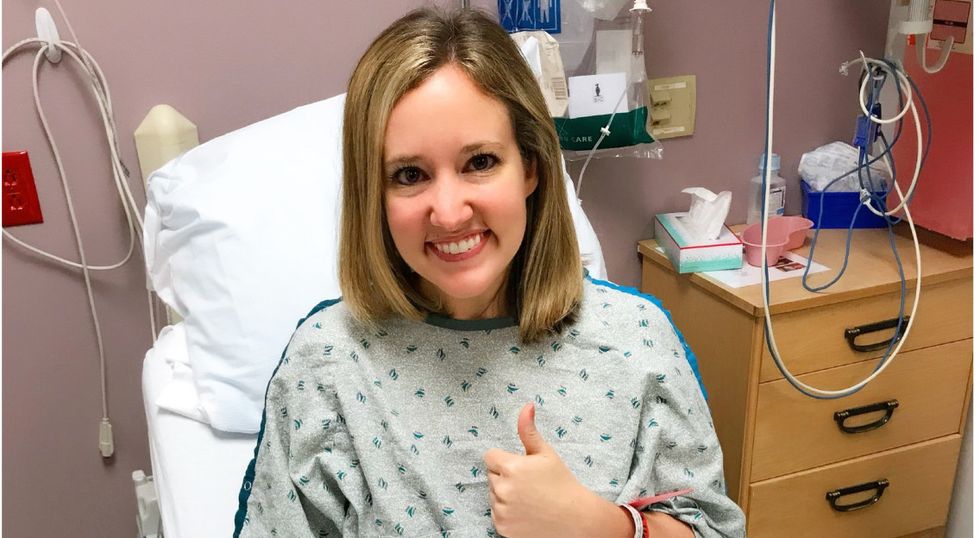 How to Prepare for a Colonoscopy

When I was 21 I was blindsided with a diagnosis of an incurable chronic illness. I was told I had Crohn's disease—an autoimmune disease that attacks the gastrointestinal tract, leading to severe pain and fatigue (just to name a few of the downsides).

Natalie Hayden is a #teamHealthyWomen Contributor and this post is part of HealthyWomen's Real Women, Real Stories series.

I scheduled my colonoscopy in September and it's hung over my head ever since. It's not the procedure that's bothersome to me; it's the prep and the worry over the findings.

Last month, it happened. I went 2.5 days on a liquid diet (which is easier said than done when you're a stay at home mom all day) and did the prep. Everyone knows the prep is far from desirable and it doesn't help when you're famished. For some reason, this time was especially difficult on me. I was incredibly nauseated and weak. I vomited multiple times. I could barely get it down.

Luckily, an hour before I started the prep, my mom landed in St. Louis and was able to take care of my baby for me. I honestly don't know what I would have done without her, as my husband was at work when I needed to start the prep. MOM TIP: Have someone help you, whether it's a friend or a family member when you have kids. It's nearly impossible to take care of yourself during this, let alone another person!

The magnesium citrate and I don't mix well. Whether it's cold, on ice, with Sprite, with Zofran to help the nausea—it's still awful. Instead of drinking the 64 oz. of Gatorade mixed with 14 servings of Miralax in one hour, it took me seven hours … and I still had about 8 oz. left behind. The morning of the procedure I was supposed to get up three hours before we left for the hospital (3:30 am) and take 10 oz. of magnesium citrate. I woke up with stomach pain at 3 am, attempted with the prep again … and failed. I gagged the minute it touched my lips. Let's just say I was not too confident in my how "cleaned" out I was going to be. In the nights leading up, I started to fear inflammation or issues that would change my disease course and plans for future children.

I turned to Instagram for some tricks of the trade when it comes to prepping for joyous colonoscopies and came away with some helpful tips I thought I'd share:

As I sat alone in my hospital gown, waiting for the IV and the procedure, I had a few moments to think, pray and reflect about my patient journey. My husband Bobby came back to see me, held my hand, kissed me a few times before I was whisked away.

I woke up to the best news! There were no signs of inflammation or active disease and my streak of "remission" continues. I put that word in quotes because I am always hesitant, as my symptoms always come out of left field and blindside me. For now, I am going to bask in this celebratory moment, enjoy every feel-good day and take in the relief of knowing I've gone through another colonoscopy and passed with flying colors!

A version of this article originally appeared on Lights Camera Crohn's.

Self-Love: Learning to Love Your Body Despite Your Disease

A Letter to My 21-year-old, Newly Diagnosed With Crohn's Self–From 13 Years in the Future

Reflecting on Motherhood & Crohn's: Year One

10 Tips for Friends and Family Supporting Someone With IBD