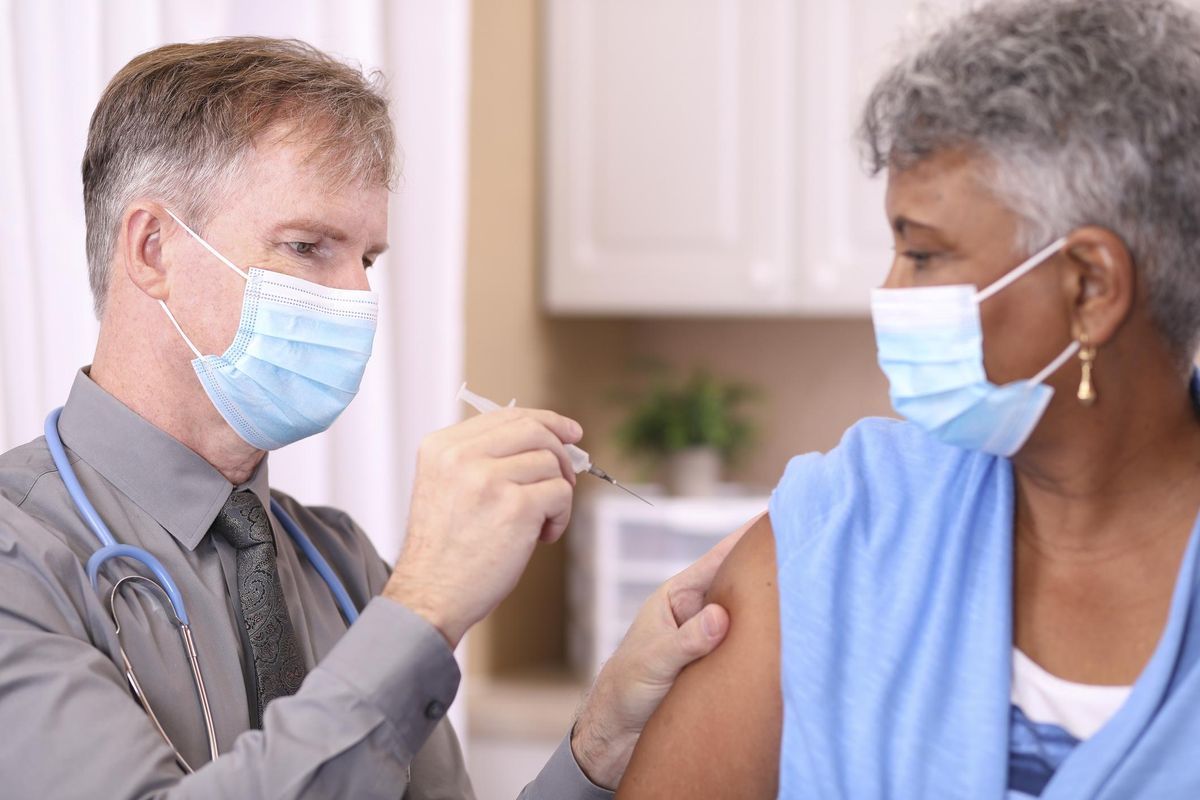 The concept of herd immunity, also referred to as community immunity, is fairly simple. When a significant proportion of the population, or the herd, becomes immune from the virus, the entire population will have some acceptable degree of protection. Immunity can occur through natural immunity from personal infection and recovery, or through vaccination. Once a population reaches herd immunity, the likelihood of person-to-person spread becomes very low.

The big lie is one of omission. Yes, it is true that African Americans will benefit from the COVID vaccine, but the full truth is that the country needs African Americans and other population subgroups with lower reported COVID-19 vaccine acceptability rates to take the vaccine. Without increased vaccine acceptability, we stand little to no chance of communitywide protection.

About 70% of people in the U.S. need to take the vaccine for the population to reach herd immunity. Whites make up about 60% of the U.S. population. So, if every white person got the vaccine, the U.S. would still fall short of herd immunity. A recent study suggested that 68% of white people would be willing to get the COVID-19 vaccine. If these estimates hold up, that would get us to 42%.

African Americans make up more than 13% of the American population. But if up to 60% of African Americans refuse to take the vaccine, as a recent study suggests, it will be difficult to reach that 70% threshold likely needed to reach herd immunity.

Latinos make up just over 18% percent of the population. A study suggests that 32% percent of Latinos could reject a COVID vaccine. Add the 40% to 50% rejection rates among other population subgroups and herd immunity becomes mathematically impossible.

Further exacerbating the problem is that mass vaccination alone won't achieve herd immunity, as the effect of COVID vaccines on preventing virus transmission remains unclear. Ongoing preventive measures will likely still be needed to stop community spread. As the resistance to facts and science continues to grow, the need for credible information dissemination and trust-building related to vaccines becomes more important.

My research offers some possible explanations for lower vaccination rates among Blacks. Historical wrongs, like the Tuskegee Syphilis Experiments, which ended in 1972, have played a major role in contributing to Black mistrust of the health care system. In another case, the “immortal" cells of Henrietta Lacks were shared without her consent and have been used in medical research for more than 70 years. The most recent application includes COVID vaccine research, yet her family has received no financial benefit.

[Expertise in your inbox. Sign up for The Conversation's newsletter and get expert takes on today's news, every day.]

African Americans also disproportionately experience unequal treatment in the modern-day health care system. These experiences of bias and discrimination fuel the problem of vaccine hesitancy and mistrust. Lower prioritization for hospital admissions and lifesaving care for COVID-19-related illness among African Americans was reported in Massachusetts in April 2020. Massachusetts subsequently changed its guidelines, yet across the U.S. there is a lack of data and transparent reporting on this phenomenon.

The current messaging of vaccine importance may seem tone-deaf to those in a community who wonder why their health is so important now, at the vaccine stage. Black health didn't appear to be a priority during the pandemic's first wave, when race disparities in COVID emerged.

Perhaps even Operation Warp Speed has had the unintended consequence of decreasing vaccine acceptance in the African American community. Some ask why wasn't such speed applied to vaccine development for HIV, which still has no FDA-approved vaccine? As of 2018, AIDS-related illness has killed an estimated 35 million people globally. It continues to disproportionately affect people of color and other socially vulnerable populations.

If African Americans were honored and acknowledged in these COVID vaccine conversations and told “we need you" instead of “you need us," perhaps more Blacks would trust the vaccine. I encourage our nation's leaders to consider a radical shift in their approach. They must do more than pointing to the few Black scientists involved in COVID vaccine development, or making a spectacle of prominent African Americans receiving the vaccine.

These acts alone will likely be insufficient to garner the trust needed to increase vaccine acceptance. Instead, I believe our leaders should adopt the core values of equity and reconciliation. I'd argue that truth-telling will need to be at the forefront of this new narrative.

There are also multiple leverage points along the supply and distribution chains, as well as in vaccine administration, that could increase diversity, equity and inclusion. I'd recommend giving minority- and women-owned businesses fair, mandated access to contracts to get the vaccine to communities. This includes procurement and purchasing contracts for freezers needed to store the vaccine.

Minority health care workers should be equitably called back to work to support vaccine administration. These issues, not publicly discussed, could be transformative for building trust and increasing vaccine acceptance.

Without a radical shift in the conversation of true COVID equity, African Americans and many others who could benefit from the vaccine will instead get sick. Some will die. The rest will remain marginalized by a system and a society that hasn't equally valued, protected, or prioritized their lives. I believe it's time to tell the truth, the whole truth, and nothing but the truth.