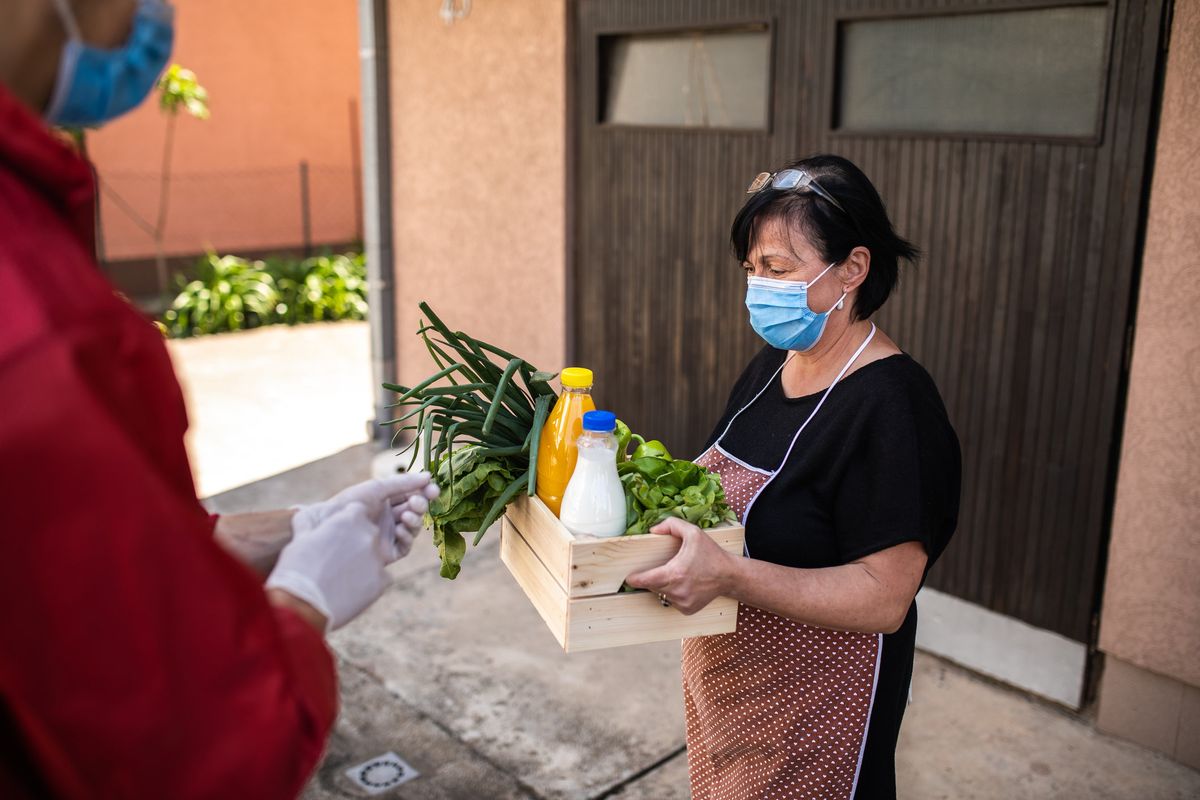 Despite facing a global health crisis and economic recession, more than half of all U.S. households – 56% – expressed some form of generosity during the early months of the COVID-19 pandemic, my colleagues at the Women's Philanthropy Institute and I found.

We also found that 48% of U.S. households had engaged in forms of generosity unique to the pandemic. This includes ordering takeout with an intention to support local restaurants and their employees and paying individuals or businesses for services such as haircuts and caregiving that they could not provide due to strict social distancing requirements.

A significant yet smaller share of all households took part in more conventional forms of charitable giving. Nearly a third of households (32%) did some combination of donating directly to nonprofits, supporting others through crowdfunding and providing in-kind goods – everything from canned beans to homemade masks – to those in need. This share is slightly higher than the percentage (29%) who donated to support disaster aid efforts in all of 2018, the most recent year for which data is available.

We also looked at how U.S. households' routine charitable giving – that is, donations they would have expected to make had the pandemic not occurred – changed in the spring of 2020. We found that the scale of this giving, whether through traditional charitable donations or things like giving to individuals or businesses through crowdfunding campaigns and with in-kind goods, was largely unchanged.

These findings are based on responses to questions about generosity in response to COVID-19 that we added to a survey regarding how families make decisions about charitable giving. A national sample of 3,405 households completed the online survey in mid-May 2020.

While research on generosity in response to previous disasters and economic recessions might ordinarily help experts predict how Americans would give today, the combination of a health crisis and a severe economic downturn cannot be compared with other events in recent history.

Our findings are consistent with other research demonstrating that the generosity of Americans, especially those who are younger and from communities of color, tends to go well beyond donating money. Younger people were more likely than older Americans to engage in less conventional giving patterns, such as making an effort to shop locally or buy products from socially or environmentally responsible companies.

We also see the fact that people tended to not give less money away during the early months of the pandemic as a positive sign. It suggests that for many households, charitable giving is a habit. In this case, it's reasonable to expect that Americans who are used to supporting charitable causes will keep doing it despite the challenging circumstances.

These findings provide an early snapshot, rather than a complete picture, of American generosity as COVID-19 upended life in many ways.

We conducted this survey before the racial justice protests that followed the killing of George Floyd, the recent hurricanes that have struck the Gulf Coast and the wildfires that have devastated the West Coast. These events have undoubtedly had their own influences on charitable giving, spurring more support for social justice, disaster relief and environmental groups.

To develop a fuller understanding of U.S. generosity during the COVID-19 pandemic, my colleagues and I plan to ask the same questions in future surveys we intend to conduct at different times with a wide variety of people, ranging from very rich major donors to folks who mostly donate by chipping in a few dollars here and there through crowdfunding campaigns.

These forms of generosity have existed for a long time, but the pandemic may have made them more visible. We plan to watch how these behaviors evolve.