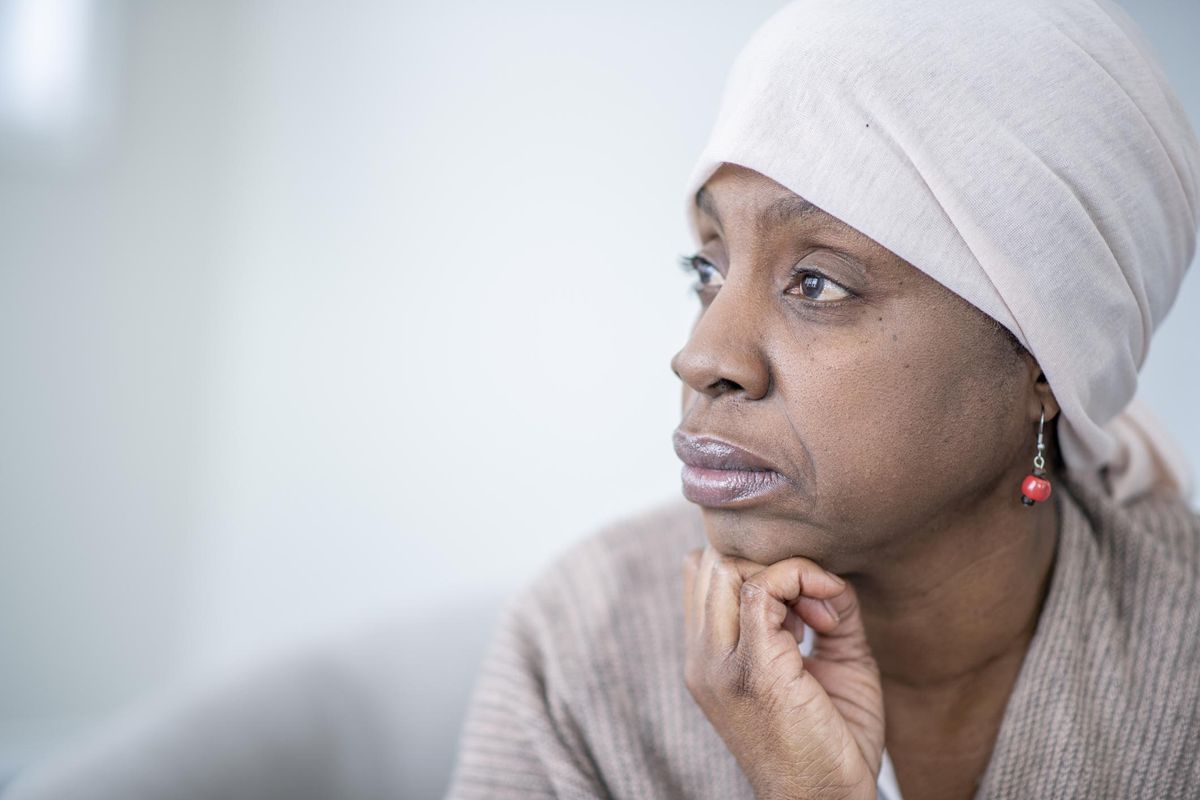 Sonya Dalton knows her body. An athlete who makes her living as a gym owner and trainer, she paid attention when she felt shooting pains in her chest. Having suffered pulmonary embolisms as a professional basketball player in the 1990s, she believed she was experiencing dangerous blood clots and went to the emergency room.

But, last July, scans revealed that Dalton actually had breast cancer. She was shocked. With no family history, she didn't believe she could get cancer.

"I've been healthy for a lifetime," she said.

Dalton had to come to terms not just with her diagnosis but with something else almost as daunting: the costs of cancer.

"Financial toxicity" — the side effects of the cost of medical care — can be harmful to patients' and survivors' emotional and financial well-being.

In a new survey by HealthyWomen and CancerCare, an organization that supports people managing the challenges of cancer, we found that the cost of cancer can take a heavy psychological toll. More than half (55%) of current and former cancer patients reported feeling depression due to cancer costs, and 39% of women cited cancer costs as a source of stress.

On top of causing a host of negative emotions and psychological distress, managing these costs can be disruptive to people's lives and careers. Forty-two percent of women reported a change in their employment status, including 9% who took unpaid leave and 7% who left or lost a job. Sixty-seven percent reported having to adjust their goals or priorities in some way because of cancer costs.

Choosing between adhering to treatment and paying bills is a decision no one should ever have to make. "This [type of decision] can be detrimental to [people's] physical health as they forgo some treatment or medication and their emotional health, as the stress to balance the competing priorities builds," wrote Christine Verini, RPh, chief operating officer of CancerCare and vice chair of the HealthyWomen board of directors, in an email exchange.

In Dalton's case, her surgeon warned that even with her health insurance, she might pay $100,000 out of pocket. She had just switched to a "skinny plan" with minimal coverage.

"This insurance is probably not the best choice, but I never thought I would have cancer," Dalton said.

Dalton's first four chemotherapy treatments cost $44,000 total. After insurance, she still owed $13,000 — and that was just a start. Her oncologist hoped she could tolerate eight more rounds of chemotherapy.

Even if her body can stand the treatments, Dalton's finances might not withstand her share of another $88,000 in treatment costs. Dalton has already received some money from friends and family and is considering making a broader appeal to her more than 60,000 social media followers. Even with the luxury of a social media platform that many do not have, Dalton still anticipates she may need to borrow money to pay her cancer bills.

In the meantime, Dalton chips away at her balance when she can. And our study showed that paying cancer bills over time like this is common; in fact, almost ⅓ of survey respondents (29%) took more than a year to pay their bills.

Healthcare finance data confirm this phenomenon. Kent Ivanoff, CEO of VisitPay, an online billing platform for hospitals and health systems, wrote via email that cancer patients take nearly 8% longer to pay their balances — which average 10% more — than other patients.

For an entrepreneur like Dalton, cancer is bad for business. Because her immune system was weakened from her treatments, her doctor insisted she stay out of the gym for her safety. She was able to do some virtual coaching sessions, but her revenues fell by approximately 60%.

Maintaining the business while funding cancer costs could be a "deal killer," according to Kerry Rupp, an investor in women-led companies as general partner at True Wealth Ventures and board chair of Texas 4000 for Cancer.

"It's hard to imagine how a woman entrepreneur facing a cancer diagnosis might even continue forward with an early stage business," Rupp wrote in an email exchange. Start-ups demand the founder's time, energy, and, in many cases, their cash. According to Rupp, many entrepreneurs — especially in early stage or smaller companies — opt for bare minimum health insurance to conserve cash just like Dalton did.

Women who work in hourly jobs may struggle to get time off for treatments, and even if they can, they often have to forgo wages for those hours. On top of lost income, women may struggle to afford the indirect costs of cancer, such as transportation to get to treatments.

Even for Oseni's patients who work full-time, the financial implications of lost work can be the deciding factor in their treatment preferences. "It's not just, 'Do I want to keep my breast or not?' but, 'How fast can I go back to work?'"

Some, Oseni said, let assumptions about insurance coverage — such as for reconstruction surgery after a mastectomy — determine their choices.

"I realized that some women would just start … shaking their head 'No,' and it wasn't because they didn't want [the treatment]," Oseni said. They just assumed they couldn't afford it.

"Ongoing, inclusive dialogue with the patient will allow for increased open communication of needs and decreased feelings of shame, embarrassment or fear patients may feel surrounding topics of affording lifesaving treatment," Verini said.

Our survey showed that, while only 54% of respondents discussed costs with their healthcare providers, 70% of those who did found lower-cost options, highlighting the importance of communicating about the costs of care.

"Presenting social worker involvement as a valid option would assist patients on dealing with the financial impact of cancer," Verini said.

Oseni and her colleagues increasingly invite such cost conversations. Without knowing a patient's financial concerns, doctors recommend the treatment approach they think is best clinically without regard for cost. If they understand that costs may create obstacles, they can often find alternatives.

Oseni urges patients to speak up. If you don't feel comfortable talking to your doctor about cost, Oseni says, find another doctor.

This resource was created with support from Amgen and Daiichi Sankyo.