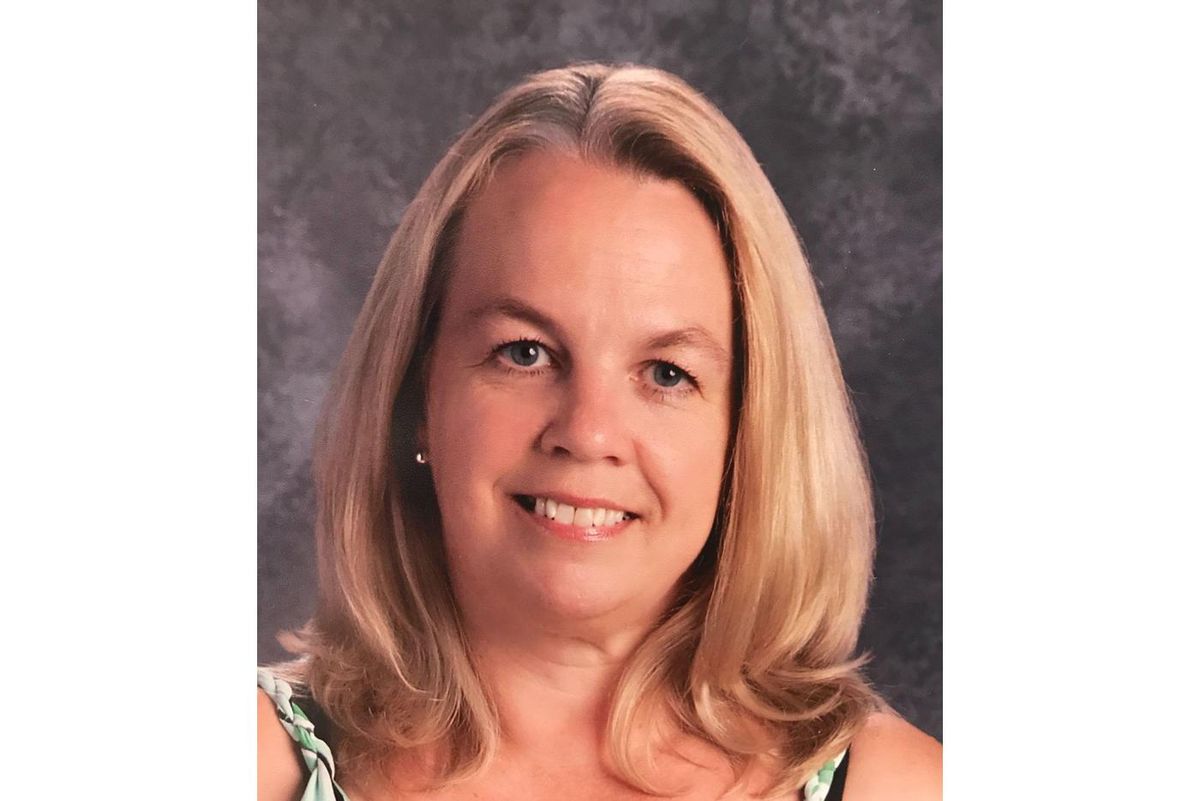 It started with a swollen lymph node, a small painless bump on the left side under my jaw bone and my back molars.

When I first noticed it, I'd just stopped taking antibiotics for a tooth infection, and I thought the swollen lymph node was a reaction to that.

It was also March 2020 and the Covid-19 pandemic had just begun, so I was preoccupied. I was working remotely as a school administrator and was focused on my students while trying to help my own children adjust to remote learning at the same time. I just wasn't thinking much about my own health — and the thought of cancer didn't even cross my mind.

Over the next five months, however, the bump slowly got larger, even though it didn't cause me any pain. I finally made an appointment with my primary care physician, but he couldn't identify what was going on. I'd had a bout with breast cancer seven years prior, though, so he was concerned and recommended I get it checked out further.

It was mid-September by the time I went to an ear, nose and throat specialist (ENT) who specialized in treating cancer. The doctor examined my lymph nodes, which were visibly swollen by then, and ordered a biopsy.

Over the course of the next three weeks, my panic began to rise as I waited for the results and started to fear that it was something serious. Finally, I was diagnosed with mucoepidermoid carcinoma (MEC), a rare form of head and neck cancer that affects the salivary glands. Just one out of every 100,000 people in the United States is diagnosed with MEC each year.

I was scared and shocked: I'd never heard of salivary gland cancer before, and there was no known cause. Unlike some other head and neck cancer, mine isn't connected to the human papillomavirus (HPV).

I took to the internet to research MEC, which did little to settle my nerves. Not to mention that being in the middle of a pandemic made the whole process that much scarier. When I was at the hospital for surgery to remove my submandibular gland — located in the middle of my salivary glands on the left side of my jaw — and 42 lymph nodes, I couldn't have any family with me. My fiancé, Robert, could only join my medical consultations via video chat.

The surgery left me with an incision that made me resemble Frankenstein, and I relied on my sense of humor to get me through. I joked with my family and friends that it was perfect timing for Halloween: I already had a built-in costume.

Recovery went well and a month after my surgery, I returned to work remotely as a high school administrator. In late January, I started radiation treatment, the first of what would be 30 treatments, spread over five days a week for six weeks total.

I felt fine the first week, but after that, the side effects began, and the pain was much worse than I thought it would be. The treatment caused radiation burns — which are essentially second-degree burns — on my jaw and neck. Painful sores formed in my mouth, making it difficult to swallow. The nausea was so bad I could barely keep down what food I did manage to eat. I was constantly dry heaving, lost my sense of taste and had to check into the hospital to get fluids.

The side effects also kept me from one of my favorite hobbies, reading. After having to take a medical leave of absence from work, I thought I'd spend my downtime with my books. Radiation had other plans, however. My brain became foggy, and I couldn't focus on the words or follow plots. I'm someone who's always on the go, and even with the intense physical symptoms, it was difficult for me to simply sit on the couch and do nothing.

Food was another challenge. I love the smells and tastes of a good meal. During radiation, I ate a lot of soft foods like eggs and soups. The smells were enticing, but then I'd take a bite and everything tasted like wallpaper or aluminum foil. It made me think, "Oh my God, what's happened to me?" The only taste that broke through was chocolate. The chocolate ice cream and milkshakes I ate during those six weeks were the most delicious foods I've ever tasted.

These disappointments were compounded by the fact that I didn't feel like my symptoms — especially my nausea — were being taken seriously by my healthcare providers. When I first brought up the nausea, my doctor said, "That's not from radiation."

I replied, "No, I'm telling you it is." I really had to advocate for myself to receive anti-nausea pills and stronger pain medication to treat my radiation burns. It was a constant challenge. There were times when I had to be really forceful and say, "I need you to give me pain medication right now."

In some ways, I felt guilty for questioning doctors who I thought knew a lot more than me. I'm very nonconfrontational and at times struggled to find the courage to speak up. As women, we tend to minimize our pain, and I kept thinking about how other head and neck cancer patients had it much worse. My speech wasn't affected and, beyond small scars along my neck from the surgery, my physical appearance didn't change. I was afraid of taking my doctor's attention away from someone who needed it more, but then I realized I wasn't doing myself any good by sitting around in pain. The doctors needed to know — and they needed to do something about it.

My support system backed me up. A good friend who's an oncology nurse went with me to talk to my doctor about my symptoms. My fiancé took over all cooking and household duties for my three children and me. My 16-year-old son switched to remote learning so he could help Robert care for me. My colleagues sent flowers and provided us with food delivery service gift cards.

I am now four weeks out from my final radiation treatment, and I'm slowly starting to feel better. Currently, I'm still eating soft foods, including baked potatoes and spaghetti with butter and cheese. I can eat things like steak or hamburgers, but I have to cut them into really tiny pieces to get them down. They don't taste like anything to me, so I'm really just eating meat for the protein. I can still taste chocolate, and salty flavors are starting to come back.

I've lost 26 pounds now, so I'm trying to eat as much as I can, even if it tastes metallic or like wallpaper paste. I hope to return to work and the students I miss before the school year is over.

Because my cancer is so rare, there are very few clinical trials and alternative treatments. My only real option for treating it is radiation, especially if my cancer recurs after I enter remission, and that can be pretty unnerving. I worry about the future: I'm only 53, and my mom died from breast cancer when she was just a year older than I am. Having seen how profoundly impacted my younger siblings were by her death, I worry about my 16-year-old son and 12-year-old twins losing me, but I remain hopeful.

This journey has taught me that I can't be afraid to speak up when something doesn't feel right. Doctors might know more about medical conditions, but they don't know your body better than you do. If you're not feeling well, trust yourself — and then fight as hard as you can to get the care you deserve.

This resource was created with support from Merck.