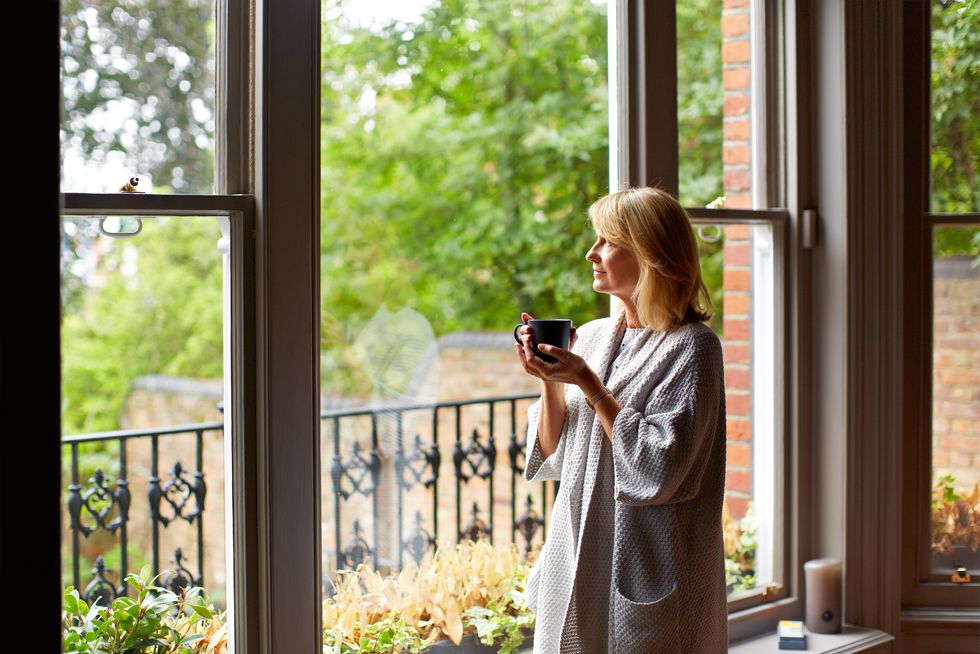 Health writer Sheryl Kraft tells how a medical emergency—having a detached retina—forces her to slow down and reconnect with the people and natural world around her.

It's crazy how time seems to go faster and faster the older we get, isn't it? I read that somewhere once. Whoever wrote it explained that it was something about the measurement of time related to the ratio of years we've already lived versus the years we have left to live. Trying to explain this further or understand it more precisely makes me think too hard and hurts my head, so I won't. (It also makes me all philosophical and edge precipitously close to an all-out existential crisis, which I'd prefer not to do. Especially now.)

That's because I recently suffered what is mostly one of those "age-related," crisis-y things that happens: a detached retina.

I'll spare you the details, or rather invite you to read all about it here.

But getting back to my reason for this post … slowing down time.

I've often thought that besides growing older, another reason time moves so quickly is that I'm trying to cram too many things into too little time.

Do I overestimate the power of a minute, an hour, a day, or do I underestimate how much time each thing will actually take to do?

And then, of course, there's this: Time seems to move quickly when we're enjoying what we are doing. Ah, the bliss of being fully immersed and in that "zone." You look up from what you're doing, and, in what feels like a flash, it's four hours later.

Conversely, time crawls when we're bored or unhappy and all we want is for that chunk to break into tiny little pieces and be over—quickly.

But I digress. Back to my detached retina.

This was a medical emergency and I needed surgery, after which I had no choice but to rejigger the way I spent my time. For the first week I had to rest my eyes (doctor's orders!) which meant no reading—at all.

That gave me a lot of time to think about time itself—how I spent it, how I wasted it, how I missed it.

And it was about time that I realized a lot of things, both good and bad, about time. Sometimes, it takes a little shaking up to bring you to your senses, after all.