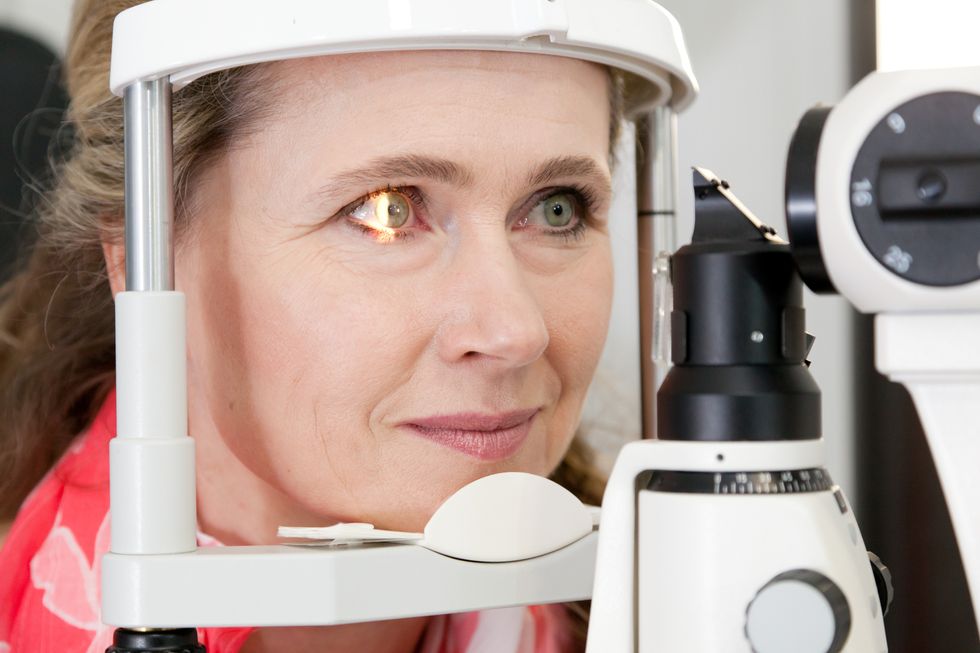 Tales From a Retinal Detachment

HealthyWomen writer Sheryl Kraft recently experienced a health crisis of her own. She tells a cautionary tale of dealing with a detached retina.

I read somewhere that most of the things we worry about never end up happening. Instead, it's the ones we don't worry about that catch us unprepared.

Such is—and was—true when I recently suffered a detached retina.

Like so many other health conditions, this was one I never paid much attention to. While it's true you can't know about every possible health scenario that may befall you or someone else, somehow this one was never top of mind for me.

Quite coincidentally, days before my retina decided to detach I interviewed an ophthalmologist for an upcoming story I was writing for Parade Magazine on eye conditions. Had it not been for that interview, I'm not sure that I would have had, in the back of my mind, all the facts to alert me to the possibility that what was happening to me could be a true medical emergency.

It began around Wednesday of that week. When I woke, my left eye felt "funny"—a bit irritated and tender, as if I might be developing a stye. I examined my eye closely in the mirror and noticed a tiny white pimple on the eye's inner lid (it turns out this was totally unrelated to the detached retina; it was just coincidental).

Later that day, I had planned to pick up a new supply of contact lenses at my ophthalmologist's office and asked the optometrist to take a "quick look at my eye" because it felt irritated. "I might be getting a stye," I told her. "There's a little white pimple there."

CAUTIONARY LESSON #1: NEVER LEAD THE WITNESS. Don't tell the doctor what you think is wrong with you. Let them take a look without any bias or suggestion.
After a quick look through one of her instruments ("look right, look left, look up, look down"), she agreed that I could indeed be developing a stye and advised me to apply a warm compress a few times a day.

CAUTIONARY LESSON #2: IF YOU ARE EXPERIENCING A PROBLEM WITH YOUR EYE, INSIST ON A DILATED EYE EXAM. This gives the doctor the best view of the back of your eye where many common diseases and conditions occur.
As the days wore on, my eye irritation continued. And I continued to ignore it, pushing it to the back of my mind, thinking it would resolve itself.

But a few days later, on a Saturday morning, I was preparing to drive to visit my sister, about 90 minutes away. My vision still felt fuzzy, my eye still not quite right, and I grew uncomfortable about making the drive.

Was this all in my head? I covered my right eye with my hand and noticed a dark shadow obscuring some of the vision in my left eye. I waited a few minutes and tried again. Same result.

I suddenly recalled part of my interview days before. "Typically, we see retinal detachments or tears between the ages of 55 and 65," Michelle Andreoli, M.D., clinical spokesperson for the American Academy of Ophthalmology told me. "Our eyes are hollow, fluid-filled organs. The inside contents are clear, slimy jelly that are attached to the retina at the back of the eye.

"When we're born, its consistency is thick and rigid, but as we age this jelly shrinks, until it can't fill the eye anymore. At that point, it pulls free of the wall of the eye and floats to the middle." (This is all normal, age-related stuff, by the way, and it's the reason you may see floaters, which are a normal process of aging.)

But what can happen next is not as common: Because the fluid is sticky, it can get caught or stuck to the retina and tug at it, resulting in a tear or, worse, detachment.

I didn't have the typical symptoms of a retinal detachment: a sudden or gradual increase in either the number of floaters or light flashes in my eye. But I did have another symptom, which the Mayo Clinic describes as "the appearance of a curtain over the field of vision." As for why it happens, risk factors include aging, inflammation, family history, previous eye surgery, a severe blow to the eye or nearsightedness. (I am nearsighted, but not extremely so.)

I also remembered what Dr. Andreoli told me as I picked up my phone to call my ophthalmologist: A detached retina is a medical emergency.

Most ophthalmologists have an on-call service that can get in touch with the doctor in a case like this. Minutes later, when my doctor called me back, she asked me the obvious questions: Did I see floaters or flashes of light? No. Had I injured my eye? No.

"I think it's safe for you to wait until Monday and come in first thing for a dilated eye exam," she told me.

But after I got off the phone, I couldn't stop that nagging feeling that something was wrong. I paced the house for a few minutes, arguing with myself. "It's a Saturday; I hate to bother her on her day off. She probably hates the fact that she has to open up the office just for me. And what if I'm over-reacting? Maybe it's nothing."

CAUTIONARY LESSON #3: Don't ignore your instincts about your body. It's your body, and you and only you know how it functions and what feels or appears out of the ordinary.

Read another woman's account of preventing a retinal detachment.

Just a few minutes later, I dialed her back, drove to her office and was examined. She determined the problem, referred me to a retinologist (who was also on call), who confirmed her diagnosis and performed surgery to repair my detached retina in his office later that day.

There are various procedures to repair a detached retina. Mine was done by inserting a gas bubble, which is slowly absorbed by your body, into the eye to keep my retina in place. As a result, I had to keep my head upright for the first week to keep the bubble from moving. (Yes, that included sleeping!)

A little over two weeks have passed, and while my retinologist says I'm "not out of the woods yet," he says things are healing well. I'm able to sleep any way I wish, since the bubble is gone (sleep feels like a true luxury now). I'm able to exercise very lightly, which at least satisfies my urge to move. But I'm banned from reading for more than four hours each day, which is a huge frustration and challenge (it's amazing how many times each minute I have to stop myself from checking my emails and texts!)

But that will slowly change as I continue to heal (although the digital detox and slowing down have been kind of nice, I'll admit).

Most retinal detachment surgeries are successful although sometimes a second operation is needed, according to the American Academy of Ophthalmology. The more severe the detachment, the more likely it is that total vision—which can take many months to return—can be restored.

As the late great writer Nora Ephron said, "Everything is copy"—meaning that everything that happens to you is game to write about. I'm trying to look at the bright side of what happened. I now have more topics to add to my list of things to write, including how I discovered the lost art of phone conversation and how a medically induced digital detox opened my eyes, among others.

Hold On to Summer With These Health Habits

What to Expect When Your Eyes Start Changing

Bookworms More Prone to Be Nearsighted