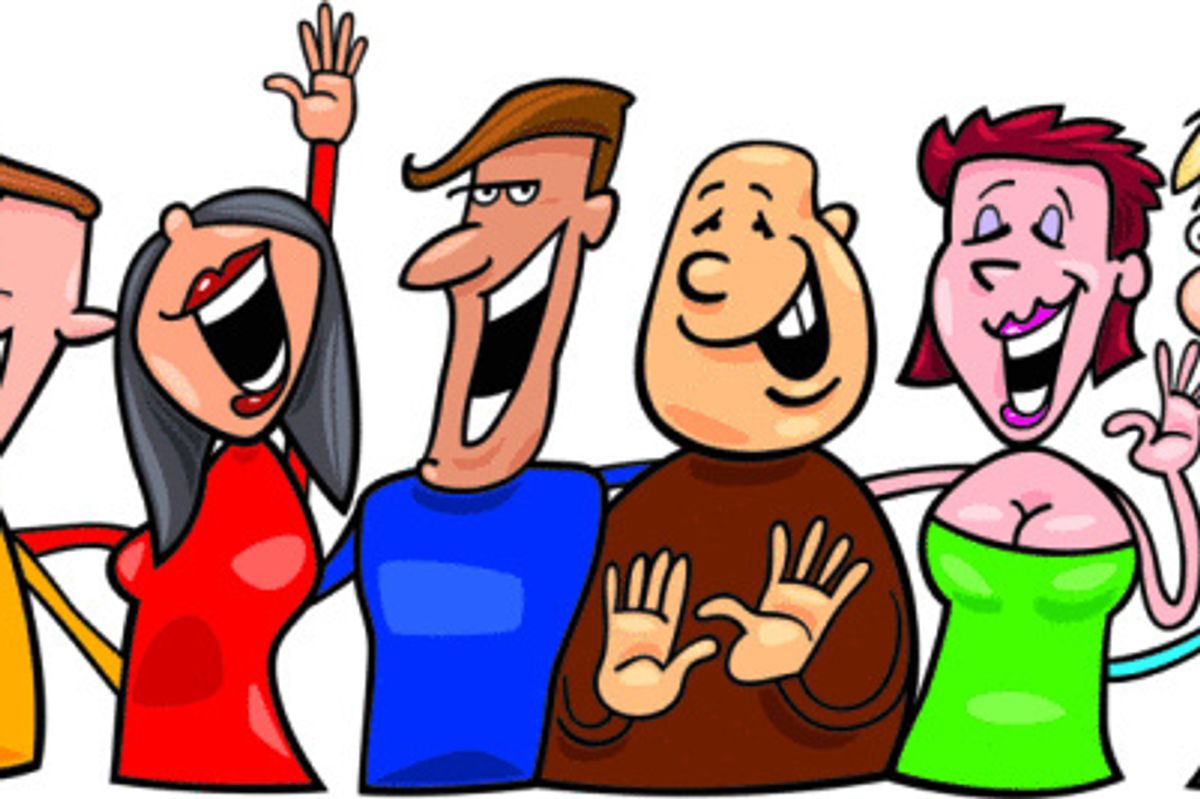 Happiness: Is It All In the Genes?

Some people are naturally happy people. It's like they're born that way. I'm sure you know one or two – or maybe you're blessed to be one, yourself. Their moods are generally upbeat and positive. They smile effortlessly. They shrug off negative, sad emotions as effortlessly and naturally as wiping away a speck of dust.

Some people are naturally happy people. It's like they're born that way. I'm sure you know one or two – or maybe you're blessed to be one, yourself. Their moods are generally upbeat and positive. They smile effortlessly. They shrug off negative, sad emotions as effortlessly and naturally as wiping away a speck of dust.

And what of the others? The people who struggle with happiness? Well, I can tell you about that first-hand. For me, being happy takes effort. It's not that I don't feel it or am not capable of it; it's just that I have to seek it out; try hard at it. Being introspective does that. So does being like a sponge and soaking in all the energy around me– both the positive AND the negative.

While researching happiness, I've come upon some really interesting stuff. One is that scientists have actually found a happiness gene. This accounts for the naturally happy people I often envy. This gene variant (they have inherited two copies of a gene, rather than one, and are referred to as “LL" carriers) helps them dwell on all that is good rather than all that is bad. This gene variant, scientists found in a study, is responsible for the subjects taking longer to recognize negative images over neutral ones; they may simply be subliminally drawn to the more positive images. They don't have to be told to “look on the bright side;" instead, they naturally gravitate toward it.

Which leads me into the next finding. Though obvious, it's a good reminder of why it's important to try to be happy: Happiness helps people stay healthy.

A study in 2005 found that happier people have healthier levels of key body chemicals than do people who have to work hard at feeling happy. One of those chemicals is cortisol, that nasty stress hormone. Why is it nasty? High levels of it are linked to conditions like type ll diabetes and hypertension. Through testing saliva samples taken at 8 different points during a working day after being given mildly stressful tasks, scientists found that the happier subjects had lower cortisol levels during the day. And men enjoyed the added benefit of a lower heart rate (why women didn't is not understood).

Happier people also had lower levels of a blood protein called fibrinogen, which makes blood sticky. High concentrations of this protein can be a predictor of future coronary problems.

So, maybe those of us with the short end of the stick – er, I mean, gene - can be happier. After all, it seems to me that happiness is partially about the way we react to our environment.

Check back later this week when I share easy to follow, common-sense ways to be happy, which I eagerly learned during my recent weekend eye-opening workshop at the Kripalu Center for Yoga and Health with acclaimed teacher Tal Ben-Shahar, Ph.D., one of the most popular lecturers at Harvard.

I came away with so much helpful and valuable information - and I'm happy to spread the word.

Regular exercise, especially cardio, changes the brain. The trick is to pick an activity that you love.